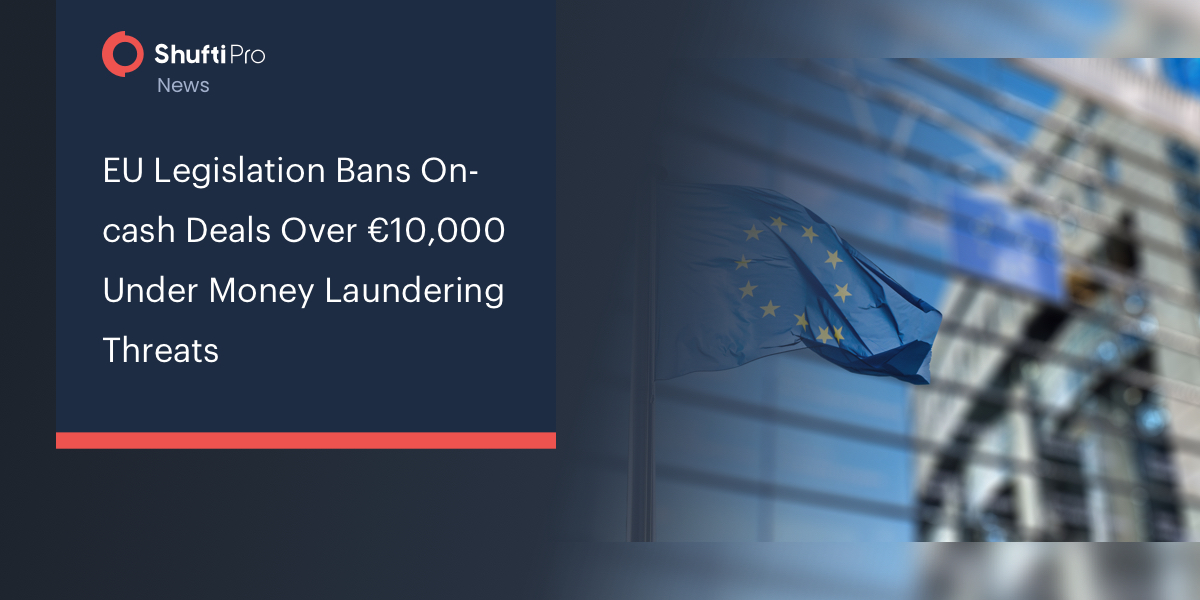 The European Union’s ban on cash payments over €10,000 for transactions such as car payments is expected to come into effect within three years.

The EU legislation is being considered in an attempt to prevent cross-border money laundering on a wider European basis. Sources revealed that EU’s regulatory framework has banned cash payments over €10,000 for transactions like car purchases, funeral bills or home improvements. The ban is expected to come into effect within three years.

The EU’s attempt is considered in an attempt to prevent cross-border money laundering activities on a wider European basis affecting a large section who operate solely on cash.

“The proposed measures extend the capping for large cash payments to services too, so that for example funeral services above €10,000 would have to be paid through card or via a bank.”

Mairead says that the focus for FinCrime prevention must go beyond large-scale businesses and financial infrastructures and target antiques, car purchases, jewellery, and unusual items like funeral charges.

The ban not only aims at fighting money laundering but also focuses on fighting criminal activities in the digital society that the European authorities are looking forward to in the years ahead. The Commissioner also added that the European Central Bank (ECB) is examining the digital euro and the potential risks it will bring into the economy.

Heaviest cash users of the EU reside in Germany and Austria. However, digital payments predominate in Sweden and Ireland lies between the two extremes. Some businesses prefer cash payments to avoid income tax, however rules on how people can spend money might raise privacy and civil liberties concerns.

Last month, Ms McGuinness also revealed that a new EU Anti-Money Laundering Agency will be established. It was a recognition that free movement of capital across the EU opens gates for many criminal activities and so, cross-border cooperation needs tougher regulations.

“As things stand all these businesses are subject to supervision at national level to ensure that they apply anti-money laundering requirements. Our plan is to extend the scope of EU rules to traders in precious metals and stones, professionals assisting third country nationals in obtaining golden visas, and mortgage and consumer credit providers or intermediaries that are not licensed as financial institutions.”