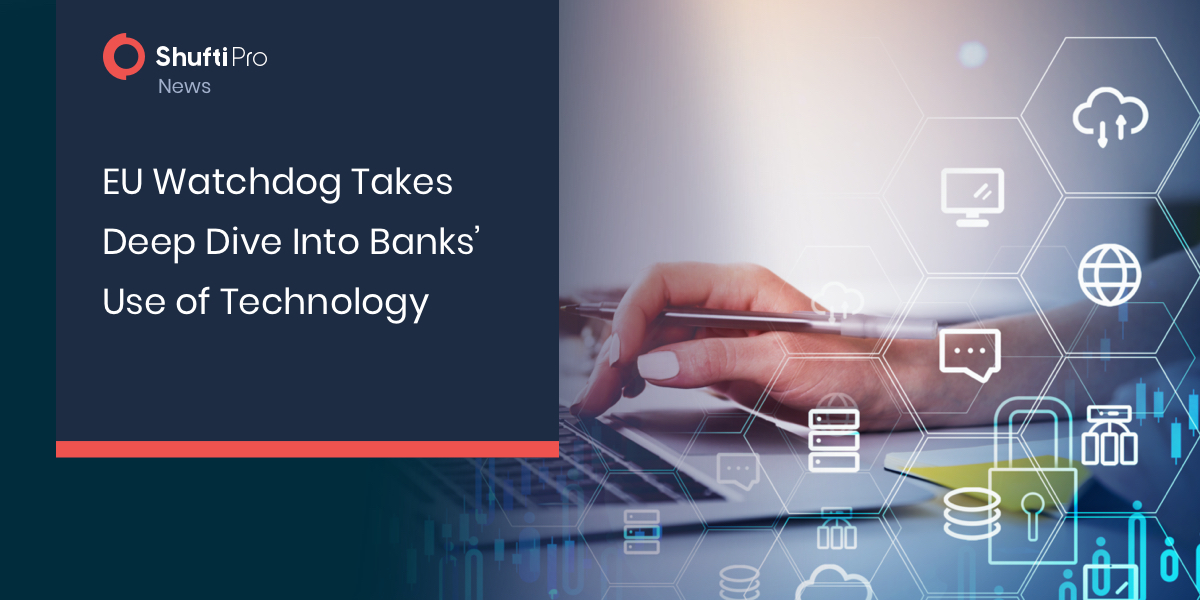 EU Watchdog Takes Deep Dive Into Banks’ Use of Technology

EU’s banking watchdog has recognized the need for RegTech solutions and proper regulatory standards to encourage its mass adoption.

On Tuesday, the European Union’s banking watchdog highlighted the need for having proper rules in place to encourage the use of RegTech solutions in the financial space.

EBA has recognized the need for RegTech solutions by stating that such technologies enhance regulatory compliance and expedite routine tasks, all of which lead to fraud prevention, risk mitigation & reduction in human error. #NewsPicks #Europe #regtech #ShuftiPro

The increasing reliance of banks on RegTech solutions leads to the automation of fraud checks and better reporting of data to regulators, as stated by the watchdog.

Some other reasons why RegTech solutions have become a necessity in finance and banking include compliance with Anti-Money Laundering (AML) regulations, automated monitoring of customers and their transactions, sending data to regulators, and assessing whether the customers can afford loans.

However, the lack of regulatory standards for this growing sector could lead to barriers in the mass adoption of the RegTech market, the EBA said.

Adding to this, the EBA stated:

“There is a need to have an efficient knowledge exchange and to continue to improve the knowledge and skills of regulators and supervisors on RegTech,”

“In the longer term, additional actions, such as the creation of a centralized EU database of RegTech solutions or a potential certification of RegTech … could be further explored and considered at the EU,” it said.

However, major obstacles in the mass adoption of RegTech solutions are located within banks and RegTech firms, making them responsible for taking action, said the watchdog.

Such actions include sufficient data, internal control policies and processes, and adequate knowledge about RegTech.

The EBA also added it was committed to imparting “neutrality towards the use of technology by banks, meaning that no specific technology is preferred or discriminated against when it comes to setting rules for lending bodies.

To present the findings of this report, the Paris-based regulator has scheduled a webinar in the fourth quarter of this year.