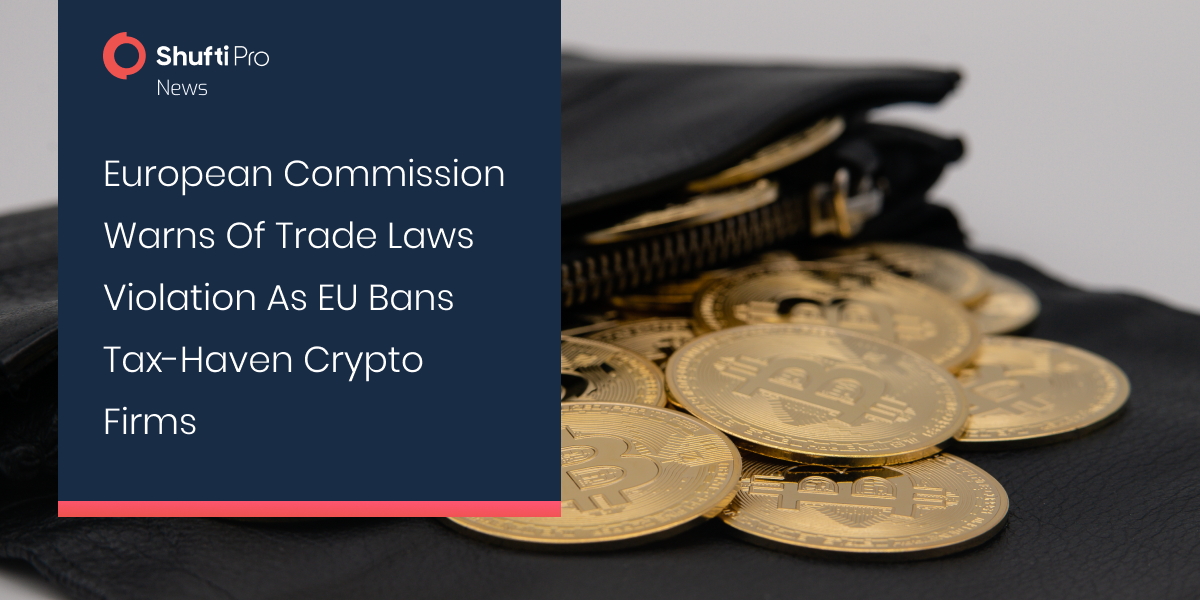 The European Commission has issued a new warning on breaching global trade laws as the EU bans tax-haven crypto corporations.

According to a European Commission document, a proposed ban by the European Union (EU) on crypto providers that offer services from tax and money laundering havens constitutes “serious suspicions” and could lead to violating the global trade laws.

Crypto-asset providers shouldn’t be authorised to deliver services to the bloc if they are from some dubious jurisdictions such as Panama, as declared by the lawmakers of the European Parliament. But Commissions officials known as the Markets in Crypto Assets Regulation (MiCA), who are moderating late-stage talks on the laws puts forwards their disagreement.

As lawmakers wanted it to be maintained by the EU’s security-market watchdog European Securities and Market Authority (ESMA), major concerns regarding the feasibility and proportionality of a black list of non-compliant crypto assets service providers have been raised by the Commission.

Moreover, the World Trade Organisation further added that such a prohibition might create barriers varying on the condition of the service in the EU and may contribute to the breaching of international commitments taken.

Suggestions have been given by the Commission to leave such initiative to a wider re-draft of anti-money laundering (AML) laws that extensively covers the area of banking and legal professions dealing in better terms while claiming that the criteria for the list were unclear.

“We could request the European Officials to reconsider and if still considered necessary shall wait for the final discussions on the AML regulations”. The paper asserted.

The Parliament voted on the favoured version of the draft law of the non-paper commission document back in March narrowly avoiding restrictions on the bitcoin(BTC) ban. The upgraded version of the list consists of territories such as the U.S, Panama, and Virgin Lands.