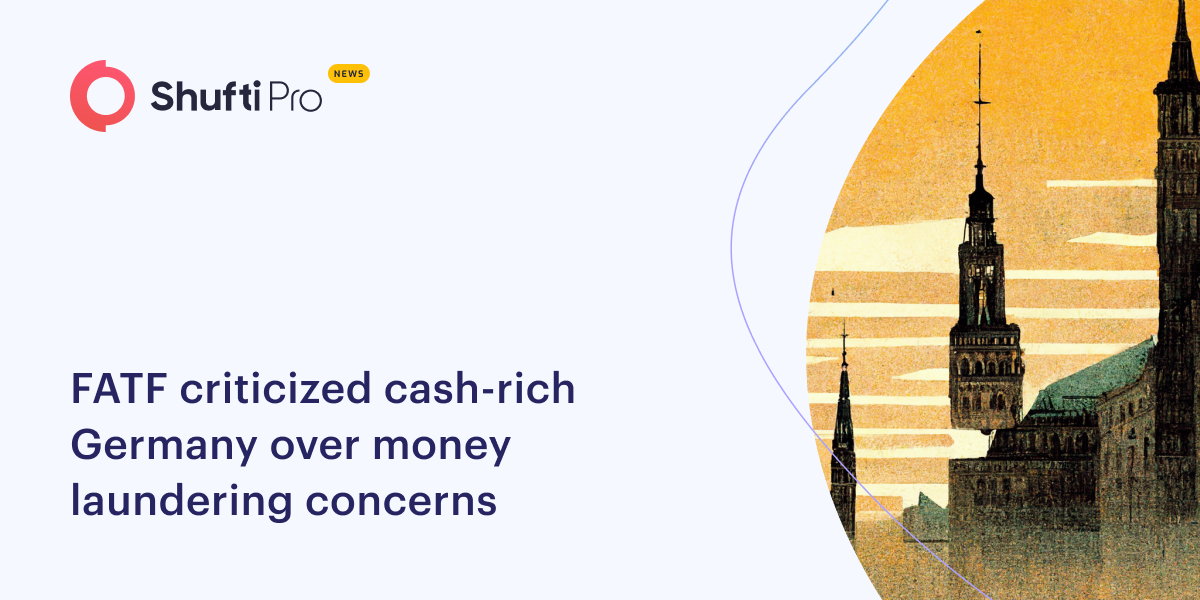 FATF dealt a blow to Germany’s reputation, which considered itself high regarding its reputation for integrity. German operational and regulatory measures need improvement to tackle money laundering activities.

FATF assessed a sequence of failures, including lacking control of those entities which handle large sums of money. The evaluation highlights that despite understanding the risks, Germany has not done enough measures to tackle the shortcomings in its AML control systems.

According to the evaluation done by FATF, Germany’s score is lower than the second biggest economy of the European Union, that is France. It caused Germany to report annually in the coming years to the regulatory authority regarding progress and measures to remove the flaws. Christian Lindner, Germany’s finance minister, acknowledged the issue and ensured the centralization of the control. Moreover, he pledged to have the additional staff as well as the upgradation of the authorities’ technologies. “We deal with the small fish while the big fish get away,” he told journalists before the report’s publication. Moreover, he stated that he would be endeavoring to follow the money.

In European Union Member Countries, Germany has more banks compared to others. According to FATF, Germans prefer to use cash, which contributes to making up three-quarters of transactions.

According to FATF, in 2020, the prosecution of about 1000 people was done by Germany. Despite more than 37000 inquiries opening, the level of conviction is very small. The FATF pointed out the risks related to money laundering from hawala payments, which actually means ‘transfer’ in Arabic. In the Middle East, moving payments through agents of a trusted network operating outside banks is quite common.

The body stated that more than 11 million international migrants are in Germany, making it the third largest worldwide. FATF emphasized Germany on taking additional measures to minimize the risks concerning cash and hawala services effectively.

Konrad Duffy of Finanzwende, a group advocating financial transparency, said that German authorities should have more power. It is needed to tackle money laundering. Moreover, authorities should implement strict rules on buying properties in cash.