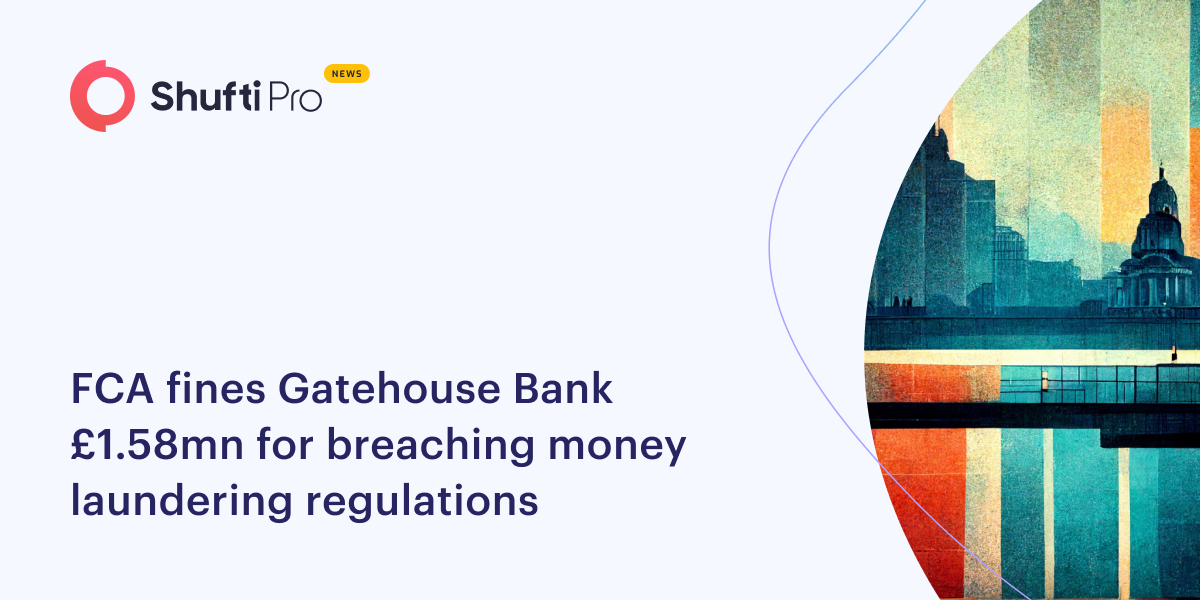 The Financial Conduct Authority (FCA) has fined Gatehouse Bank £1.58 million. The regulator discovered “serious shortcomings” in the lender’s AML rules and processes from June 2014 to July 2017.

Investors and customers of Gatehouse “primarily originated” from countries that posed a greater risk of money laundering over the three years mentioned by the regulator, and a few of them were “politically exposed persons.”

According to the FCA, the lender violated four sections of the Money Laundering Act 2007. This included fundamental client due diligence, running checks to prevent money laundering as well as terrorist financing, continuing to monitor the situation for better reflecting levels of monetary risk, and providing resources for compliance.

The regulator claimed that the bank was “under-resourced” at the time and that the three lines of defense strategy “did not operate effectively” which resulted in staff failing to conduct adequate customer monitoring.

The FCA highlighted one example in which Gatehouse created an account for a business based in Kuwait so that it could collect funds for some real estate projects. The lender, according to the FCA, depended on the business to perform due diligence on its clients, many of whom were “high risk, high net worth” clients.

According to the regulator, Gatehouse did not force the Middle Eastern business to gather the data necessary to comply with UK money laundering regulations based on these clients’ wealth. This company provided the bank with $62 million (£55 million).

The FCA stated that it had considered the fact that the lender was evaluating and enhancing its anti-money laundering procedures at the time otherwise, the penalty would’ve been £2.26 million.

The FCA did not identify the Kuwait-based company Gatehouse neglected to conduct checks on, but it introduced “many” clients to the bank, as the regulator learned upon further inquiry. This indicated that the lender had no direct dealings with specific clients.

The FCA stated that Gatehouse devised and put into place “a new suite” of AML and financial crime-related guidelines and processes from the middle of 2016 to the mid- 2017.