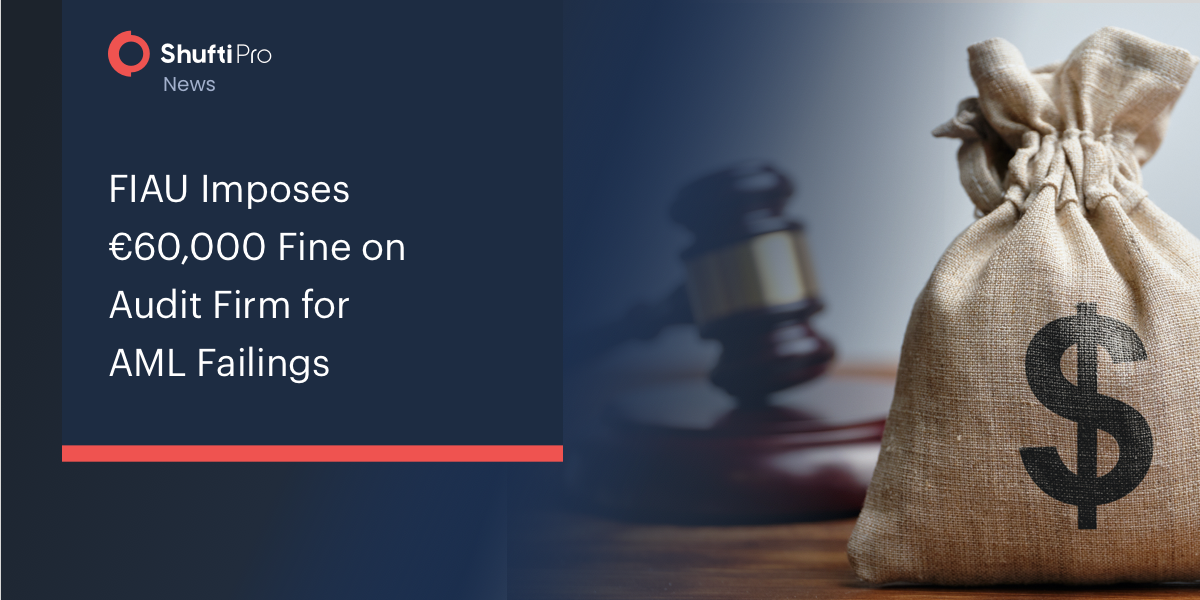 The Financial Intelligence Analysis Unit (FIAU) has imposed a €60,000 fine on the corporate service providers and an audit company, as they have failed to report money laundering and suspected tax evasion activities to the regulatory bodies. The law enforcement unit has executed an offsite review of RGN Malta and identified a Singapore-based client involved in suspected financial activities.

According to FIAU, There were numerous red flags in the firm’s activities, including that its beneficial owner was first listed as a contact person, and subsequently another individual. The intelligence unit has also determined that the firm may be owned by a third entity. This third person is the partner of the second listed beneficial owner, who was providing the company with rent-free office space. Due to this, RGN didn’t charge the Singaporean customer.

The FIAU while looking into several loans and vessel transfer agreements concluded that the way of structuring the transfer and the purpose of such a structure raised several questions on the source of money being used. However, the third person was never formally enlisted to indulge in the Singaporean firm’s operation. In addition to this, FIAU has also observed that there was no corporate rationale behind the free rental scheme if such a link didn’t exist. Consequently, it was crystal clear that RGN was aware of this link.

The FIAU also concluded that there were numerous irregularities in the RGN transaction monetary framework as they were not able to identify the signs of suspicious transactions connected to money laundering and tax evasion activities, which were to be reported to the regulatory entity. Due to this reason, FIAU has also screened the files related to companies listed as beneficial owners. Even in this situation, the entity’s source of money was their partner which is again a red flag.

However, the investigation recognized that the two individuals had personal relationships that were involved in sharing wealth through complex transactions resulting in raising more questions. These transactions were believed to be suspicious and anonymous, with one person funding and controlling the firm evidently owned by their partner. In this case, FIAU found the signs of financial crimes and again RGN failed to report such activities.

The intelligence unit also considered another firm, this time the third person was listed as its beneficial owner, through this company, the individuals were carrying out high valued transactions through sales of properties, loans schemes, and many other ways.