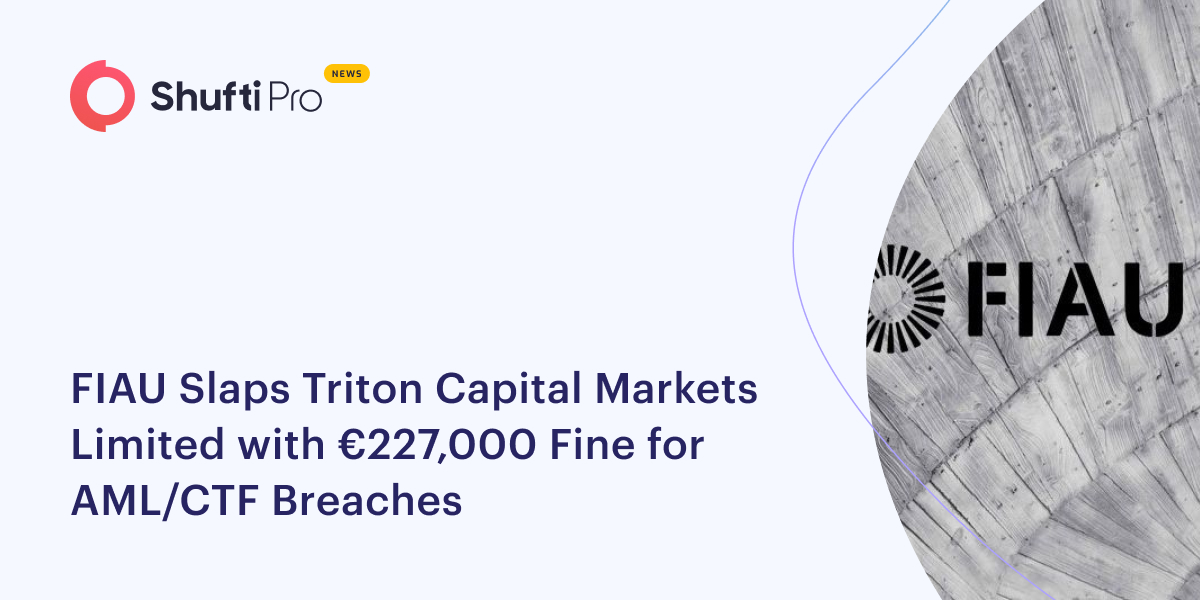 The FIAU stated that Triton Capital Markets Limited (formerly FXDD Malta Limited) was asked to present its most recent Business Risk Assessment (BRA) and supporting documentation before inspection, but the company failed to do so.

The FIAU observed, “the investment services company had failed to take appropriate steps, proportionate to the nature and size of its business, to assess the risks of money laundering/terrorism financing arising from its operations and to adequately document such assessment”.

Another issue highlighted by the AML watchdog was that no files examined had any documented Customer Risk Assessments. Additionally, it was found that the client risk assessment that had been established was not thorough and strong enough to allow the business to comprehend the risks posed by clients and successfully implement the risk-based approach.

Eight files were found to have no proof that Enhanced Due Diligence procedures had been used during the assessment. The corporation responded that its Risk Matrix contained a sample list of additional procedures that all high-risk corporations must implement. However, the FIAU discovered that the processes were overly general and incomplete because the majority of the actions were aimed at getting proof documents or establishing the client’s residence address.

It was found that the business had failed to check that the risk management policies put in place were appropriate for the levels of risks that had already been faced or would be confronted.

The FIAU also discovered that in four of the documents it examined, the corporation failed to take the appropriate precautions for all of the individuals concerned. The client was not identified as a politically exposed person in the system, and neither was there any proof to support this status given during the visit or found on the document during onboarding.

Triton Capital Markets Limited also received a follow-up directive to make sure the business complies fully with the rules set by the AML regime. The company must have an Action Plan ready to ensure compliance after the reported violations.

FIAU Imposed a Fine of €130,000 on Olimp Limited for AML Failures