FIAU Imposed a Fine of €130,000 on Olimp Limited for AML Failures
Skip to content 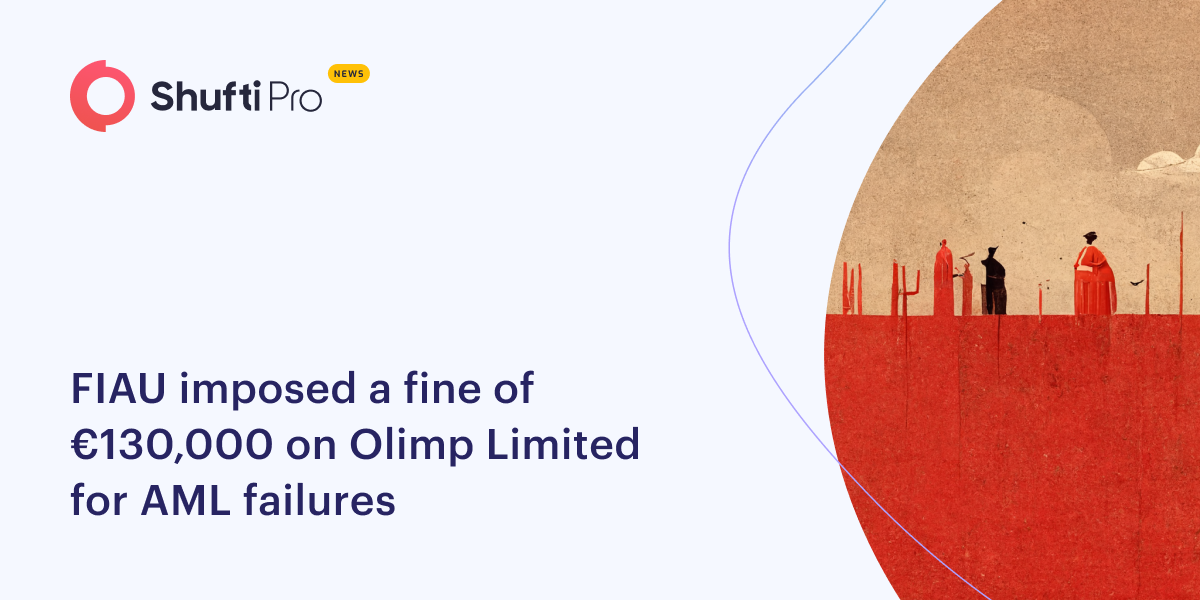 FIAU Imposed a Fine of €130,000 on Olimp Limited for AML Failures

Olimp Limited has dropped its gaming license since FIAU imposed €130,000 fine on the company for not following AML protocols. Investigation shows that the gaming firm didn’t have a CRA methodology to avoid the potential risks.

The Financial Intelligence Analysis Unit fined a gaming company, Olimp Limited, over multiple AML protocols’ breaches in its operations. The company was handed the fine after FIAU’s inspection in 2020.

Olimp Limited surrendered its gaming license in Malta. The firm was then owned by a Russian national Galina Reed, a parent company owned by the same person, and another holding company based in Cyprus.

FIAU announced the fine and pointed out several shortcomings that Olimp Limited had in its system. FIAU pointed out that the gaming firm did not have a Business Risk Assessment (BRA) established during the compliance examination.

Olimp Limited informed the Committee about having a draft of the BRA in 2020. According to FIAU, a review of this draft showed that the company failed to identify the possible threats and could not determine its administrative risks.

The company was expected to compile a list of actual and potential risks. These would then need to be assessed over the likelihood of happening versus the effects that such risks would leave if they actually happen. This assessment will allow the gaming firm to identify its inherent risks. The BRA also needs to get assessed to ensure that the controls are robust enough to alleviate the risks and determine if more precautionary measures are required to tackle them.

“Instead, the draft document outlined the action points that the Company needs to implement to mitigate its risks, and a list of risks, without any indication as to how such risks were assessed or what controls are being done to mitigate,” the FIAU said.

FIAU also investigated that no documented CRA or customer risk assessment methodology was established during the compliance examination.

The compliance examination noted that the company outsourced the MLRO (Money Laundering Reporting Officer), and he did not have an employment relationship with the gaming firm. He worked with an IT company and was a legal & compliance officer. The FIAU’s committee members reiterated that the responsibilities of MLRO can’t be outsourced.

The committee considered that a few months before compliance examinations’ commencement, the country was included in the FATF jurisdictions’ list with strategic deficiencies.

“While it could have been the case that the risk rating of the players was carried out prior to the inclusion of such country into the said list, the Company was expected to have measures in place to identify such a change and apply EDD measures on these players, in line with its legal obligations yet also considering the particularities of the relationships subject to the EDD requirement,” the FIAU said.

After a detailed evaluation of breaches, FIAU decided that Olimp Limited would pay an administrative fine of €130,460. Instead of acting upon the follow-up directive shortcomings, the company surrendered its gaming license.