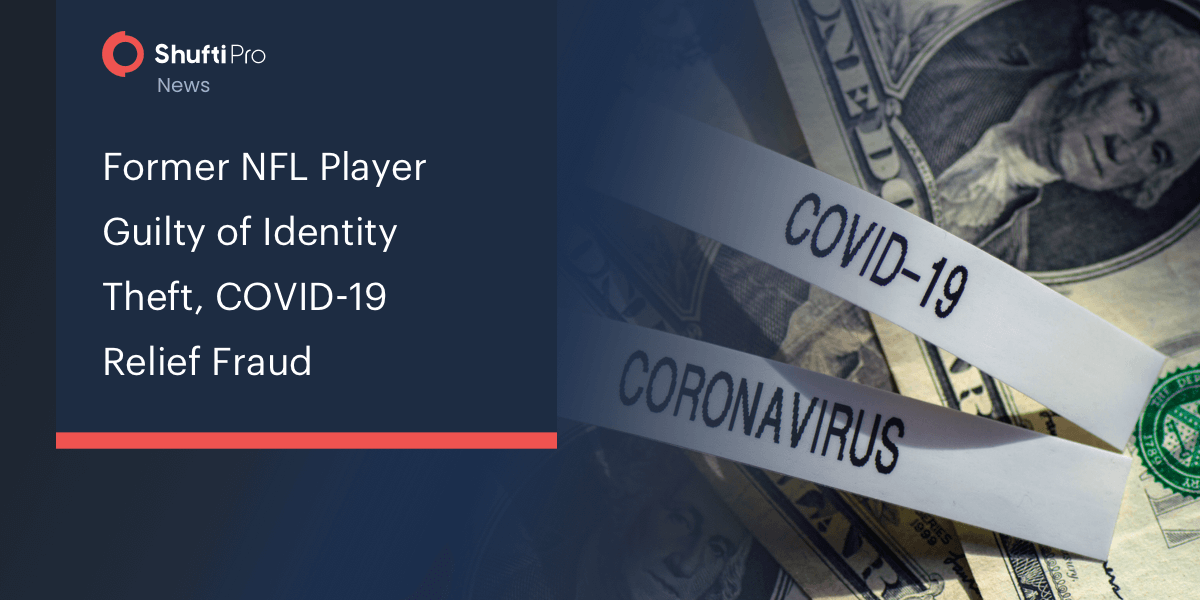 Ex NFL player has been found guilty to one count of unauthorized access device fraud and one count of aggravated identity theft, leading to 12-year imprisonment.

The culprit admitted in federal district court that between August 16, 2020, and September 25, 2020, he used stolen social security numbers and confidential PII of Florida residents to acquire unemployment insurance debit cards from California and to withdraw thousands of dollars from such cards.

The court ruled Thompkins guilty to one count of unauthorized access device fraud and one count of aggravated identity theft, leading to 12-year imprisonment. According to the US Department of Justice, the US District Court Judge Robert N. Scola, Jr. will be sentencing Thompkins on January 6, 2022, at 8:30 a.m. in Miami.

In 2020, the Covid Aid, Relief, and Economic Security (CARES) Act was passed by Congress to help individuals and business entities financially survive the COVID-19 pandemic through the provision of state unemployment insurance benefit programs. However, the FTC reported that complaints related to identity theft more than doubled between 2019 and 2020, reaching a value of 1.38 million. This tally also includes complaints made related to identity theft that caused unemployment insurance fraud.

Financial institutions such as banks typically equip themselves with AI-powered KYC verification technologies to detect fraudulent documents such as credit cards during the initial stage of onboarding. Additionally, AI models detect suspicious patterns within seconds, resulting in the timely prevention of identity fraud and resulting financial crimes.