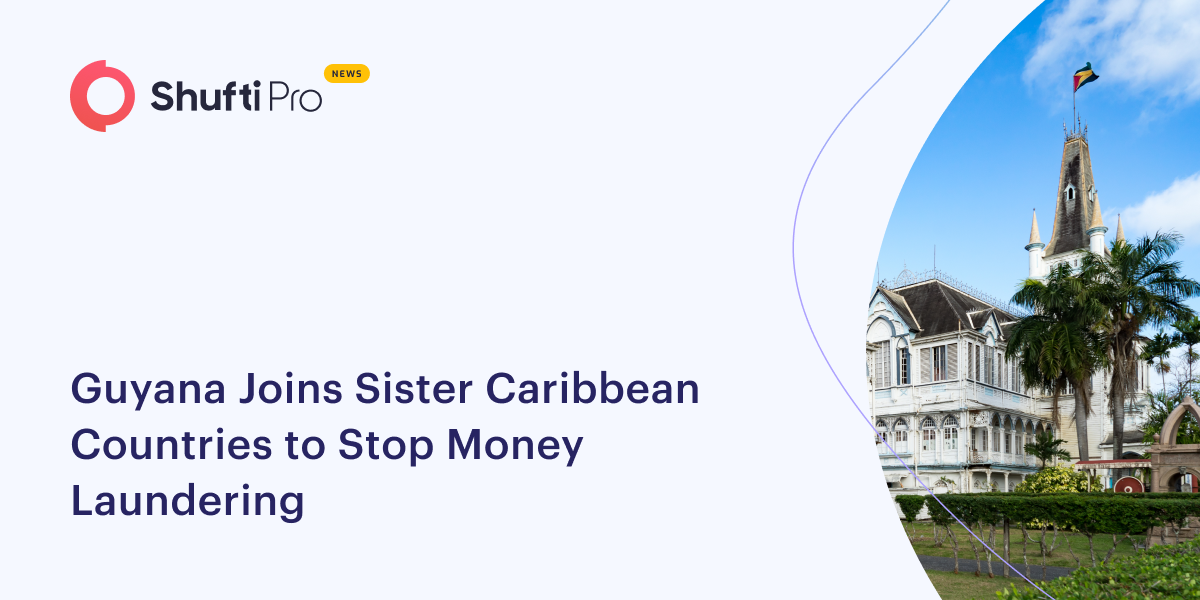 Anil Nandlall, the Attorney General and Minister of Legal Affairs of Guyana, assured that the Country has joined hands with sister Caribbean countries to go after financial crimes and stop money laundering.

He said that Guyana is now officially part of the eight-member administrative steering group of the operational arm. The country is also a part of the RSS (Regional Security Systems) and ARIN-CARIB (Asset Recovery Inter-Agency Network of the Caribbean).

ARIN-CARIB aims to facilitate the exchange of intelligence and focuses on the informal cooperation of law enforcement agencies to recover the assets accumulated from criminal proceedings. Anil Nadlall added that Guyana’s FIU (Financial Intelligence Unit) signed the MoU with other nations, including Bahamas, Bermuda, Haiti, Saint Vincent and Grenadines, The Turks and Caicos Islands, and the British Virgin Islands.

“These MOUs will assist in supporting intelligence gathering and analysis related to money laundering investigations,” added the Attorney General.

Guyana would soon work with the Egmont Group, which enables the secure exchange of information among FIUs across 137 countries. The Attorney General made this statement in the 55th plenary and working group meeting of CFATF (Caribbean Financial Task Force), held in the Cayman Islands from November 27th to December 1st, 2022.

Hundreds of CFATF and FATF members were present at the plenary, which was the first in-person meeting of the CFATF member nations after the pandemic.

The Attorney General had the following remarks:

“At this in-person plenary, Guyana was able to strengthen its position to combat money laundering and terrorist financing (ML/TF) through a number of strategic alliances which occurred on the margins of the Plenary meeting. Guyana’s participation in the Plenary is in line with the Government’s commitment to fighting financial crime and money laundering on all fronts.”

The US, GB, Canada and European Union urged the Guyana government to enforce AML laws by restricting the perpetrators, after which the official announcement from Guyanian authorities came out.

“Guyana’s sturdy anti-corruption policies, together with swift responses to evidence-based cases of corrupt practices, will clearly demonstrate to Guyana’s citizens, and the rest of the world, that the government is committed to transparency, accountability, and responsiveness for the future benefit of all Guyanese,” the Western envoys said last week.

CFATF also held discussions with the Guyana National Bank on the margins of the plenary in line with the sector-specific training of the staff in preparation for the mutual evaluation.