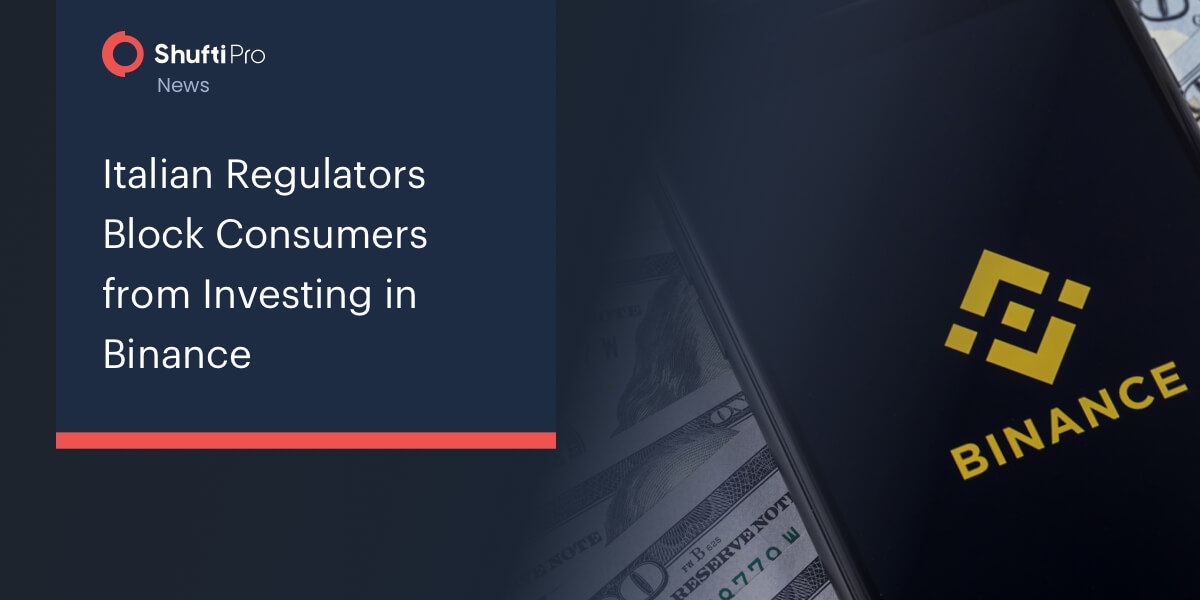 Italy has joined the list of warnings against Binance, directing citizens to avoid investing in the cryptocurrency.

In an announcement from the national securities regulator on Thursday, citizens of Italy have been blocked from accessing the world’s largest cryptocurrency exchange, Binance, on all its platforms.

The announcement made by CONSOB (Commissione Nazionale per le Società e la Borsa) made it clear that consumers are not even allowed to use Binance.com. Adding to this, CONSOB revealed that Binance is not authorized to provide its services and operate in Italy, even though parts of the website were written in Italian.

“It is important that savers are informed that transactions in instruments related to crypto-assets may present risks that are not immediately perceptible, due to their complexity, the high volatility of the prices of these instruments as well as for malfunctions and cyberattacks to which the IT infrastructures used for such operations may be subjected,” stated the regulator.

The new regulatory ban from Italy adds to the list of warnings that have been announced against Binance. UK’s Financial Conduct Authority (FCA) recently banned cryptocurrency trading through Binance in the country over concerns of money laundering and terrorist financing. Other countries also hold a firm stance against the volatile cryptocurrency exchange due to the high risks associated with it.

Binance also received a negative response from Thailand and Japan, while Canadian regulators in Ontario have forced the exchange to restrict its operations.

Statista survey revealed that by 2020, 48% of Italians were using cryptocurrency to make online purchases, pointing out increased adoption of digital assets in the country.

A source from Binance told Insider that the notice from CONSOB does not have a direct impact on the services provided by Binance.

The spokesperson also stated that the crypto exchange is working in collaboration with regulators to maintain compliance. “We are actively keeping abreast of changing policies, rules and laws in this new space”.