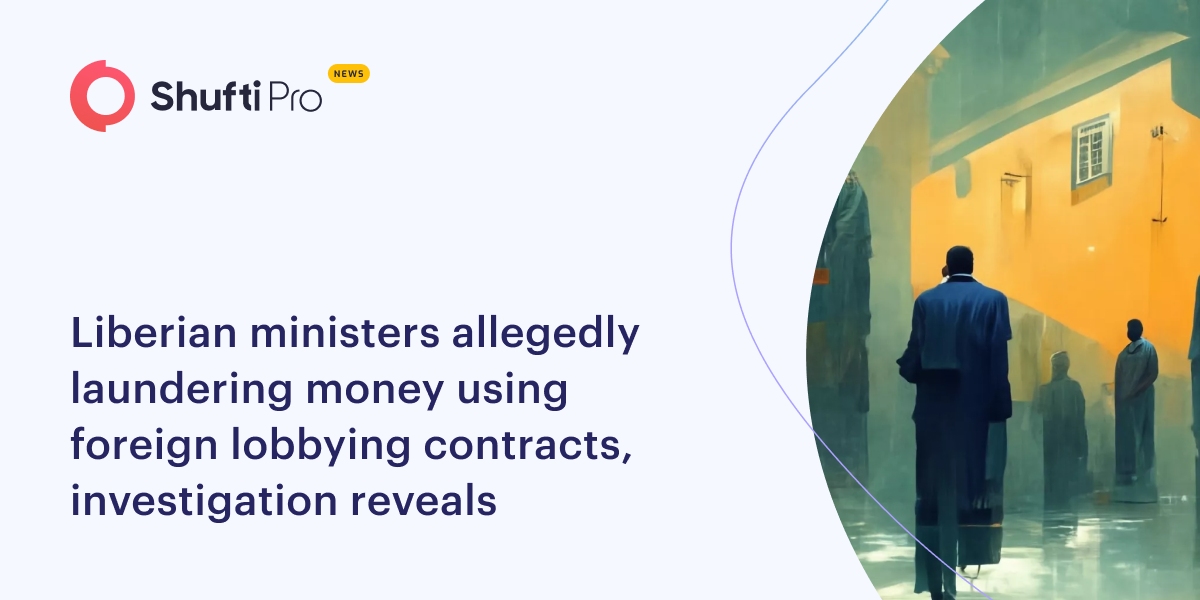 Liberia, one of the poorest countries in the world, is said to spend an enormous and highly suspicious amount of around $3,310,000 in foreign lobbying fees per year.

An investigation by Globe Afrique has revealed a highly orchestrated money laundering scheme perpetrated by Liberia’s Minister of Finance, Samuel Tweah, the Minister of State, Nathaniel F. McGill, and the head of the Maritime, Eugene Nagbe.

Consider this, no other country in Africa and most parts of the world has as many foreign lobbyists per capita as Liberia. But it appears the aim is not lobbying – it is a ruse to hide ill-gotten wealth.

On March 5, 2018, the Government of Liberia (GoL) signed a lobbying agreement with the Friedlander Group at $80,000 per year and paid $20,000. However, on October 30, 2018, Friedlander Group canceled the contract. Still, the Ministry of Finance allegedly withdrew $80,000 from the Central Bank of Liberia.

On August 22, 2018, Gbehzonhngar Findley, the former Minister of Foreign Affairs, signed a contract with KRL International. However, the parties to this transaction failed to report the fee attached to the contract. Still, on September 6, 2018, the lobbying firm terminated the deal, but the Ministry of Finance collected the total payment from the CBL.

Under Mr. Findley, Liberia’s Ministry of Foreign Affairs was busted by the U.S State Department for selling Liberia’s diplomatic passport to transnational criminals. In addition, Andrew Wonplo, the former Director of Passport and Visas, was issued a public designation due to his involvement in “significant corruption and fraud that undermined the rule of law.”

The charge is similar to charges levied against Mr. Toga McIntosh, who sold Liberia’s diplomatic passports to Mads Brugger, an undercover Danish journalist.

Suggested read: US Ambassador Highlights how Liberia can Improve its AML/CFT Laws