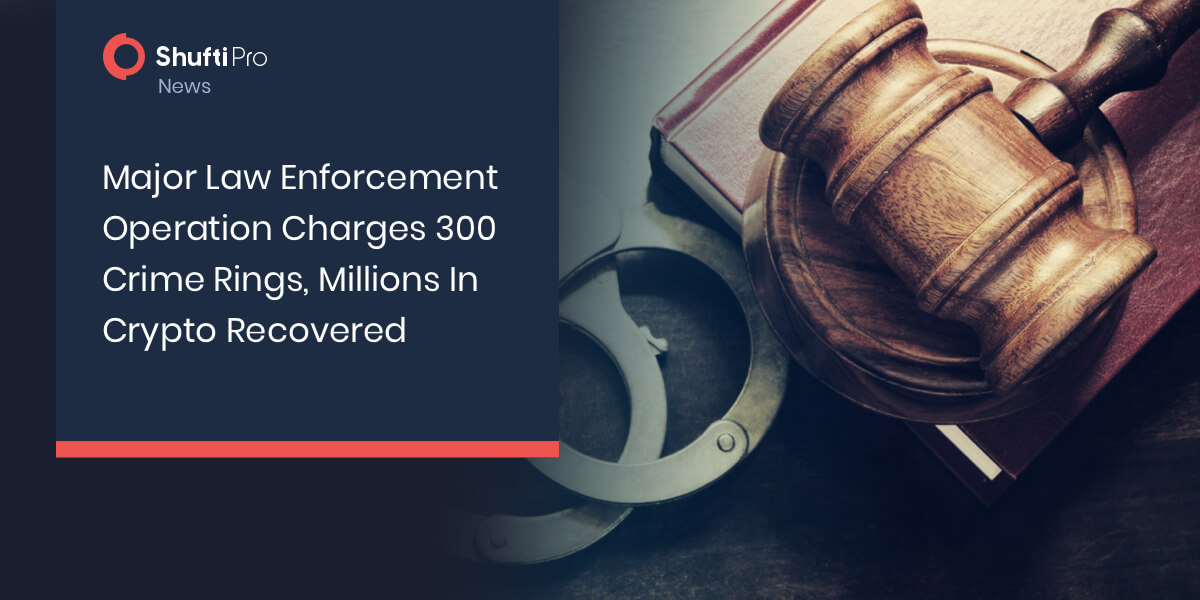 In today’s financial crime news, one of the largest operations against encrypted criminal activity to date has successfully busted 300 crime rings and seized millions in cryptocurrency.

A press release from Europol, (European Union Agency for Law Enforcement Cooperation) revealed on Tuesday that this operation is part of its three-year investigation against major criminal mobs and involves the surveillance of 27 million messages via an encrypted messaging platform.

Since 2019, the FBI and Australian Federal Police (AFP) have joined hands to develop and covertly operate ANOM, an encrypted device company.

According to the release, ANOM used its encrypted devices to unveil 300 criminal rings that were operating across 100 countries. The operation also caught Italian organized crimes, international drug trafficking organizations, and outlaw motorcycle gangs.

“The FBI provided an encrypted communications platform while the AFP deployed the technical capability that helped unmask some of the biggest criminals in the world.”

The aim of the new platform provided by the FBI was to target global criminal organizations, drug traffickers, and money laundering schemes by offering organized crime networks an encrypted device with attractive features

Features included remote wipe and duress passwords. This assisted in persuading criminal organizations to select ANOM’s product over other encrypted devices available in the market.

After adequate information and  450,000 photos sent by the criminals were compiled, Operation Trojan Shield/OTF Greenlight began.

Operation Trojan was conducted by the FBI, the U.S. DEA (Drug Enforcement Administration, the Dutch National Police and the Swedish Police Authority, and 16 other countries.

After 700 houses were searched, 800 individuals were arrested belonging to 300 criminal gangs, eight tons of cocaine was seized along with 22 tons of cannabis, and 2 tons of amphetamine and methamphetamine.

Apart from this, 250 firearms and 55 luxury vehicles were confiscated. The release also mentioned that more than USD 48 million worth of global currencies, including cryptocurrencies, have been recovered.