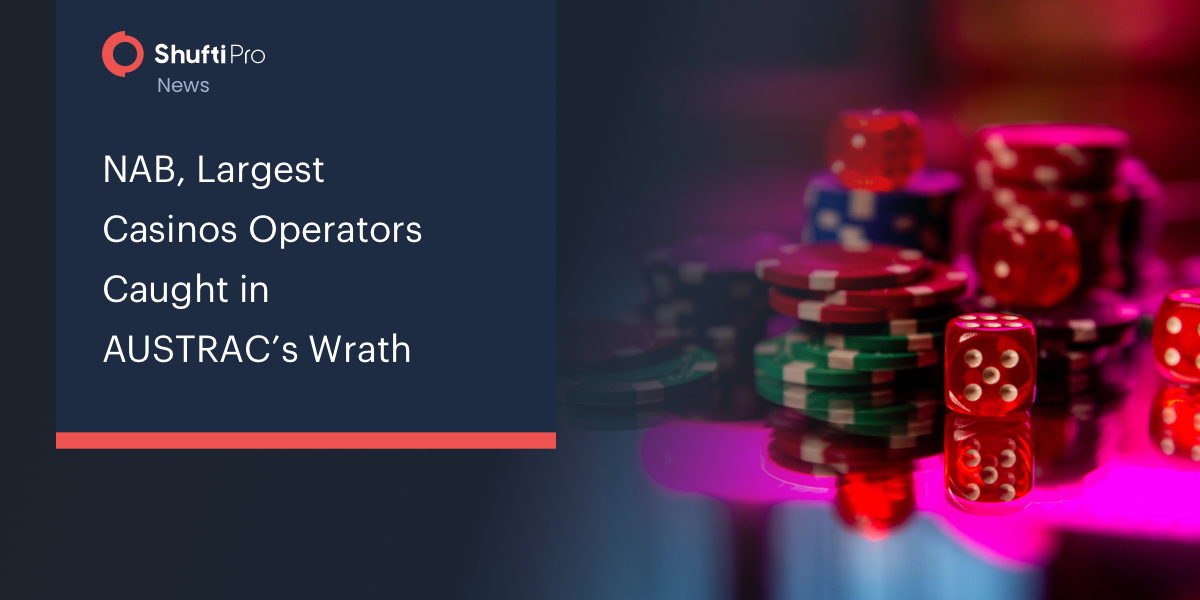 National Australia Bank (NAB) and the two largest casino operators in Australia are under investigation by regulators over potential breaches of AML (Anti-money Laundering) laws.

The probed parties could all face multi-million dollar penalties for serious non-compliance with AML and Counter-terrorism Financing (CTF) laws.

The AUSTRAC, Australian Transaction Reports and Analysis Centre, is a government-appointed financial regulator. The regulatory body has been assigned with tasks such as the prevention of organized crimes and terrorist activities to safeguard banks and other financial institutions from falling victim to money launderers and similar criminals.

Crown Resorts Ltd, the casino that is already facing investigation over multiple cases by Australian authorities, is now being probed by the AUSTRAC agency. According to AUSTRAC, potential AML breaches have been identified at the casino in the west coast city of Perth.

The second casino, Star Entertainment Ltd., stated that AUSTRAC believes they have failed to meet due diligence requirements on PEPs (Politically Exposed Persons) and high-risk entities. Due to substandard procedures, the casino may have seriously breached the money laundering law.

Both of the cases have been referred to AUSTRAC’s enforcement team to issue court-ordered fines and other penalties.

According to AUSTRAC, problems at NAB are highly indicative of potentially serious and ongoing non-compliance. Measures that fell below the par include lagging customer due diligence and other necessary compliance obligations.

The Chief Executive Officer at NAB, Ross McEwan has agreed to cooperate with the regulator and stated:

“NAB has an important role in monitoring and reporting suspicious activity and keeping Australia’s financial system, our bank and our customers safe. We are very aware that we need to further improve our performance in relation to these matters. We have been working to improve and clearly have more to do”.

Following the news, the bank’s shares dropped by 2.8%.

Last year, Westpac Banking Corp. had to pay fines worth AUD 1.3 billion, while two years prior to that, the Commonwealth Bank Ltd. was ordered to pay AUD 700 million for breaching the same legislation.

If NAB is forced to pay such heavy fines, there is a high likelihood that it might not be able to reach its cost target of AUD 7.7 billion.