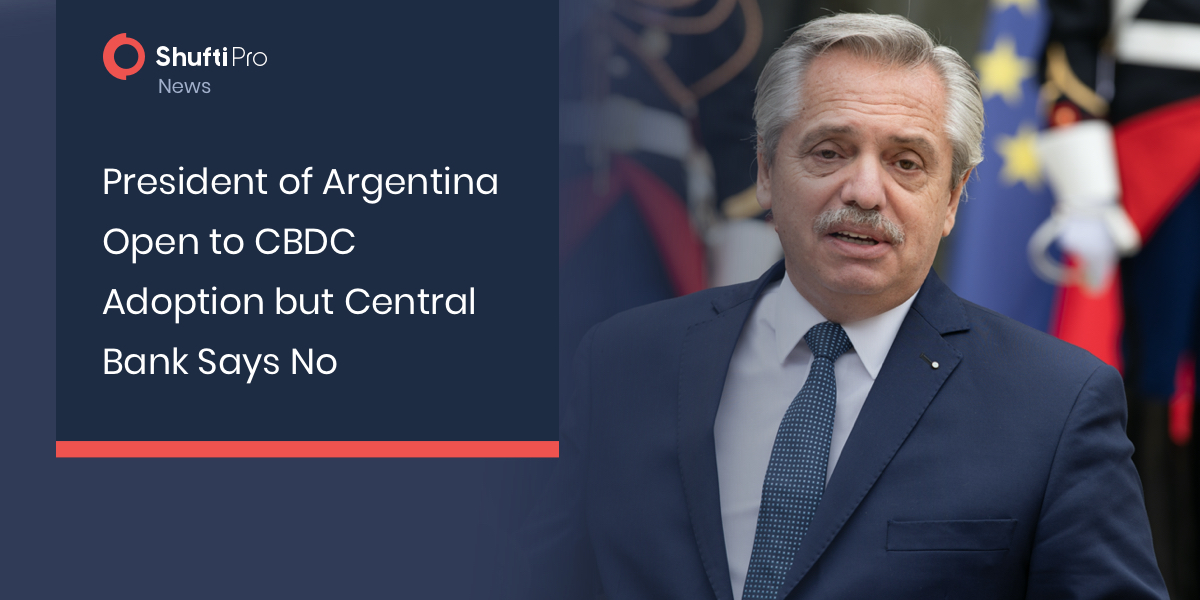 During an interview with Caja Negara, a local media outlet, the President said that there’s no reason to say no to emerging asset classes. In addition to this, Fernandez was in favour of exploring a CBDC or recognising a Bitcoin as legal tender as El Salvador did earlier this year.

“I don’t want to go too far out on a limb […] but there is no reason to say ‘no’.” He added: “They say the advantage is that the inflationary effect is largely nullified.”

Inflation was among the top concerns for the former president of Argentina, Mauricio Macri. As per the data revealed by the government, 100 Argentine Pesos from when Macri left office in 2019 would be equivalent to 661 Pesos today.

Argentina’s leaders are divided on digital assets, with President Fernandez contemplating crypto as a hedge against inflation even as the central bank head threatens to crack down on the sector. https://t.co/Nqajx3IhzM

The current president noted increasing perceptions of Bitcoin as a hedge against inflation in the border global economy despite Argentina’s tight currency control in the country. However, Fernandez stated,

“There is caution because of how unfamiliar it is, and because it is hard to understand how this fortune materializes. Many people in the world have these concerns, and that is why the project, or the system, has not yet expanded [more than it has]. But it is something to consider.”

Although the country’s president is open to digital asset adoption, the central bank’s head, Miguel Pesce, threatened a crackdown on the crypto sector. While addressing at the Argentine Institute of Executive of Finance’s Digital Finance Forum on August 10, Miguel targeted digital currencies as a threat to economic stability and foreshadowing stricter regulations for the crypto industry.

The head of the central bank also said that Bitcoin is a commodity and not a financial asset as defined by the National Securities Commission of the country. Moreover, he dismissed the suggestion to explore a CBDC.

Reports from May reveal that citizens looked to take advantage of soaring crypto prices and cheap electricity and resulted in an increase in cryptocurrency mining. During the same month, the central bank issued warnings to all the residents regarding the risks associated with crypto assets.

Suggested Read: 6 Upcoming Trends In Blockchain And Cryptocurrency For 2021