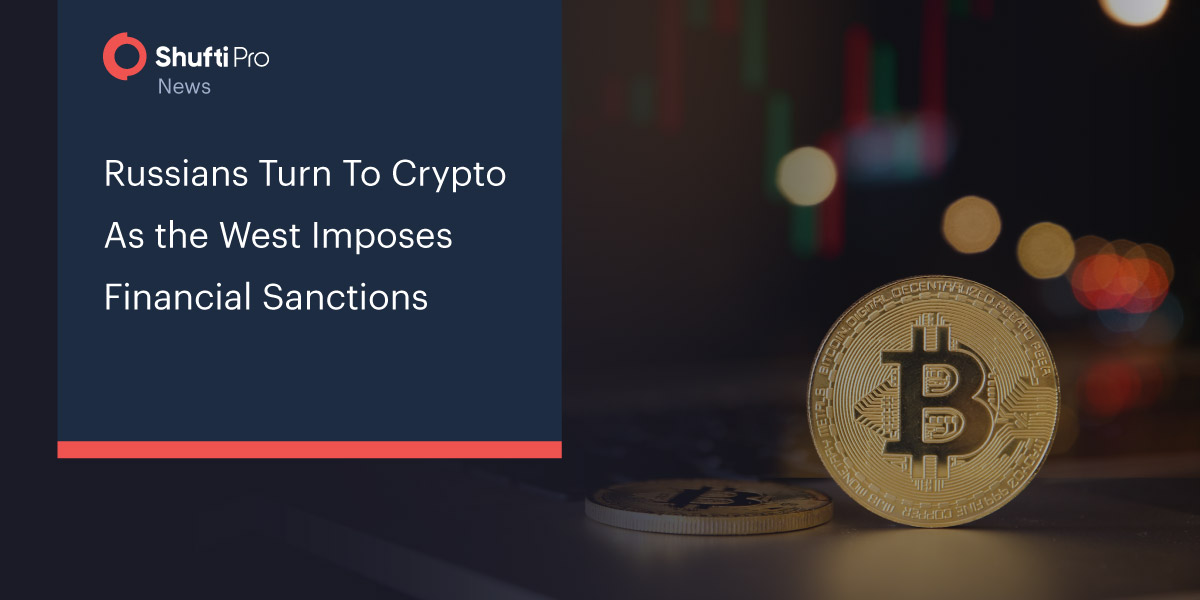 Russians Turn To Crypto As the West Imposes Financial Sanctions

Data has shown that Russians are turning towards transactions in cryptocurrency as a result of western sanctions on traditional financial institutions.

The sharp drop in the ruble and rising concerns of sanctions on some of the major Russian banks have led citizens to transact in Bitcoin and other cryptocurrencies. Most of the traditional banks have been blocked by sanctions from using a key international payment system.

Apart from other sanctions designed to penalize Moscow for its invasion of Ukraine, the West has agreed on February 26 to impose bans on seven Russian banks from using the Society for Worldwide Interbank Financial Telecommunication (SWIFT), the global banking communication platform.

This action dramatically affects the operations of these banks including processes of sending and receiving remittances.

“Even people who were not in crypto at all are now considering how to get Bitcoin, Ethereum, or USDT and basically save some of their money before the country hits a period of extreme hyperinflation, which is already starting now,” Gleb Jout said, head of Russia at crypto exchange Bitget.

After the Russian invasion of Ukraine on February 24, the daily exchange volume of the ruble and Bitcoin surged to a nine-month high, while ruble and USDT, a stablecoin used as a stepping stone for the cryptocurrency market, spiked to an eight-month high.

For a long time, Bitcoin has been considered an alternative currency to fiat and has been invested in as a valuable currency as well as being used as a means of transaction.

Since mid-February, the Russian currency dropped by 45% to a value of ₽136.50 per U.S. dollar. For the Russian citizens, this drop has the same effect as the financial crisis of 1998 where the ruble fell from ₽6 to ₽21 per U.S. dollar over a three-week period in September, wiping out the savings of many households.

“The adoption is coming and it’s very, very real,” Jout said while highlighting the way crypto can benefit Russians. “Especially in Russia, because you have a population of 145 million and I expect that maybe within this year 15% to 25% of them are going to be totally onboarded into cryptocurrency.”