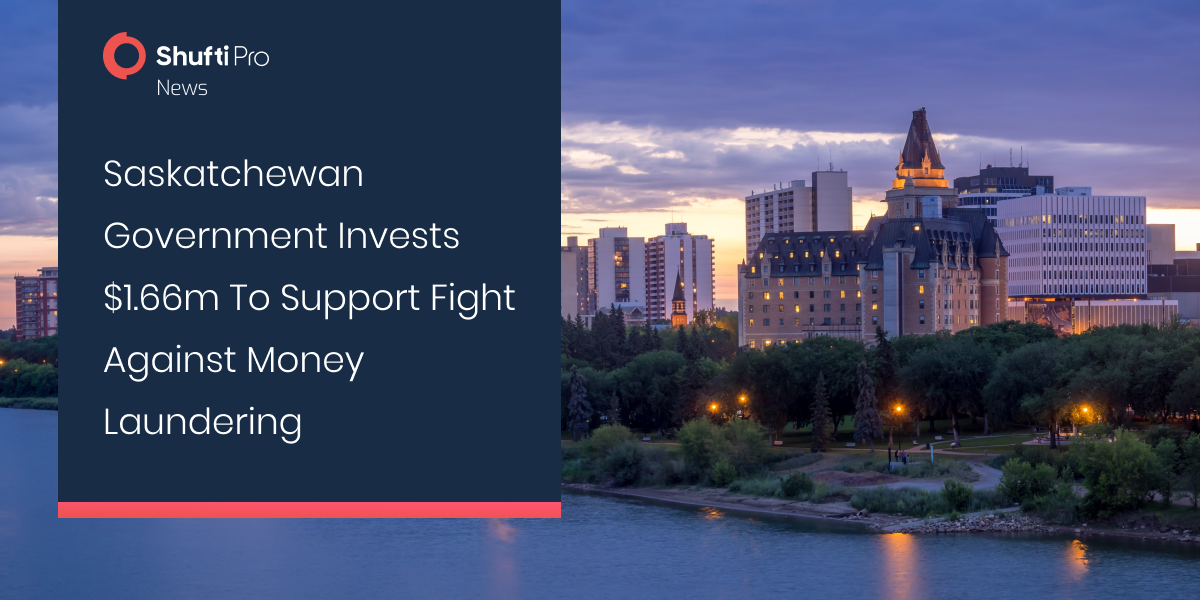 The Government of Saskatchewan is spending $1.66 million on the Civil Forfeiture Program to back the efforts against money laundering in Saskatchewan.

The investment is aimed at improving the program’s potential to investigate and track proceeds of crime through the addition of four dedicated investigators, three legal counsel, and a criminal analyst.

Apart from these updates, the program will also be shifted from the Ministry of Corrections, Policing, and Public Safety to the Ministry of Justice and Attorney General.

“Recent changes to the Act arm us with the necessary legal tools to improve the way we combat money laundering in Saskatchewan,” Justice Minister and Attorney General Gordon Wyant said.

“We look forward to continuing the excellent work of this program as it moves from the Ministry of Corrections, Policing and Public Safety under the umbrella of the Ministry of Justice and Attorney General.”

“Crime does not pay in Saskatchewan,” Corrections, Policing and Public Safety Minister Christine Tell said. “That’s the message we want to send as we work to seize ill-gotten gains from criminals and reinvest them into our police services and community partners.”

Saskatchewan’s Civil Forfeiture Program, through The Seizure of Criminal Property Act, 2009, targets the confiscation of property stained by illegal activities.

Illicit property is relinquished to the Province through administrative and court processes, liquidated, and then deposited in the Criminal Property Forfeiture Fund.

Since its introduction, more than $6.3 million from the Criminal Property Forfeiture Fund has been distributed to police operations, the Victims’ Fund, and community programming.