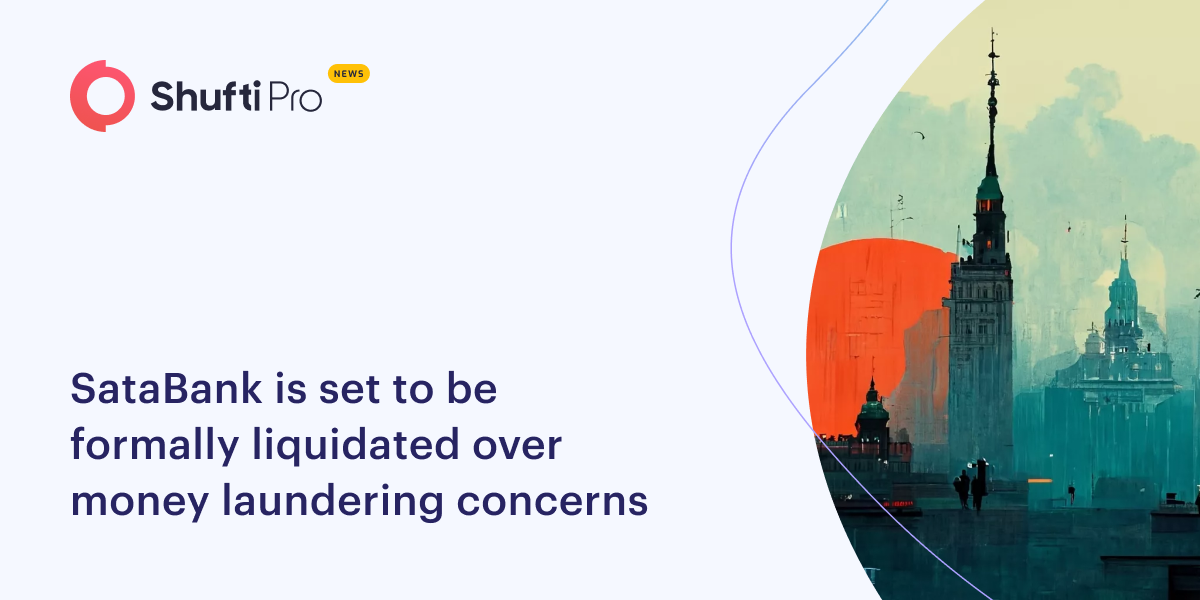 SataBank is Set to be Formally Liquidated Over Money Laundering Concerns

The liquidation of Satabank has affected prominent names with a massive due amount. The infirm security parameters and flexibility of opening up multiple accounts increased the bank’s risk of being exposed to money laundering.

The controller of Satabank advised the creditors to verify their due amount’s as Satabank is officially closing down all its matters. A similar case happened in 2018 when St. Julian’s bank was cloaked due to breaching of money laundering laws that ultimately resulted in the bank’s closure. There is a lot more in the story as prominent names are still trapped being creditors and account holders of the bank. It includes the co-owner of Satabank named Christo Georgiev who sued Times of Malta for damaging the bank’s reputation.

The bank has a due amount to the creditors that range from a few to millions of euros. Different famous names came ahead with the bank’s closure. Former VCitals Global Healthcare shareholder Ashok Rattehalli is affected with an outstanding balance of €13,000. Whereas, Slim Bouricha, a superyacht business, is in trouble as he has trapped over €100,000 in Satabank. As a whole, Satabank’s liquidation has a huge impact on creditors’ and account holders’ life with such big trapped amounts.

According to the report by FIAU (Financial Intelligence Analysis Unit), Satabank has deficiencies in comparison to the anti-money laundering laws of Malta. FIAU said, “Thus, although the bank became aware of the widespread deficiencies and the risks it exposed itself to, it remained passive and never implemented remedial actions.”

As per the report of FIAU, negligent safety measures are a big question over money-laundering risks. Moreover, it’s a massive threat for various mediators as they transfer a huge amount of money through Satabank. This case involved police service investigating the activities of the bank. In certain cases, the bank’s failure to the identification of two e-money platforms owned by Georgiev raised a question on security protocols. It could lead to any criminal activity.

According to FIAU’s report, these e-money providers had been given relaxation as they could open multiple accounts. Furthermore, they could provide up to five debit cards to a customer with a daily withdrawal limit of €1,000. It was not difficult for the clients to exceed the limit and transact up to €5,000 with five debit cards.

The weak security measures taken by Satabank maximized the risk of the bank’s exposure to money laundering and terrorism threats. As it’s easy for unverified account holders to transact a huge amount of money anytime.