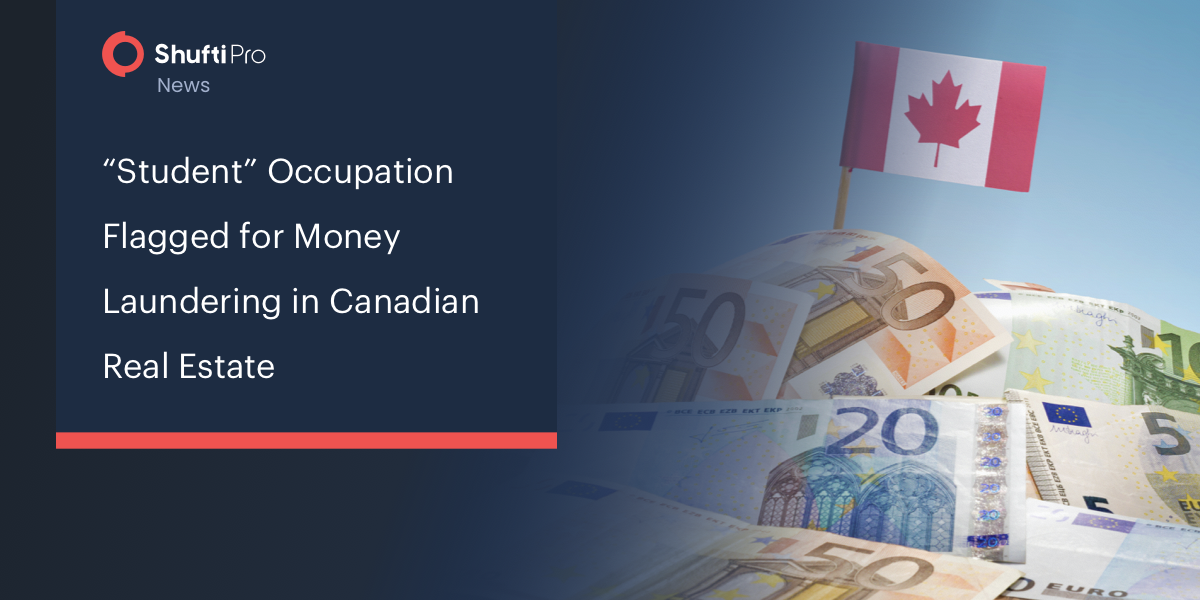 28-year-old Zhang Guanqun has laundered millions of dollars into Canada through real estate, multiple shell companies, and foreign citizens. Zhang arrived in Montreal when he was 19-years old and purchased an 8,500-square-foot mansion in Coquitlam for USD 2.1 million.

The 2012 purchase of the mansion was one of the multimillion-dollar transactions of Zhang while he was attending college. He funneled “at least USD 33.75 million through electronic funds and cash from Canadian and Hong Kong bank accounts” from 2012 to 2015. However, he was unaware that the Canada Border Services Agency (CBSA) and Canada’s AML watchdog FINTRAC were monitoring his movements.

The CBSA files provide a rare glimpse into an opaque business model increasingly cited in examinations of Canadian real estate, in which relatives use foreign students as fronts to funnel wealth into condos and mansions. https://t.co/g7ye1pYR3F

The CBSA and FINTRAC were also monitoring movements of his parents who were “wanted in China for allegedly defrauding 60k investors”. According to the filings in the Federal Court, the parents had defrauded USD 200 million in a pyramid scheme. Yet, even after serious accusations of money laundering and transnational organized crime by the CBSA and FINTRAC, Zhang successfully fought the deportation case.

The October 2015 forensic accounting report filed by the CBSA states stated that “the amount of funds that Zhang has been involved in receiving and transferring wire transfers is truly astonishing.”  The CBSA filings primarily focus on the parents of Zhang, who landed six months after he landed in Vancouver. They used different means of laundering money, such as “using real estate, shell companies and foreign citizens in elaborate steps of money laundering.”

The FINTRAC reported that the activities of Yan Chun Xiang and Wang Zhenhua “raise red flags for layering (a type of money laundering) and potential tax evasion because of the high volume of wire transfers from a foreign jurisdiction and from different individuals.”

However, British Columbia’s inquiry has provided evidence of money laundering in luxury real estate by using “student” occupations in the past.