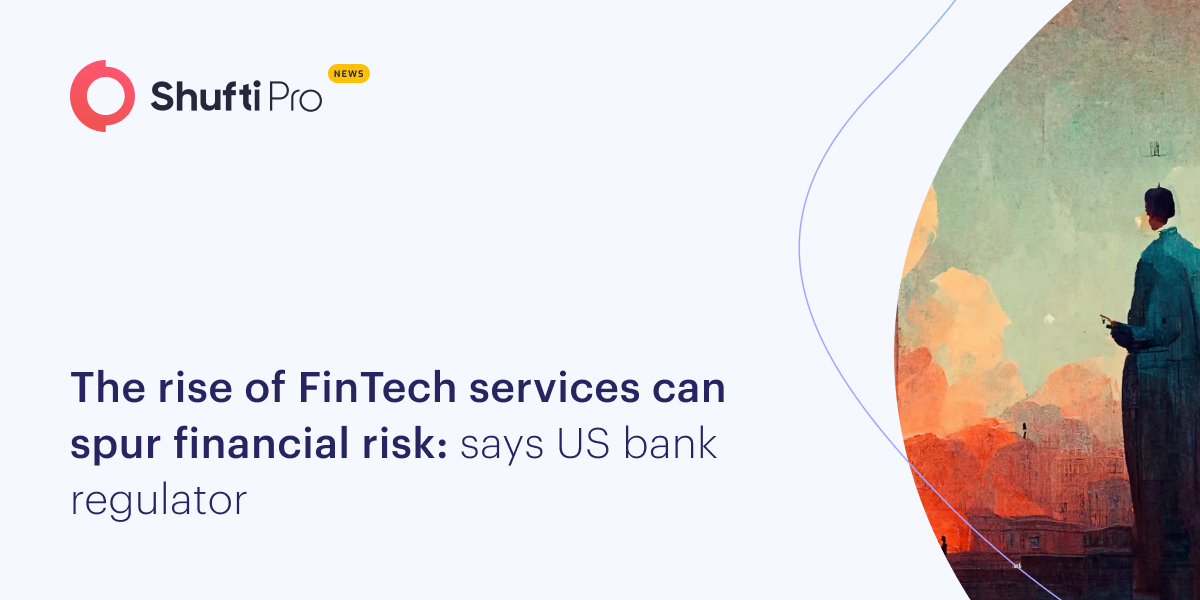 According to the US bank regulator, banks and the fintech alliance for a seamless customer experience makes it complex to distinguish where the bank stops and the tech firm starts.

On Wednesday, Acting Comptroller of the Currency, Michael Hsu, a central U.S. bank regulator, warned about potential crisis and financial risk due to proliferating fintech services.

More complications and ‘de-integration’ in the banking sector have been created due to Fintech’s intrusion into the traditional financial industry. At the New York conference, Hsu said, “I believe fintech and big techs are having a large impact and warrant much more of our attention.”

According to Hsu, endeavoring to provide a better customer experience, banks and tech firms collaborate in a way that creates difficulties for regulators to identify the difference between both. “My strong sense is that this process, left to its own devices, is likely to accelerate and expand until there is a severe problem or even a crisis,” Hsu said.

He also added that as increased financing costs failed FinTech valuation, the partnership between banks and FinTech is rising gradually. It can result in possible I.T. risks across information security and resilience. Moreover, it can raise the issues of customer protection too.

“I worry increasingly about the ‘unknowns’ and am concerned that the less familiar risks of this digital transition are unlabeled and thus unseen. As we learned from the 2008 financial crisis, risks that are unseen have a tendency to grow and later to be the source of nasty surprises,” said Hsu.

Before this, a former Comptroller of the Currency, Gene Ludwig, also warned about fintech’s easy regulations than those that govern banks.

Ludwig stated, “The non-banking industry is getting away with murder,”. According to the prediction of Ludwig, non-banks “will get us into the next financial crisis if we don’t do something about it.”

U.S. regulators have been very cautious about allowing banks to get plunged into cryptocurrencies that have fallen down in recent months on fears that hikes in interest rates will end cheap money’s era. Many crypto firms have also filed for bankruptcy, which seems a critical issue for the crypto industry.

According to Hsu, the state of confusion kept “all of the hallmarks of a classic run” on an industry that’s interconnected with several issues.