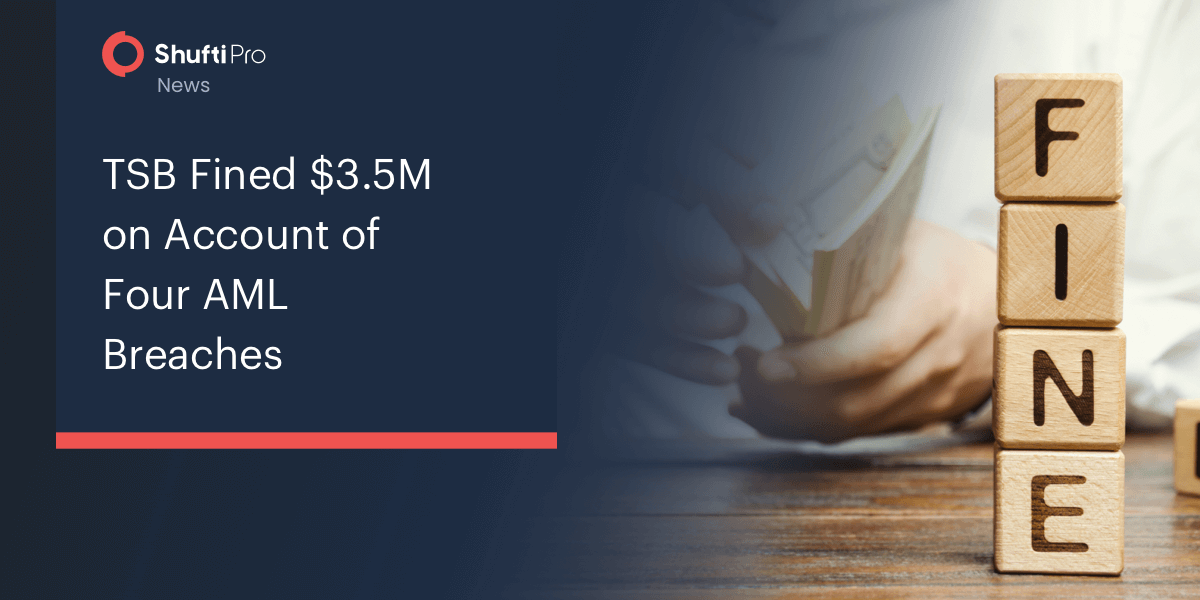 The court’s decision was announced on 31 August 2021 and has been welcomed by the RBNZ (Reserve Bank of New Zealand), since the Reserve Bank brought charges against TSB in May over the breach of the AML/CFT Act.

Both the TSB and RBNZ agreed to the breach statement and issued a joint submission to the High Court on the appropriate penalty.

“The AML/CFT Act came into effect eight years ago, and we expect firms to be aware of, and to comply with, their obligations,” stated Geoff Bascand, the Reserve Bank’s Deputy Governor and Financial Stability General Manager.

The Reserve Bank did not accuse TSB of being involved in money laundering or financing of terrorism. However, the charges have been imposed over non-compliance with some aspects of the AML Act.

The final penalty amount was reduced by 9% from an amount of NZD 3.85 million to NZD 3.5 million after the bank admitted to the charges, complied with the RBNZ investigation, and agreed to a remediation programme.

According to the High Court, the following four AML breaches took place:

2- TSB breached its obligation to regularly review and maintain its AML/CFT programme – Penalty: $1,062,500

4- TSB failed to have regard to certain countries with which it deals when reviewing its 2017 risk assessment for its banking operations. TSB failed to identify five of the 77 countries it has dealings with – Penalty: $562,500