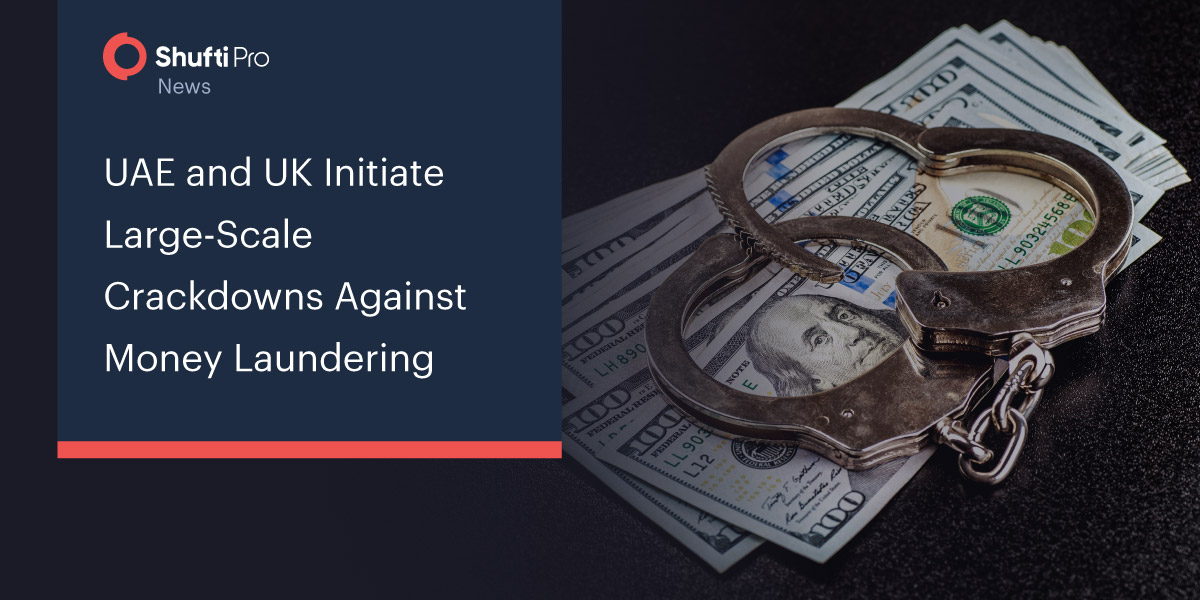 The UAE has set up an AML task force that is currently pursuing hundreds of cases, and Cambridgeshire Police are raising awareness about money laundering in order to bring down the rising cases.

The UAE is working to combat money laundering and terrorist financing with an ongoing crackdown where hundreds of cases are being dealt with. The Executive Office for Anti-Money Laundering and Counter-Terrorism Finance has provided details of the recent prosecutions and deportations of money laundering suspects.

In 2021, the UAE authorities seized over Dh2 billion ($544.5 million), including Dh1.1 billion of laundered money, the executive office said in a statement.

“We have been co-operating and contributing to the global fight against financial crime for several years now. We have a highly effective system of identifying and preventing terrorist and other criminal activities, in co-operation with our international partners,” said Hamid Al Zaabi, the director-general of the executive office for AML/CFT.

“On both terrorist financing and money laundering, we are taking swift action to prevent criminal abuse. This is not a ‘new’ area to us. It is also one we continue to take extremely seriously.”

“The country’s policies and strategies detect and deter financial crimes, and prevent the abuse of the UAE as a transit route or to transfer funds resulting from any criminal activity.”

In the UK, a shocking  £12 billion of cash is laundered every year, and Cambridgeshire also experiences a significant number of these cases. The Home Office is working along with Government institutes and Police forces to initiate Operation Plutus, which is a national campaign to raise awareness about money laundering and put an end to it.

According to the officials, Operation Plutus is aimed at strengthening the AML systems at financial institutions to make it difficult for criminals to launder money in and out of the UK.

“We tackle money laundering and other fraud crimes all year round, of course, but over the next two weeks, the team and I will be working hard to raise awareness of money laundering and help people spot the signs in a bid to make life harder for criminals – whether through preventative and protective activity or pursuing criminals themselves.”

“Money laundering is not a victimless crime. Aside from hurting the hard-working British taxpayer, it also helps sustain wider criminal activity, which sees people exploited and abused. With awareness and focus, we can make Cambridgeshire a difficult place to commit this offense.”

“Our activity will include enforcement activity involving local officers, preventative advice to schools and colleges, and wider public awareness.”