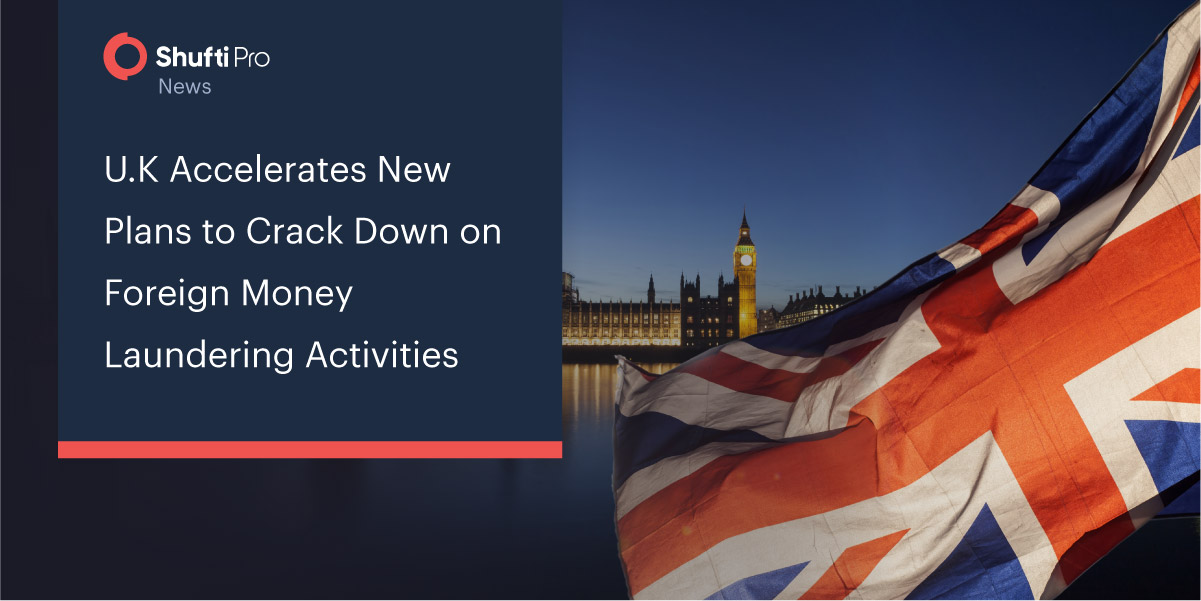 The U.K plans to crack down on money laundering activities, legislate new laws to register foreign owners of British property and expand powers to investigate their source of income.

According to the Home Office Minister, the Economic Crime (Transparency and Enforcement) Bill will be published on Tuesday, in response to Russia’s invasion of Ukraine. In addition to this, plans for “fundamental reform” of Companies House were also announced that mandated government agencies to make data available publicly for companies they register.

Moreover, concerns regarding registering foreign owners of British government property were also highlighted by the opposition parties along with the rank-and-file Conservatives about the persistence of London’s “laundromat” utilized to wash black money. However, according to the UK’s National Crime Agency money laundering activities cost 100 billion pounds each year.

As Prime Minister Boris Johnson made a promise last week about making a new plan to curb money laundering, these new laws are the country’s biggest ever package of sanctions and precautionary measures to punish Russian President Vladimir Putin’s government. “There is no place for dirty money in the U.K.,” Johnson said in the statement.

However, the new regulations are well-designed to assist the National Crime Agency (NCA) to prevent foreigners from laundering their illicit wealth through investing in UK property.

Therefore, these new plans and laws aim to give the UK government along with law enforcement authorities new powers to seize cryptocurrencies, making anti-money laundering systems more rigid, identifying foreign investors’ identities as well as a source of income.  It also includes the reforms to crack down on the use of limited partnerships to launder illicit money and illegal arms movements.