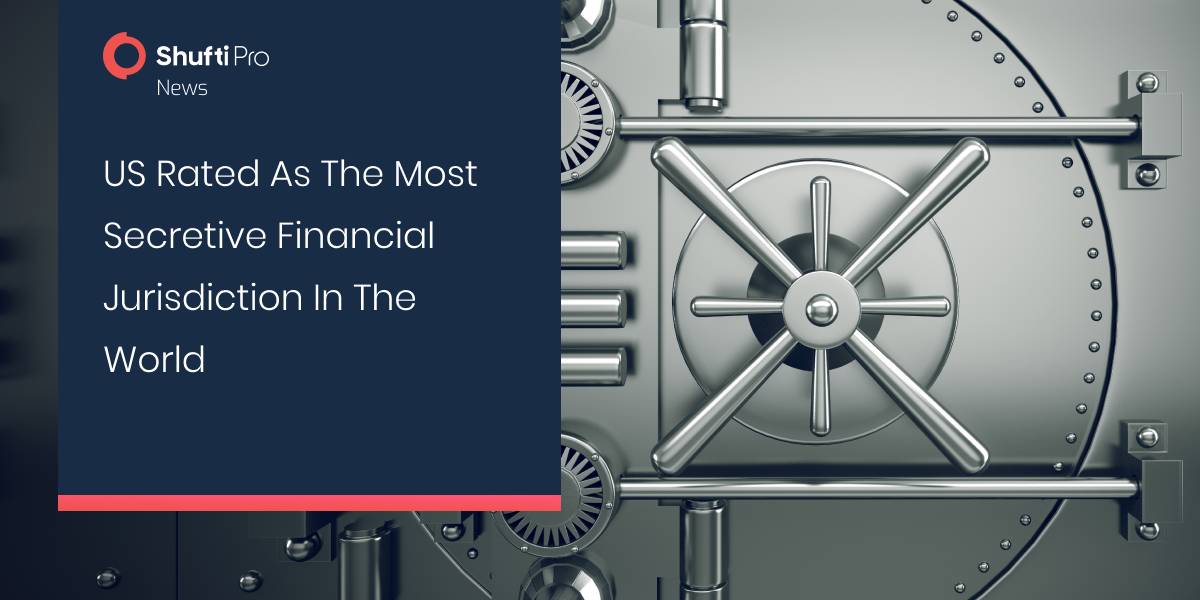 US Rated as The Most Secretive Financial Jurisdiction in the World

The US has been ranked the most secretive financial jurisdiction in the world due to deterioration prior to Financial Secrecy Indices (FSI), as per lax rules in US anti-money laundering (AML) and tax laws.

As per the Finacial Secrecy Index (FSI) 2022, the United States has been classified as the most secretive financial jurisdiction in the world. Due to the unaddressed loopholes and flexible rules in US tax and anti-money laundering (AML) laws, the US ranking is worsening prior to Financial Secrecy Indicies.

Ian Gary, Executive Director of the FACT Coalition stated “These findings point accusations towards US secrecy and should be a rallying cry for monetary clarity” While talking about the Biden Administration, he further said “The Biden Administration is continuously working for the making a number of anti-corruption reform for implying effective penalties. Now it is the responsibility of the Administration and the Congress to execute and fund them”.

Identified as the second most financial jurisdiction in the world in 2020 by FSI, Congress issued a Corporate Transparency Act (CTA). The CTA will put restrictions by requiring corporations and similar entities to register their authentic beneficial owners to a central directory maintained by the Financial Crimes Enforcement Network (FinCEN) at the Treasury Department.

The expected rule was to be enforced on January 1, 2022, but only one of the three proposed rulemaking has been implemented till now due to the funding and capacity constraints of FinCEN.

“To fight corruption, we need to execute the CTA Act and for that purpose, we need to generate funding for FinCEN now” as made evident by Congresswoman Carolyn B. Maloney, the co-author of the CTA.

The US treasury is devoted to only finalising rules executing the CTA Act by 2024, as made clear in the “National Strategy for Combating Terrorist and Other Illicit Financing” report on Friday. These structural reforms will authorise law enforcement and national security officials to refrain from the sanctions “whack-a-mole” in favour to comprehend the nature of US entity ownership and tackle large-scale sanctions evasion.

The 2022 International Anti-Corruption Conference to be held in Washington, D.C. later this year has been called in for the final implementation of the CTA Act, whose delays have been warned by the FACT Coalition.