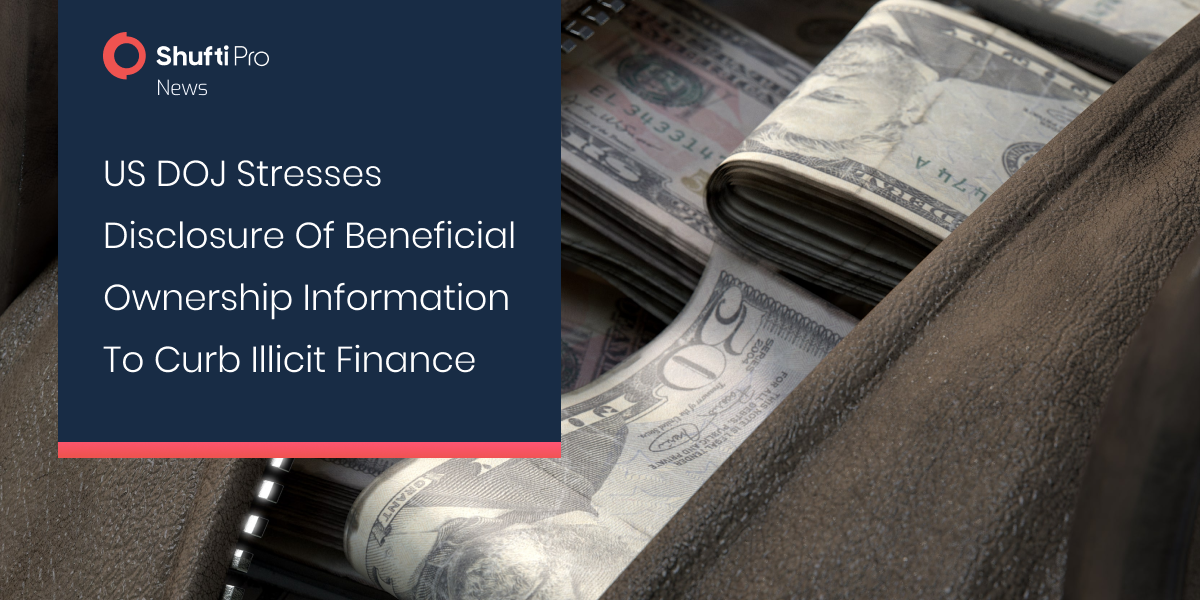 The US says that it is important for countries and governments to embrace a policy of disclosing beneficial ownership information to curb illicit finance.

Success in the fight against Financial Flow (IFF) starts with the disclosure of beneficial owners of companies established in their respective countries. It also identified real estate as a major area for criminals in moving their proceeds of crime.

The Director, Financial Transparency and Regulatory Policy, Office of Terrorist Financing and Financial Crimes, US Department of Treasury, Young Lee, who made the remark during US Foreign Press Center Virtual Briefing on US Anti-corruption efforts, argued that: “Corruption thrives in the financial shadows in Shell corporations that disguise owners’ true identities, in offshore jurisdictions with lax anti-money laundering regulations, and in complex structures that allow the wealthy to hide their income from government authorities.”

Talking about ‘Curbing Illicit Finance’, Lee disclosed that criminals all over the world have adopted the habit of hiding their identities behind corporate structures and laundering their illicit proceeds through real estate.

The director also added that this illicit finance, when not tackled, is capable of undermining and impairing good governance in any country, as well as threatening national security and prosperity.

He stated that as part of efforts in curbing illicit finance, the US has introduced some legislation such as the Anti-Money Laundering Act, 2020, and the Corporate Transparency Act (CTA).

“This legislation passed with bipartisan support was the culmination of many years of effort to address one of the most significant deficiencies in the US AML regime. That is the lack of a nationwide requirement to disclose information about the actual people who own or control companies, also known as the beneficial owners at the time of company formation.

“This was a deficiency highlighted by the Financial Action Taskforce in its 2016 assessment of the US regime, and was one of the main reasons we received the lowest possible rating for the immediate outcome related to preventing legal entities and arrangements from misuse, from money laundering financing and making sure that beneficial ownership information is made available to competent authorities without impediments,” he said.