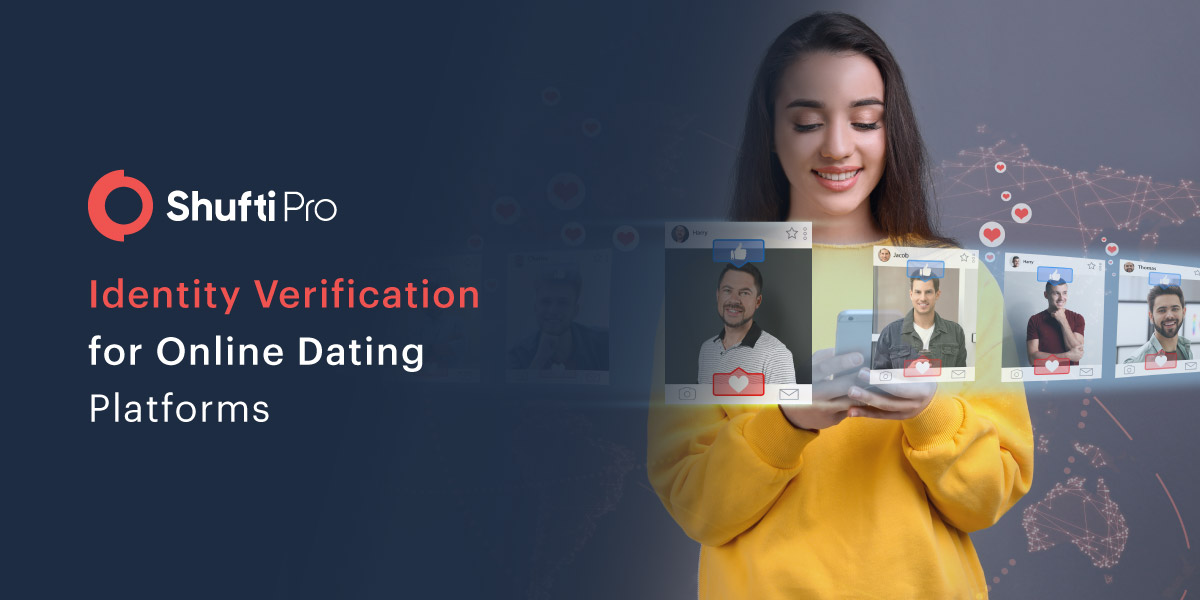 An Insight into Online Dating Scams – How Identity Verification Helps

The impact of Covid-19 on businesses and the physical, mental health of individuals has been stressed in numerous forums. It has not only transformed the way work is managed but also significantly affected social interactions and relationships. Considering the developments made in online platforms, there is one that still lacks a certain level of security measures – online dating sites.

While the existing relationships were being affected by the pandemic, online dating platforms started to get flooded with new users looking to find friends, partners, and establish long-lasting relationships. It seems that the trend that started because of the coronavirus outbreak is here to stay.

The Rise in Online Dating Scams

According to statistics, Tinder broke its record for over 3 billion swipes in a day in March 2020. The total number of subscribers on the dating app at that time was more or less 8.2 million. In 2021, the number shot up to 9.6 million. Other dating platforms were not far behind either – like OkCupid, which contributed to a 700% increase in dates, and Bumble, which saw a 70% increase in video calls.

However, that’s the end of the good news for online dating platforms, because a simultaneous rise in the cases of fraud was ruining the experience for many. When people were looking to communicate with someone outside their household during the lockdown, fraudsters came up with tricks of their own. As a result, the average loss an individual faced due to romance scams in 2020 was $2500. According to FTC, the total amount lost to scams targeting online dating platforms in 2021 was a shocking $547 million.

The reason why fraudsters were so successful in manipulating online daters was the increased interest and casual usage of these apps. For instance, an average conversation on dating apps lasted 32% longer during the lockdown period. This only made people more and more vulnerable to fraud.

People looking to find the ideal partners during the last few years have been regularly targeted by romance scammers. These scammers are essentially identity thieves that use pictures stolen from people on social media and create seemingly legitimate profiles on dating apps. Since dating apps are based on the concept of attracting others through photos, people easily get lured into these kinds of scams.

Romance scammers manipulate their ‘perfect matches’ through continuous online chats and when it comes to meeting in person, they use dirty tricks to force the so-called partner to send a certain amount of money. In the last two years, the FTC and the FBI repeatedly received reports of such scams originating not only from dating sites but also from social media platforms Facebook and Instagram.

Furthermore, 2021 also saw a new kind of romance scam that involved fake cryptocurrency investment schemes. According to data from the Federal Trade Commission, dating app users who got tricked by these scams reportedly lost a total of $139 million in 2021, which was more than the losses through other payment methods. On average, a dating app user lost around $10,000. That being said, the most common scam reports (about a quarter of the reported scams in 2021) involved romance scams that sent money through gift cards as a payment method.

Regulatory bodies across the globe have taken steps to regulate online dating service providers in order to secure the identities and accounts of users. In the US, regulations for online dating services date back to 2005, when the International Marriage Broker Regulation Act (IMBRA) laid out the fundamental obligations for international dating sites. These specific obligations included requirements of background checks that verified whether a user is married and the information was sent to the user they are trying to connect with.

Furthermore, 2008 saw the passing of a law by the state of New Jersey which required dating platforms to report whether the necessary background checks were implemented. One such dating platform at the time, namely True.com, was the first to incorporate background screening systems for online dating.

When it comes to China, a country where transnational matchmaking is illegal, online dating sites like Jiayan.com had crossed 100 million users in its first 10 years. It seems that regardless of the law, people actively try to find ways and pursue online dating apps to communicate and connect with the opposite gender. On the other hand, Singapore’s government itself acts as a matchmaker for quite some time. The country’s Social Development Network has been actively helping citizens interact for decades. As a result, only 4% of Singapore’s citizens have ever used a dating app.

In the UK, industry members set up the Online Dating Association (ODA) in 2013, with the aim to take collective responsibility for securing online dating platforms. The industry agreed to self-regulate and laid down a Code of Practice for online dating sites. George Kidd, the Director and Chief Executive of the ODA, stated that “the industry did not just want to rely on the State to provide regulation and protection in relation to trading practices, privacy matters and the safety of users.”

Identity verification solutions can be used to secure online dating apps and social media platforms. By verifying the identity of their users, dating service providers can significantly reduce fraud and the subsequent losses that fraud victims have to face. Incorporating identity verification as a standard practice proves beneficial for dating platforms as they are able to restrict the use of fake or stolen images from the internet.

Requiring an original government-issued ID document for registering at online dating platforms automatically eliminates any chances of romance scammers getting access to the platform. Furthermore, the presence of an identity verification mechanism in online dating platforms provides assurance to the users that they are safe and are meeting real people.

With numerous losses due to ongoing scams targeting the online dating industry, preventive measures are inevitable. Individuals that get manipulated while searching for their match through a specific dating app are eventually discouraged and forced to quit using that app. However, Shufti Pro’s robust identity verification solution enables both the users and the dating platforms to eliminate fraud by authenticating every person that registers through the app. In this way, the chances of users getting tricked by romance scams can be significantly reduced and online dating can be made a fraud-free activity.

Want to learn more about online identity verification for your online platform?