- Customer Due Diligence: From KYC to KYB
Skip to content 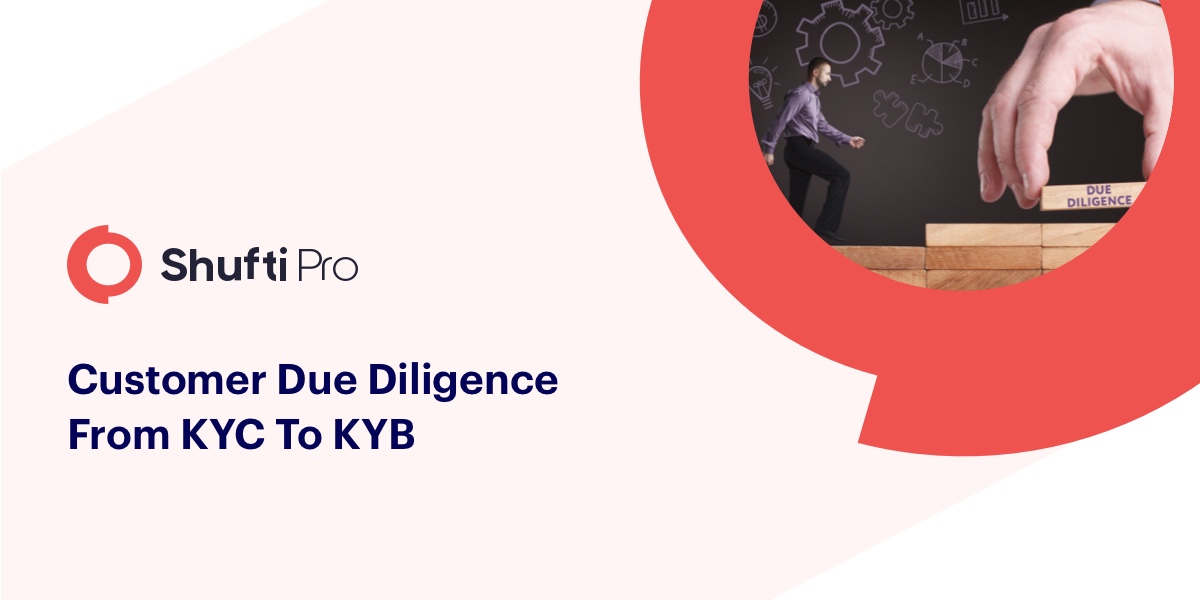 Customer Due Diligence: From KYC to KYB

Why CDD is significant for both Know Your Customer and Know your Business verification?

Banking is a profitable sector but is risky at the same time. Frauds, as well as compliance risks, are often complicated and intricate. The banks and financial institutes are spending a high amount of capital on KYC compliance, which surpassed $100 billion in the year 2019. Even with this much investment, global banks have been fined $321 billion since the global crisis in 2008. Further complicating these risks is the fact that financial crimes such as money laundering, terrorist financing, and cyber frauds are increasing.

The purpose of this law was to counter money laundering activities emerging from illicit drug trafficking. Under this provision, banks are obliged to report any customer activity that seems suspicious such as transaction above $10,000 to the Federal Financial Crimes Enforcement Network (FinCEN).

The regulations aimed to make it difficult for the drug cartels, terrorists, and other lucrative criminal enterprises to launder money by making their transactions more visible to law enforcement agencies.

Introduction of Customer Due Diligence as Know Your Customer (KYC) regulations

The Banking Act of 1970, laid the foundation for the Anti Money laundering (AML) regulations later in US patriot Act, 2001, after the tragic incident of 9/11. Customer due diligence (CDD) was declared necessary for the financial sector. The term coined for performing CDD is Know Your Customer or KYC.

The KYC regulations were fortified to restrain the flow of money to the terrorists. It requires financial institutes to verify the customer to ensure that they are, who they claim to be. These regulations led to the adoption of various approaches to comply with CDD and KYC laws. Since the US regulatory changes affect the landscapes of the global financial sectors, these regulatory changes were accepted by the banking sector worldwide.

It continues to be the main line of defense for the financial sector against financial crimes, with minor amendments. For a simple person, this law appears comprehensive. However, in June 2016, a loophole was identified in KYC compliance regulations.

The banks weren’t required to verify the identity of stakeholders and beneficiaries of the businesses they provide services. It was after Panama Papers Scandal the world realized that apparently, legitimate businesses could hide the identities of bad actors and perform illegal activities on their behalf. The regulatory authorities identified the risk and issued a fix as Know Your Business (KYB).

This fix made by regulatory authorities in the KYC checks includes the Customer Due Diligence for the financial institutes. Under the new provision, Financial institutes are now required to perform stringent verification checks. KYB regulations are aimed to identify the shell companies that are involved in money laundering and other illicit financial crimes.

Firms are required to verify the person who owns the business legally as well as, the identity of stakeholders owning a minimum of 25% share in the business. European Commission also introduced the same legislation in its 4th AML Directive (4AMLD). This process of business verification was improved, with new regulatory changes in AMLD5 and AMLD6, which are aimed to make due diligence transparent.

However, KYB compliance is not easy to achieve as it seems. The major problem in KYB verification is the identification of shareholders in the businesses. Most of the time, no record of these entities is available and to make things worse, the disclosure requirements in each jurisdiction varies. This sometimes makes it impossible to identify the stakeholders in the business. It is a recipe for disaster, for the firms who want to stay in compliance.

Turning towards Technology for Solution

Businesses need to stay one step ahead of the fraudsters. With a comprehensive approach to global risk mitigation, businesses could easily prevent fraudulent activities and stay in compliance with regulatory authorities.

RegTech industry is rendering efficient AI-based solutions for Business verification solutions that can eliminate the inefficiencies and risks involved in onboarding new customers. For instance, automation of official document checking process and verification against the government issued registries.

The future of RegTech is expected to see great adoption in the financial sector in the future. Owing to the changes in regulatory compliance, performing KYC and KYB verification parallelly will enhance the customer due diligence process and businesses to stay compliant.