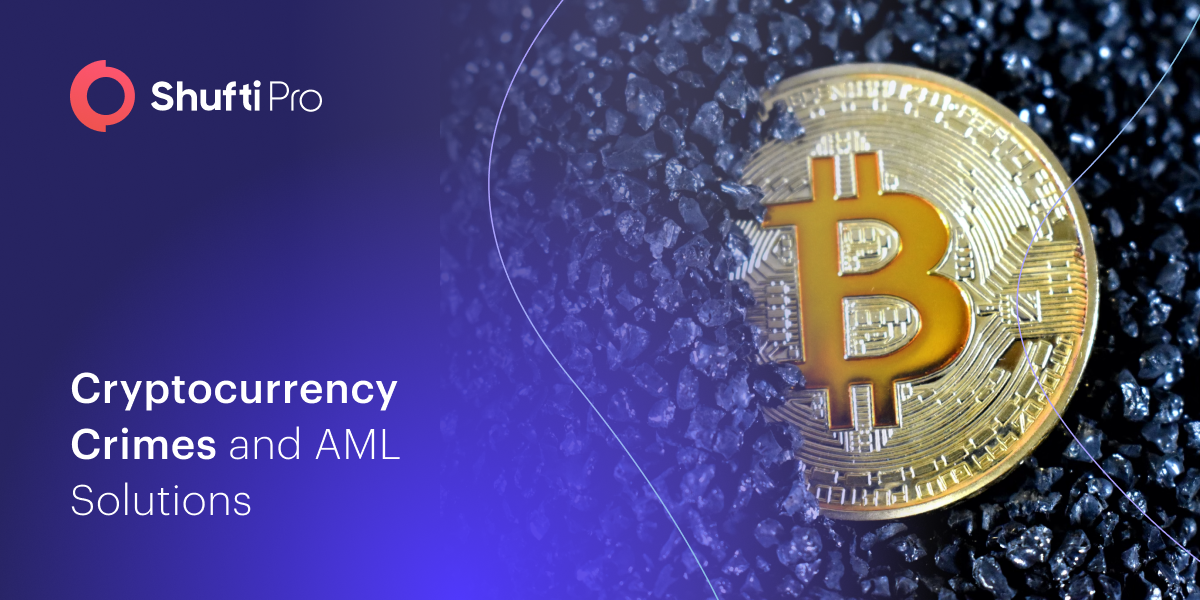 A decade ago, digital currencies were an academic concept, largely unknown to the world’s general population. This concept became the reality when Bitcoin was created in 2009, which is considered the first cryptocurrency. Today, most people are aware of digital currencies, although they may not be familiar with how the blockchain system works. However, the cryptocurrency market continues to gain popularity in the government sector, businesses and personal financial activities. Therefore, governments across different jurisdictions and enterprises are now looking at the crypto market to evaluate how they can adapt the transaction mechanism, particularly blockchain technology.

Additionally, our society is experiencing digital transformations, financial service providers are specifically opting for cryptocurrency models to revolutionize the current services to make them more efficient and cost-effective. However, as technologies are paving new payment gateways, criminals are becoming more sophisticated to exploit financial services. To secure operations, regulatory authorities have come up with anti-money laundering regulations.

The significant increase in blockchain technology adoption has become the driving force for cryptocurrencies and other digital assets’ emergence. Digital crypto money is secured by cryptographic algorithms and works independently without the central bank’s involvement. Cryptocurrency’s creation aims to disrupt conventional financial systems and is traded widely through digital exchanges in different countries all across the globe. However, the rise in the use of cryptocurrencies has also given a spike to the potential threat of money laundering, terrorist financing and other financial crimes. Thus, crypto laundering is becoming a global concern and is becoming subject to financial regulations. The regulatory authorities around the world are coming up with anti-money laundering and countering terrorist financing regulations.

Cryptocurrencies having a decentralized and anonymous nature makes them an attractive option for criminals to launder their illicit earnings. Money laundering through paper-based money requires clients to create bank accounts by submitting personally identifiable information. Once money launderers become part of the financial system then they use the infrastructure of banks to integrate black money in order to withdraw it as clean money. While laundering money via cryptocurrencies doesn’t mandate customers to verify identities. The cryptocurrency transactions only require the unique address of the customers’ wallets and take place directly without requiring central banks’ approval anytime anywhere in the world.

In addition to this, to determine and curb the risk of money laundering, digital crypto exchanges and platforms need to understand the threat associated with the anonymous transactions, and how to adopt the best AML control systems to stay put with the regulatory obligations.

According to the Action Fraud Fund report, from the start of 2021 to mid-October, EUR 146,000 has been lost in digital currency scams and bogus initial coin offering schemes. However, this number is thrice the value lost in 2020. More than half of the cryptocurrency fraud victims were aged 18-45 years and the average loss per entity was almost EUR 20,500. In addition to this, the United Kingdom’s national reporting center for cybercrime received 558 investment scams, which were directly linked to fake celebrity endorsement schemes, specifically, 79% of such fraud was carried out using digital currencies.

Susannah Streeter, senior investments and market analyst at Hargreaves Lansdown says, “These pump and dump schemes are far from unusual, with many crypto fans desperate to catch a ride upwards on a rapid growth trajectory with the hope of raking in short term profits,”.

“Unlike the desperate characters in the hit show the token purported to represent, investors didn’t risk their lives, but some are likely to have risked piles of savings, to spin the crypto wheel of fortune,”. says Streeter.

Belarus law enforcement authorities have mastered the seizure of digital currencies, the head of the country’s Investigation Committee said in a recent interview. The officials claimed that they have already impounded millions of dollars worth of virtual assets. However, the government had to deal with several challenges including how to confiscate cryptocurrencies when law enforcement authorities first found out about their usage in the drug trade and later economic crimes.

Additionally, the head of the Investigation Committee, Dmitry Gora, stated the state-run ONT channel. The law enforcement authorities had to search for a way to seize cryptocurrencies and digital assets, whereas they were able to confiscate hundreds of millions worth of such assets. In April of this year, the Ministry of Justice adopted a legal approach to seizing cryptocurrencies, an integral part of enforcement proceedings. It implements a decree by Lukashenko from February who orders the development of special registers for placing information regarding digital currency wallets being used in criminal activities. Furthermore, the financial regulatory authority highlighted both businesses and government departments that were involved in this process. As a result, “the amounts that are already in the form of good, normal money are on the accounts of the Investigative Committee,” Gora stated.

As financial crimes particular money laundering and terrorist financing through cryptocurrencies are on the rise, the regulatory authorities across the world have been taking the initiative to enhance pre-existing AML standards, while legislating new laws for high-risk jurisdictions. In the EU, there is a series of Anti-Money Laundering Directives (AMLD) that broadens the scope of AML/CFT record-maintaining and suspicious transactions reporting obligations. While in Singapore, the MAS imposes AML laws on cryptocurrency exchanges. In the United States of America, FINCEN is the primary financial watchdog that has recently proposed to implement Know Your Customer (KYC) and AML checks on digital crypto money service providers. In addition to this, Financial Action Task Force (FATF) has also published guidelines for the cryptocurrency exchanges, some of the features are described below,

Want to learn more about AML Screening for your financial institution?