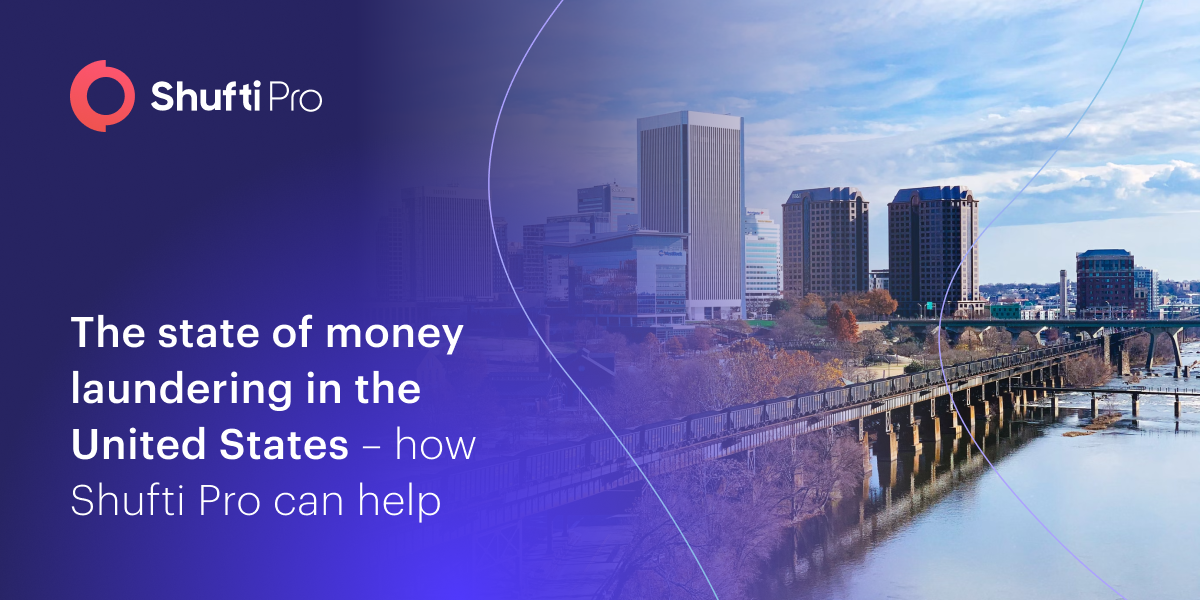 The United States of America is among the first countries that took effective measures to fight financial crimes. Money laundering has been a serious problem in the US since 1986. The primary source of black money comes from the State’s legal financial system. Trade-based money laundering is another most used method of laundering money in the US. According to a new report from a pro-tax advocacy group, the US has become the top destination for stashing illicit money. It’s the first time the country is placed No.1 on the Tax Justice Network’s Financial Secrecy Index.

Each year, between $500 billion and a trillion dollars of black money is laundered through international banks and financial firms. whereas, analysts estimate that half of this number is conducted through banks in the US. Having in mind these crucial matters, and in response to the 9/11 incident, the country has taken rigid measures to curb money laundering and other financial crimes. The US Patriot Act of 2001 amended the Bank Secrecy Act (BSA) by mandating all the financial service providers, particularly banks, to develop anti-money laundering in-house control systems to prevent, determine and prosecute money laundering.

The risk of domestic financial crimes including money laundering, terrorist financing and smuggling is continuously increasing which costs billions and trillions of dollars on an annual basis. Financial regulatory authorities and criminal prosecutions indicate that money gained from proceeds of crime stays within the country, but also it’s becoming the most attractive destination for international criminals. However, the crimes that generate the bulk of illicit money in the US are human smuggling, drug trafficking, organized crimes and corruption. In addition to this, various forms of scams, including bank fraud, medicare fraud, securities fraud and tax refund fraud are believed to generate the biggest share of illicit proceeds. However, crime linked to the healthcare industry accounts for $100 billion each year. Law enforcement agencies highlight that medicare scams involve professionals submitting fake bills to users. Insurance payments and subsequent transactions flow through the financial system and look like legit fund transfers. However, when the payments are settled through checks the laundering may also involve the cashier being part of the whole money laundering scheme.

In addition to this, the regulatory authorities, as well as government agencies, have seen a significant rise in cybercrimes, which consist of a series of illicit activities including malware attacks, phishing, credit card fraud, account takeover and various others in which the victims are tricked to get money from them. However, these internet-based criminal activities can be carried out from anywhere across the globe, along with the existence of drug dealers and organized crime groups there has been a rise in money laundering that employs complicit financial service professionals, merchants and individual entities to become money mule to make it possible for criminals to launder their illicit gains.

On March 17, The Office of the Comptroller of the Currency (OCC) and  Financial Crimes Enforcement Network (FinCEN) issued civil financial penalties against a federal savings bank for willfully failing to stay compliant with regulatory obligations including suspicious transaction reporting requirements. However, the consent orders read like a veritable “how not to” for reviewing anti-money laundering alerts.

The OCC’s consent order imposed a $60 million civil monetary penalty, between 2017 and 2021, as the bank failed to practice and maintain the BSA/AML program and to overcome loopholes within its program that the regulatory authority reported to the banks regarding in-house controls. The banks lacked adequate internal controls,  risk management practices,  suspicious activity identification, reporting, inadequate compliance staffing and training, and ineffective risk third-party risk management and others including violating 12 U.S.C.§ 1818(s)(3)(B) and 12 C.F.R. § 21.21. Additionally, the bank failed to file timely SARs as required by 12 C.F.R. § 163.180(d). On the same day, FinCEN imposed a $140 million civil monetary penalty for similar violations, which cumulatively led to the bank’s untimely filing of at least 3,873 Suspicious Activity Reports (SARs).

After the world trade centre tragedy, the government brought more notable changes in AML regulations. The regulatory authorities took significant steps to determine and overcome the risk of terrorist financing by legislating the USA Patriot Act. This further enhanced and broadened the reporting as well as record-keeping obligations of BSA and required firms to implement their in-house AML control system, with rigid controls along with policies. Moreover, this Act also emphasized the need for verifying the customer identities with which they were going to develop partnerships. The new requirements mandate companies to collect personally identifiable information such as names, addresses, and dates of birth and screen them against national as well as international financial crime watchlists.

Under this, FinCEN needs to maintain beneficial ownership information reported by businesses in a secure, non-public and confidential national registry. However, many other jurisdictions also have a registry, but prior to AMLA, there was no such requirement by the US government for businesses to provide information regarding UBOs to a state or federal database. The companies in favour of this initiative believe that the lack of UBO reporting may provide a gap for money launderers or organized crime groups to transfer illicit money through opaque ownership structures.

In accordance with this provision,  beneficial ownership information can’t be disclosed by the watchdog except to law enforcement, intelligence, national security or any other related government agency. However, state and local law enforcement authorities can request access to UBO’s information if a court has given the right to request information. Other than this, the banks and other financial service providers need to conduct customer due diligence procedures, with the consent of reporting businesses.

Shufti Pro’s Anti-Money Laundering (AML) screening can helps financial firms particularly banks to stay compliant with regulatory obligations as well as can identify the risk of money laundering before it happens. Powered by thousands of AI algorithms, Shufti Pro’s AML screening solution also screens customers against 1700+ global watchlists in less than a second with 98.67% accuracy.

Want to learn more about AML Compliance for your real estate business?