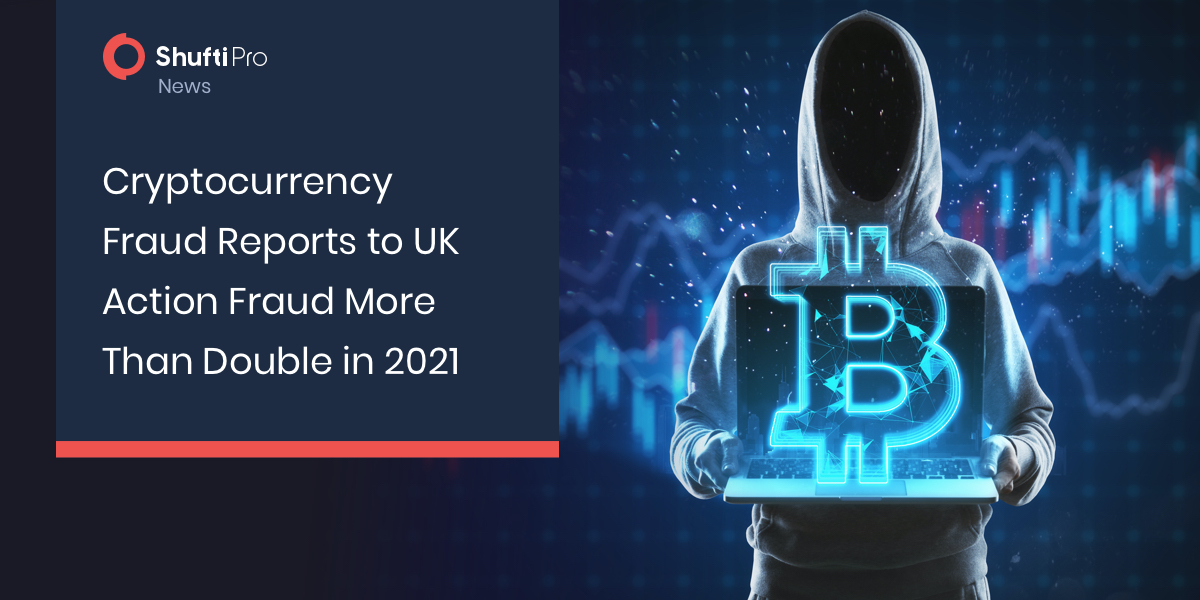 The study advises financial regulators to place more pressure on cryptocurrency institutions to comply with KYC and AML laws.

A recent study has revealed that cases of cryptocurrency fraud rose by 116% in the months leading to June 30th, making 2021 the fourth consecutive year when the numbers breached 100%.

According to research by law firm Pinsent Masons, cases reported to the UK Action Fraud – the UK’s national reporting centre for fraud and cybercrime – increased from 3,983 in 2020 to 8,614 in 2021. The firm states that with cryptocurrency adoption becoming mainstream among retail and investors, fraudsters too have shown keen interest in exploiting the market, especially through “get-rich-quick” schemes.

The study further cites concern about the “disproportionately large” percentage of vulnerable investors becoming victims of cryptocurrency fraud. “The police are now swamped with reports and cannot place adequate resources on these investigations.” stated a senior financial crime investigator at Pinsent Masons to the Financial Times.

“There is a misconception that cryptocurrencies cannot be traced but the point of blockchain technology is transparency: transactions on the blockchain are traceable,” he said. “Legitimate crypto institutions that want to stay on the right side of regulators and enforcement agencies will cooperate with a UK court order and freeze the stolen assets,” he added.

The firm also stated victims of the fraud, who lost smaller amounts, can file lawsuits against the criminals or the financial institution that enabled the fraud as a means of compensation. The study advises financial regulators to place more pressure on cryptocurrency institutions, prompting them to comply with court and asset freezing orders.

Additionally, the study states that currently, cryptocurrency institutions are failing to comply with the minimum regulations placed on them, including Know Your Customer (KYC) and Anti-Money Laundering (AML) requirements for the timely detection of crypto frauds.

KYC and AML screening processes have been mandated worldwide on cryptocurrency exchanges to prevent financial and identity crimes such as identity theft, money laundering, and account takeover among others. To fulfil regulatory requirements, secure their platforms, and attract new investors, institutions such as Binance have already implemented KYC processes.