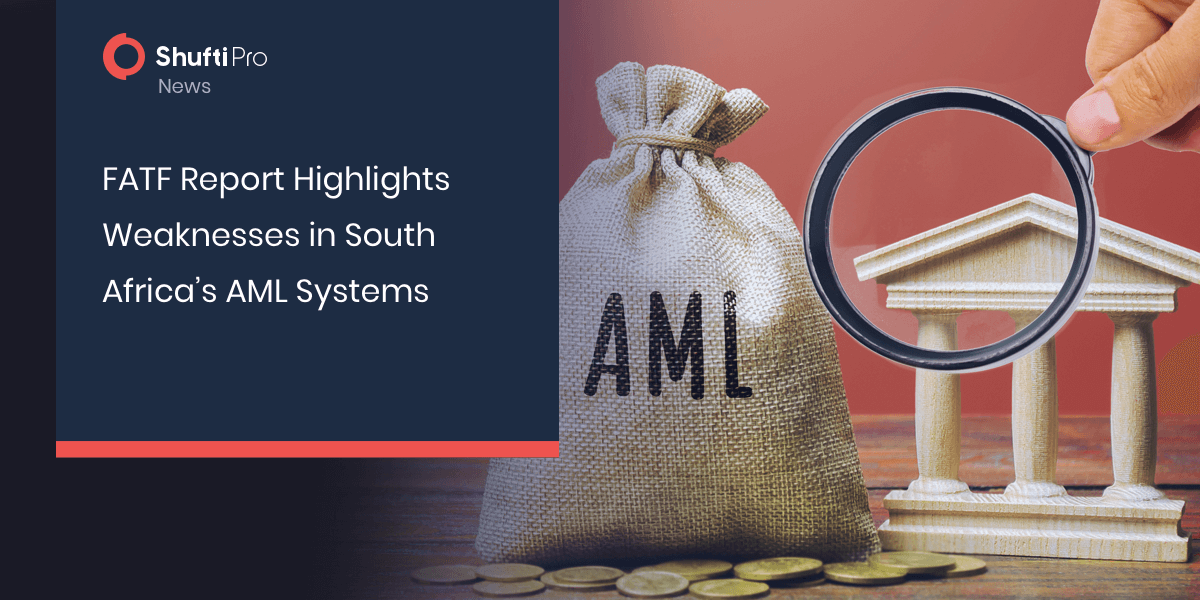 South Africa has a solid legal framework to combat money laundering and terrorist financing but has significant shortcomings in implementing an effective system.

In a joint statement on Thursday, the National Treasury and the Financial Intelligence Centre (FIC) said that the mutual evaluation report has been issued to check the effectiveness of South Africa’s AML/CFT systems and its compliance with the FATF’s Recommendations. The mutual evaluation was conducted by an assessment team led by the IMF (International Monetary Fund), officials from the Eastern and Southern Africa Anti-Money Laundering Group, and the FATF.

Being a financial hub for sub-Saharan Africa, the country is highly exposed to domestic and international money laundering. Citing the weaknesses, the FATF states in its report: “While authorities carry out some successful money laundering investigations, the proactive identification and investigation of laundering networks and professional enablers is not really occurring”.

Other weak AML controls identified in the report include an inability to recover assets from ‘State Capture’, proceeds that moved to other countries, and the detection and recovery of criminal cash proceeds.

The report further adds suggestions for South Africa by advocating the use of financial intelligence and the adoption of a risk-based approach. “South Africa must also make better use of financial intelligence. It needs to proactively work with international partners to detect and seize illicit cash flows. It must improve the availability of beneficial ownership information, improve the application of risk-based approach by businesses and supervisors and close gaps in sectoral coverage”.

Mutual evaluations reports are the results of peer reviews conducted by the FATF to analyse a country’s level of compliance with AML/CFT/CPF standards and identify necessary steps for meeting compliance targets. The reports are issued at regular intervals and seek to assist FATF member countries in strengthening their financial system, thereby enhancing the integrity of their financial system.