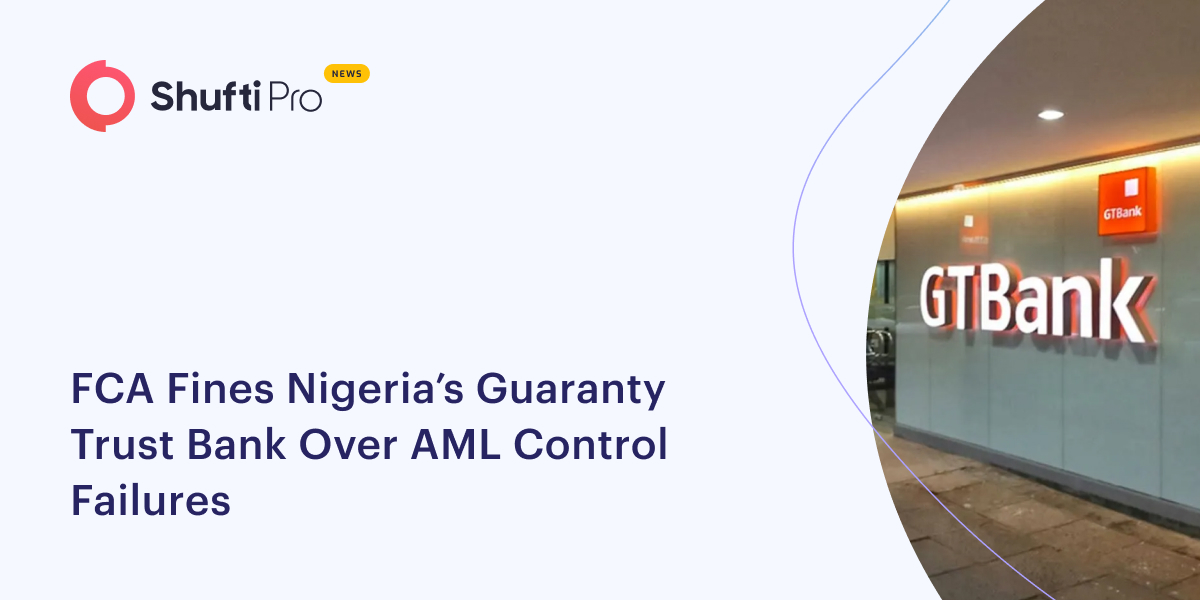 The UK watchdog said that it found “serious weakness” in the system made to prevent money laundering between October 2014 and July 2019.

These shortcomings were constantly highlighted in the financial system of the bank by internal and external sources, including FCA. Still, Guaranty Trust Bank fell short of adequate measures to address the issues.

According to Gbenga Alade, the managing director of GT Bank UK, the firm takes AML regulations seriously and stated that the FCA’s findings were sincere regret, adding the financial watchdog did not find any instances of suspected money laundering.

“We would like to assure all our stakeholders and the general public that necessary steps have been taken to address and resolve the identified gaps,” Alade said in a statement.

Mark Steward, Executive Director of Enforcement and Market Oversight at the FCA, said:

“GT Bank should have acted quickly to put in place adequate AML controls following its fine in 2013 but it failed to do so. GT Bank did not develop a plan that was capable of addressing its AML weaknesses, exposing it and the broader market to financial crime risks for a prolonged period.”

He added, ‘Firms must protect themselves and those dealing with them from financial crime risks, especially money laundering. The FCA is determined to ensure the market for financial services is safe, clean and trusted with robust systems and controls in place to stymie financial crime. The FCA will continue to take action when these standards are not met.’

The GT Bank was fined earlier by the FCA in August 2013 for serious and systematic failings in anti-money laundering controls.

The UK financial watchdog stated that the bank has not debated its findings and agreed to pay, thereby will get a 30% wave which would otherwise have totalled 11 million pounds (£10,959,700).