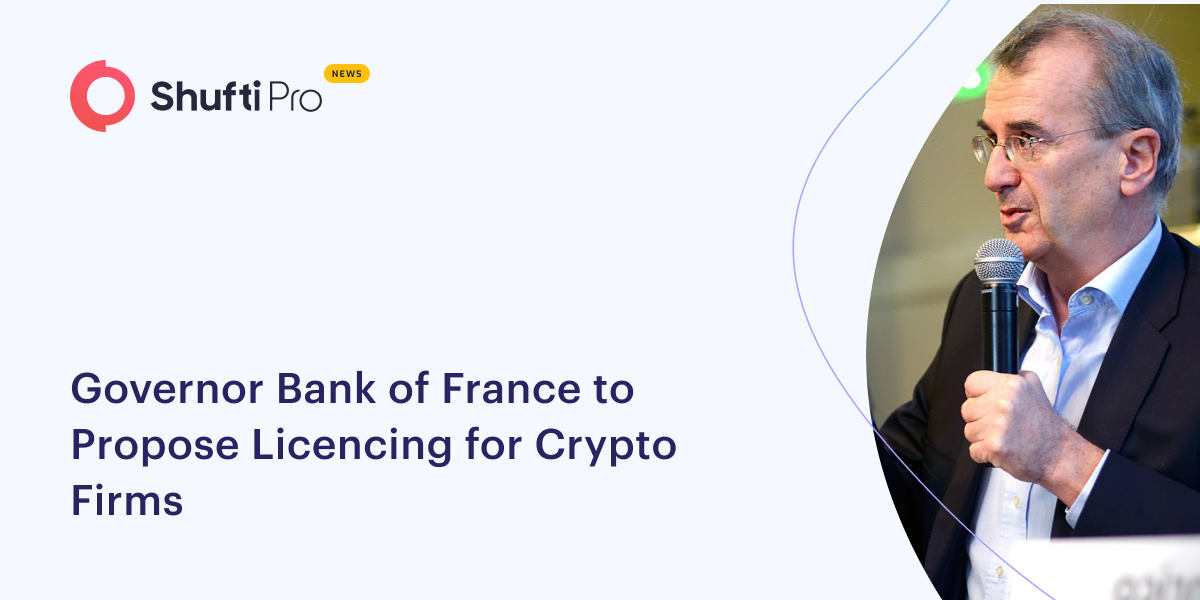 Governor Bank of France to Propose Licencing for Crypto Firms

François Villeroy de Galhau, the Governor Bank of France, has passed more stringent regulatory provisions for cryptocurrency businesses in the context of the industry’s volatility.

The governor proposed that the existing enrollment of cryptocurrency companies should be replaced by a licence. He also highlighted that the country should act before the approaching EU rules come into effect. The governor also made French government licensing mandatory for DASPs (Digital Asset Service Providers).

Autorité des Marchés Financiers (AMF), The French financial markets authority, has enlisted about 60 organizations that are interested in crypto dealings, including Binance.

In the context of everything that has occurred in the cryptocurrency industry in 2022, François Villeroy de Galhau instructed the authorities to proceed fast on making DASP licencing mandatory.

As far as business conduct, available financial resources, and organisations are concerned, the digital asset service providers looking for a licence are expected to comply with certain standards.

The proposal also comes with new EU legislation for MiCA (Crypto Asset Market) achieved consensus on a set of AML laws in the sector. In October 2022, the EU agreed on the legal text for licenced crypto businesses by passing landmark markets in MiCA.

The European Council and Parliament agreed on a provisional agreement on MiCA, making the first and most comprehensive EU stance on crypto assets, in June 2022.

The action came a day after the ESMA (European Securities and Markets Authority) completed the measures for decreasing money laundering in crypto dealings.

The Banque de France and Banque Centrale du Luxembourg also worked in the alliance back in December 2022 on an exploratory CBDC (Central Bank Digital Currency) initiative.

EIB (Europen Investment Bank) was aided by two central banks in the Venus initiative allowing the use of experimental CBDC for a EUR 100 million bond.

Other than the Bank of France and Luxembourg, the Venus program also implicated Goldman Sachs, Societe Generale, and Santander. The EID specified all the mentioned banks to be in charge of issuing and distributing the digital native bonds.