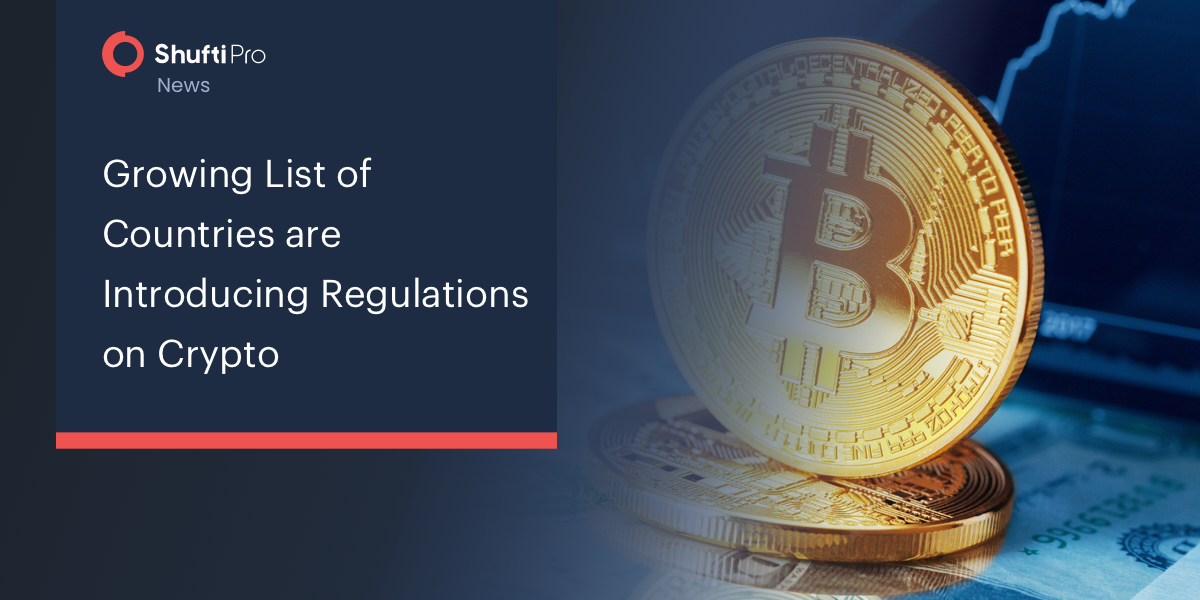 Growing List of Countries are Introducing Regulations on Crypto

Ukraine’s Parliament officially adopted the Draft Law On Virtual Assets. Prior to this, cryptocurrencies in Ukraine fell into a grey area.

An increasing number of governments are acknowledging the rising demand for cryptocurrencies such as bitcoin. To bring such digital assets into the financial landscape, AML and KYC laws are being imposed to enhance the integrity of the sector.

The latest country that has joined the list is Ukraine, which is seeking to legalize crypto with the introduction of new laws and policies. Last week, El Salvador became the first country to adopt bitcoin as legal tender. Two weeks before that, Cuba passed a law to recognize and regulate cryptocurrencies, quoting “reasons of socio-economic interest.” Panama is also currently in the planning phase for new cryptocurrency regulations.

On Wednesday (8 September 2021), Ukraine’s Parliament officially adopted the Draft Law On Virtual Assets. Prior to this, cryptocurrencies in Ukraine fell into a grey area.

The move has been made in an attempt to legalize cryptocurrency in the country for the first time. The law will come into effect after amendments have been made in Ukraine’s tax code regarding the taxation of cryptocurrency transactions. However, the Ukrainian legislature is yet to vote on these amendments.

Furthermore, the Ukrainian Law on Virtual Assets does not consider crypto as a legal tender in the country, unlike El Salvador. Instead, it mandates that the term ‘financial virtual assets’ be issued by registered entities. Crypto consumers will be able to independently determine the value of virtual assets, open bank accounts to settle transactions, and seek judicial protection for associated rights.

Cryptocurrency service providers are required to abide by the country’s Anti-Money Laundering (AML) regulations and make all necessary attempts to eliminate financing of terrorist activities, just like traditional financial institutions.