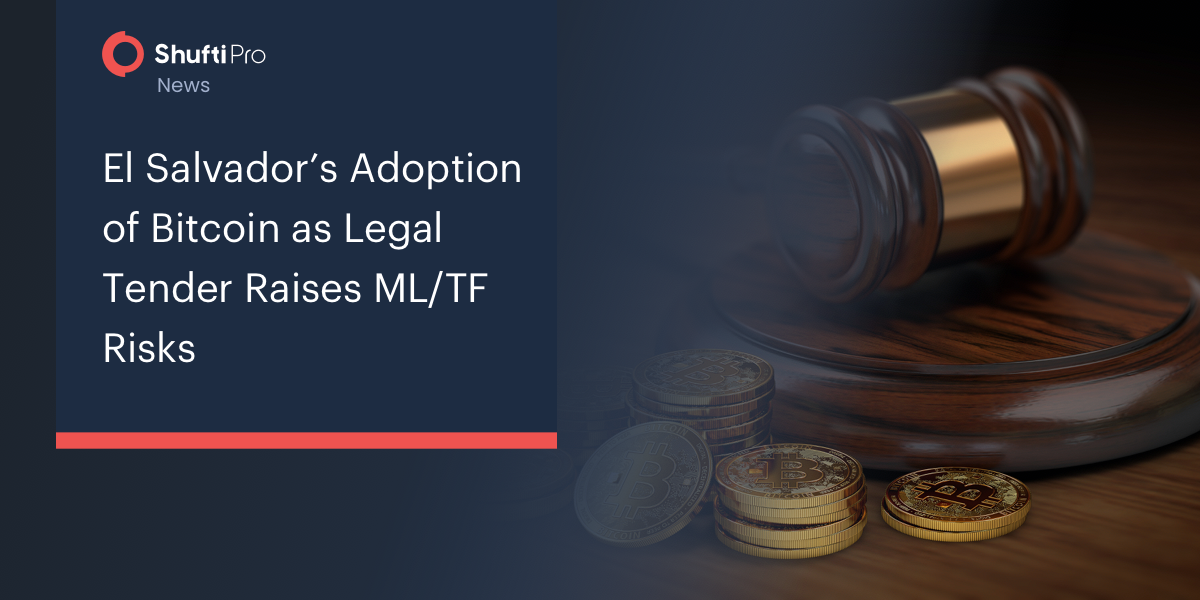 El Salvador has become the first country to accept Bitcoin as a legal tender.

On 8 June 2021, El Salvador’s President Nayib Bukele sent the Bitcoin Law to Congress for a vote.  According to this proposal, the purpose of the Bitcoin Law is “to regulate bitcoin as unrestricted legal tender with liberating power, unlimited in any transaction, and to any title that public or private natural or legal persons require carrying out”.

The #BitcoinLaw has been approved by a supermajority in the Salvadoran Congress.

As of 7 September 2021, Bitcoin has been granted legal status, since 62 out of 84 members at the Congress voted in favour of the proposal. Shortly after the vote, Bitcoin price spiked by 5%, reaching USD 24,239.17.

Prices of goods and services can now be offered in bitcoin, tax contributions can be paid with the digital currency, and exchanges in bitcoin will not be subject to capital gains tax.

Bitcoin prices are known for their volatility, and critics suggest it might damage the financial stability of the country. However, the law provides a counter-argument that states 70% of El Salvador does not have access to traditional financial services at present, thus Bitcoin will encourage financial inclusion.

While the official currency of El Salvador is the US dollar, monetary policies set by the US Federal Reserve do not cater to El Salvador’s fiscal needs. The new law has particularly been unpopular among the masses due to the high money laundering and terrorism financing (ML/TF) risks associated with cryptocurrencies. The International Monetary Fund (IMF), of which El Salvador is a member state, criticized the move, calling it “an inadvisable shortcut”. The World Bank also warned El Salvador that the adoption of Bitcoin as legal tender could imperil the financial stability of the country.

Privately issued cryptoassets like Bitcoin come with substantial risks. Making them equivalent to a national currency is an inadvisable shortcut. Read more in our #IMFBlog by the IMF’s Tobias Adrian and @RhodaWeeksBrown: https://t.co/r1NwBuyAq8 pic.twitter.com/Sk9tOjvhD6

The law provoked numerous protests across the country, with most of the population growing wary of cryptocurrencies.

Countries such as the UK and China have placed bans on cryptocurrencies due to the high level of associated risks. In particular, criminals have used cryptocurrencies for money laundering, tax evasion, execution of Ponzi schemes, and other financial crimes.

To curb the financial threat posed by cryptocurrencies, regulations for mandatory KYC (Know Your Customer) and AML (Anti-Money Laundering) verification are likely to be imposed. This month, Bitcoin mandated KYC verification of all end-users after multiple concerns were raised worldwide against the ML/TF risks linked with the largest crypto provider, Binance.