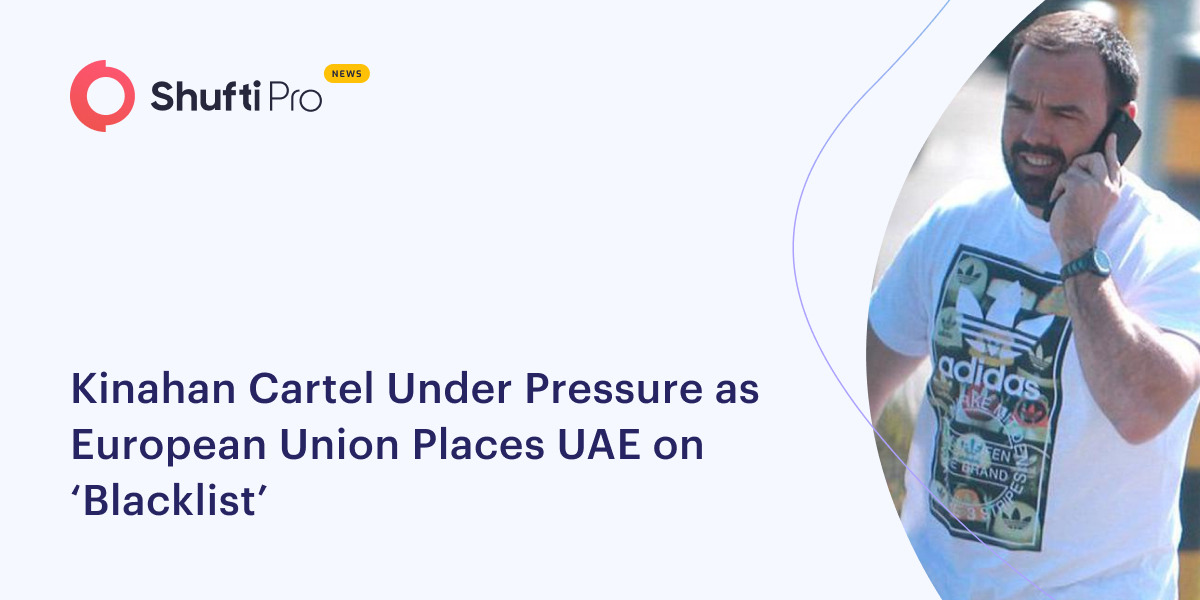 The Kinahan Cartel is under great pressure after the European Union (EU) places the UAE on the ‘blacklist’.

The European Commission added the Gulf States to its list of nations with a high risk of supporting terrorism and money laundering.

EU’s Financial Services Commissioner Mairead McGuinness said that “the EU is targeting countries that have deficiencies in their anti-money laundering and anti-terrorist financing frameworks.”

The regulations prohibit any corporate or individual transactions between the EU and the Middle Eastern nation.

The action is the result of months of political pressure to deter criminals including Christopher Kinahan Sr and his sons Daniel and Christy Jr from accessing the tax haven.

The scope of their commercial interests in the desert country became clear when it was revealed that the Kinahan family had been penalized by the US Office of Foreign Asset Control.

A number of companies with lavish office spaces in Dubai were identified as fronts for their transnational drug dealing operations.

“The ability of the EU to combat money laundering is significantly diminished if criminals can simply transfer their wealth to other jurisdictions such as UAE,” Transparency International said.

The political movement to strengthen financial controls in the UAE has also been fueled by the presence of Russian oligarchs there who are trying to conceal their holdings from EU and US sanctions.

According to Special Agent Wendy Woolock of the US Drug Enforcement Agency’s Special Operations Division, the Kinahan operate from Dubai with apparent impunity”.

The Kinahans have a $5 million bounty placed on each of their heads, and the US is still working to arrest them.

The Sunday World has reported that there is probably a sealed indictment from US courts listing criminal accusations against the Kinahan.

Over 6000 BVNs Under Scrutiny for Fraudulent Transactions, Reveals CBN