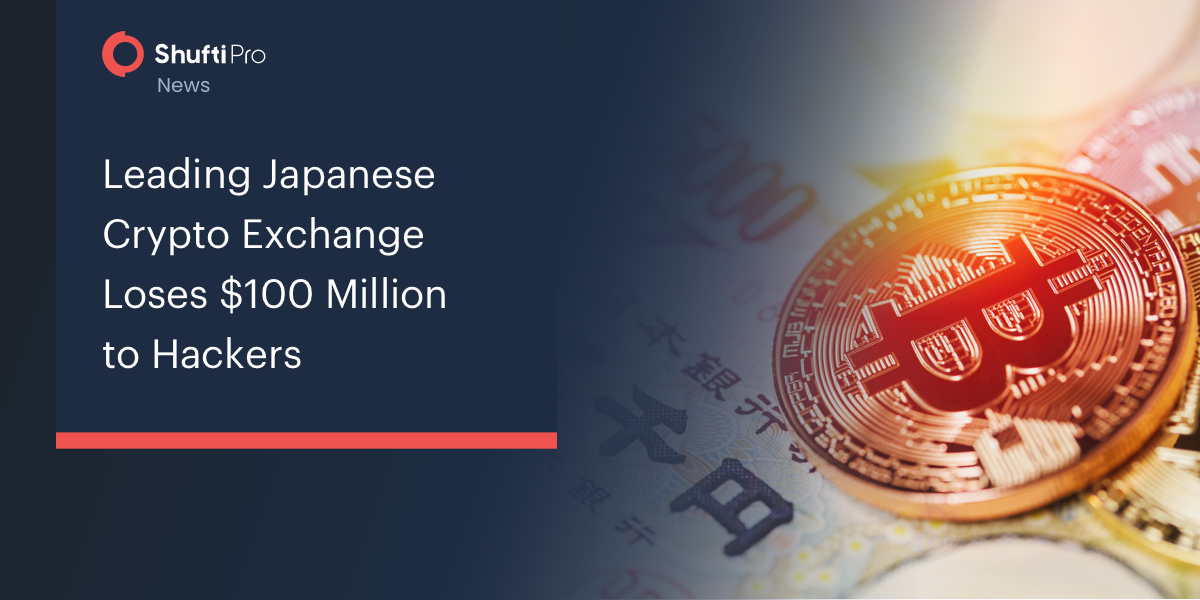 Liquid Global, a leading cryptocurrency exchange in Japan was hit by a hacking attack and the exchange and approximately $100 million (£73 million) were stolen.

The exchange announced that a few of the digital currency wallets have been compromised. So far, this is the second biggest crypto heist in history. Last week, Poly Network was also targeted by hackers and the company lost $600 million to hackers. However, $47 million were returned to Poly Network.

Unfortunately, the situation for Liquid Global is not the same. The company tweeted:

The ‘warm’ or ‘hot’ wallets mentioned in the tweet refer to digital wallets that are easily accessible and are usually based online. On the contrary, cold wallets are available offline, trickier to access and henceforth, more secure than the other kind.

According to Elliptic, a blockchain analytics company, around $97 million were taken away and Ethereum and Bitcoin were the biggest haul. The company claims that it is tracing the lost digital currencies and collaborating with other cryptocurrency exchanges to freeze and recover the stolen assets.

With millions of customers across 100+ countries, it is among the top 20 crypto exchanges of the world with the highest daily trading volume. Apart from this, it is not the only Japanese cryptocurrency exchange to be hit by a hacking attack. MtGox collapsed in 2014 after losing around half a billion dollar worth of bitcoins. In 2018, Coincheck lost $530 million to a crypto heist.

Suggested Read: The Case Against Cryptocurrencies: Where is it Banned & What’s Causing the Crackdown?