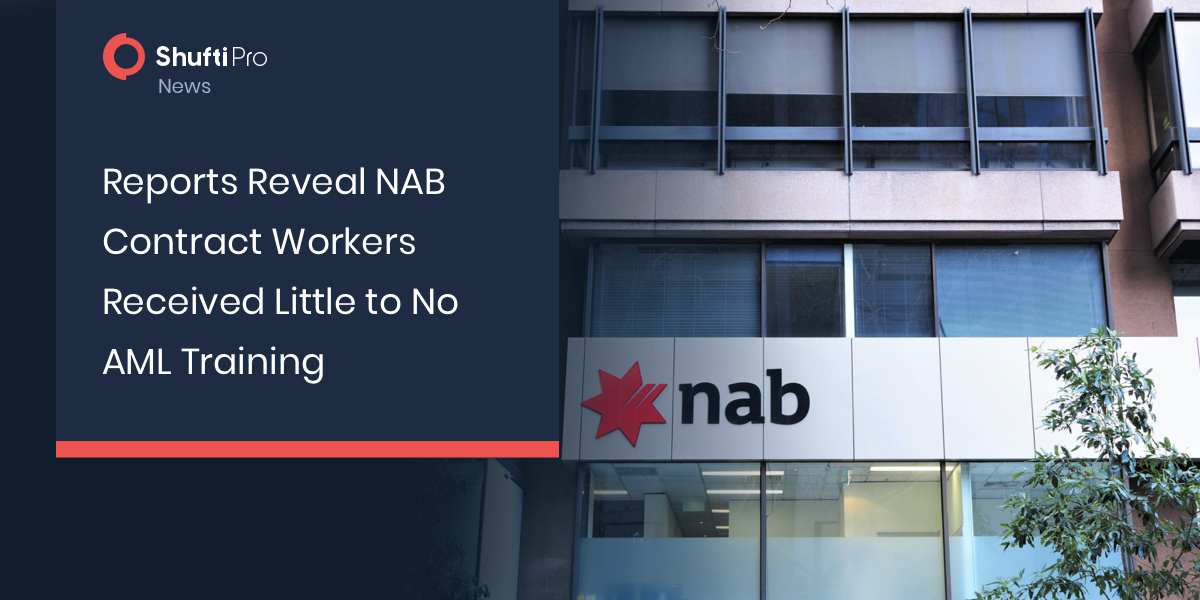 The disclosure follows AUSTRAC’s recent launch of a formal investigation into NAB earlier this month.

The National Australia Bank (NAB) has been employing the use of casual workers in the field of fraud prevention and AML roles for years at a time, despite being promised full-time positions.

Reports from The Age and Sydney Morning Herald revealed that numerous former workers at NAB have disclosed that they received little to no formal training when they joined the fraud prevention team through the recruitment firm Hays.

Although the use of casual workers by banks in compliance roles is not uncommon, hiring third party companies in sensitive areas such as this is less heard of. Bank ANZ and Westpac both confirmed they have not used third parties or contractual workers in such areas.

Another important revelation that has come into the spotlight is the staff within NAB was often dissuaded from disclosing escalating transactions that may have been indicative of money laundering since the AML team was under-resourced, reports state.

Following the current speculations, NAB has launched “Project Apollo” to tackle systematic failures in their AML systems. The project involves an in-depth investigation of thousands of customer accounts that may have received inadequate attention due to out-of-date identification information.

Last week, chief executive Ross McEwan accepted the need for improving internal security systems to combat financial crimes, pointing out that an estimated AUD 800 million has been invested in such efforts since 2017.

To steer NAB’s transformation, former AUSTRAC boss Paul Jevtovic is set to join NAB in September. He will become a key member of the risk leadership team and will be reporting directly to Sean Dooley, the bank’s chief risk officer.

Prior to these events, the AUSTRAC pointed out NAB’s inadequate identity verification procedures, Customer Due Diligence processes, and issues related to its compliance with a joint AML/CTF programme at the bank.

At the moment, NAB is not expected to receive financial penalties from AUSTRAC. However, analysts believe that the bank will incur higher costs when resolving its compliance issues.