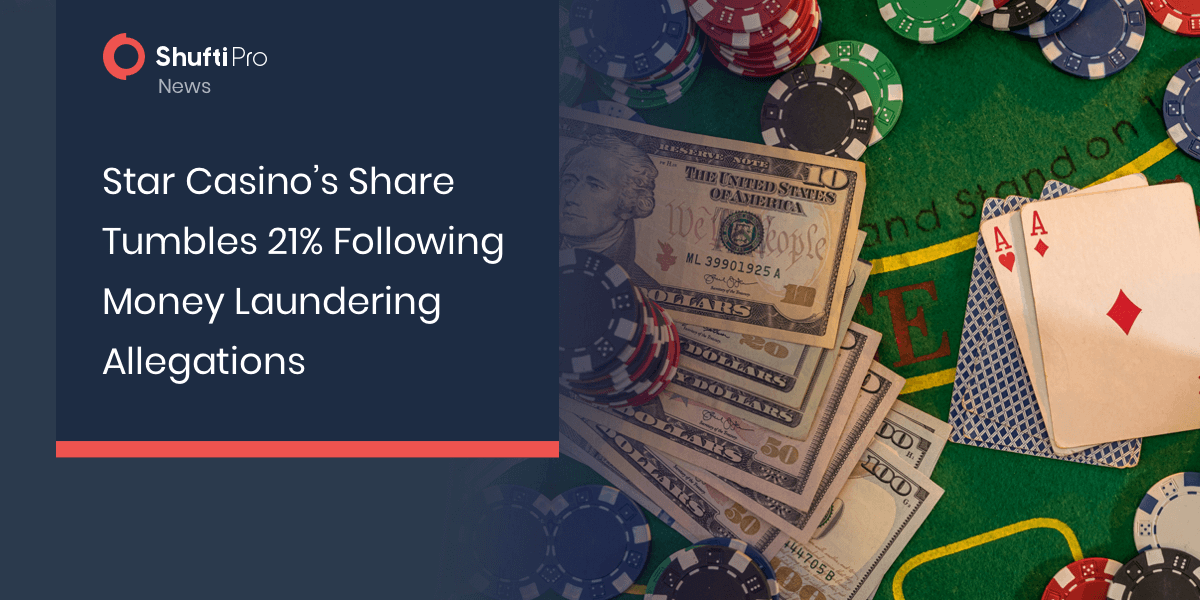 Individuals banned from gambling at the Star casino in Sydney had been permitted to gamble at Star’s Gold Coast casino in the state of Queensland.

The stock went down by 21% in Sydney after the newspaper reported that Star facilitated high-risk gamblers, linked to criminal or foreign-influence operations, between the years 2014 and 2021. The stock traded 16% down at A$3.59 at 11:25 a.m. in Sydney, cutting Star’s market value to about A$3.4 billion ($2.5 billion), according to Bloomberg.

The board members of Star casino had been previously warned to strengthen their anti-money-laundering controls, the newspaper said. AML measures are mandated for casino’s worldwide to prevent criminal activities such as money laundering and financing of terrorist activities.

According to an investigation by Nine Entertainment newspapers the Sydney Morning Herald and the Age, and the television program “60 Minutes”, Star casino failed to have adequate AML policies in place.

Exclusive: Star Entertainment Group portrays itself as the cleanskin casino operator compared to rival Crown Resorts but an investigation reveals it engages in many of the same improper practices | @ageinvestigates @jttozer https://t.co/M2HIZ1nhLn

In a statement, Star said it is “concerned by a number of assertions within the media reports that it considers misleading. We will take the appropriate steps to address all allegations with relevant state and federal regulators and authorities.”

In February, the New South Wales state gaming regulator declared Crown Resorts Ltd. – Star’s main rival – unfit to operate its new Sydney casino after an official inquiry found it had facilitated money laundering for years. A regulatory report into Crown’s suitability to run its flagship Melbourne casino is due on Oct. 15.

As reported by the Sydney Morning Herald, Star was involved in similar activities without undergoing the same level of public scrutiny as the Crown.

Several individuals banned from gambling at the Star casino in Sydney had been permitted to gamble at Star’s Gold Coast casino in the state of Queensland, according to the Sydney Morning Herald. Following the allegations, Star responded that it “operates in a heavily regulated industry. We are subject to thorough and ongoing regulatory oversight, including compliance checks and reviews across the company’s operations.”