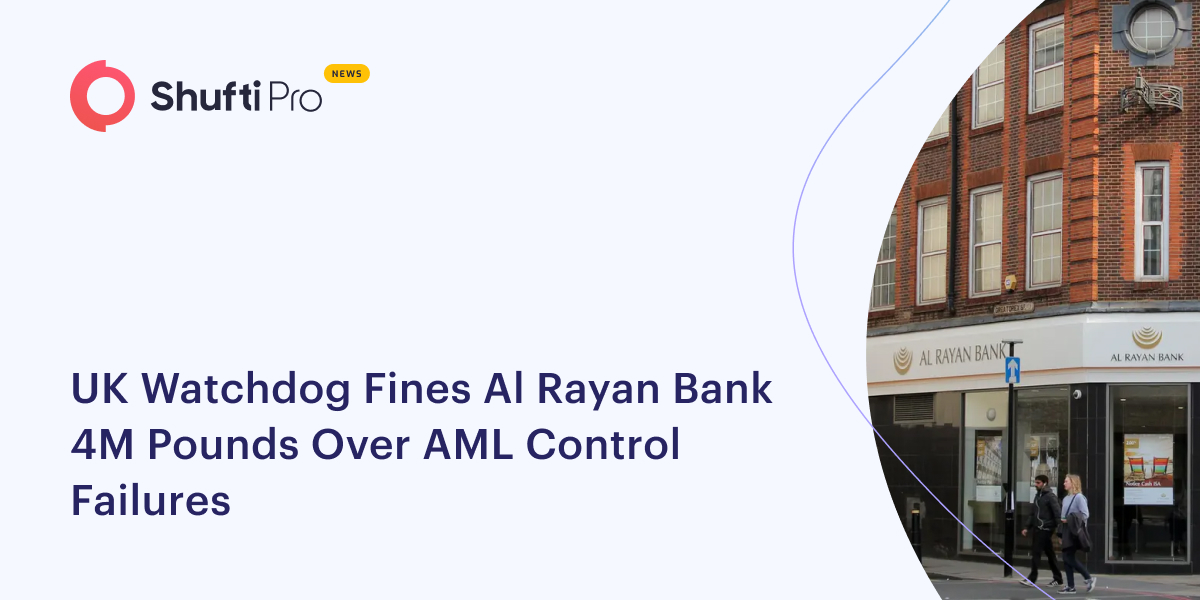 According to the FCA (Financial Conduct Authority) statement, Al Rayan Bank PLC allowed finances to be passed through the bank and used within the UK between April 1, 2015, and Nov 30, 2017, without sufficient checks.

“Al Rayan was aware of these weaknesses and failed to implement effective changes to fix them, despite the FCA raising concerns about the inadequacies of their systems,” the FCA said in a statement.

The FCA also mentioned that the bank agreed to settle the charges from the financial authority without any dispute, therefore is eligible for a 30% wave from the fines, which otherwise would have been 5.7 Million pounds. ($6.92 million).

Giles Cunningham, the Chief Executive of Al Rayan Bank, said the financial watchdog did not find any evidence of criminal activity and money laundering by the bank or any of its customers. Also, none of the bank’s existing management was in a senior role at the time.

“The financial penalty will have no material impact. The Bank remains well capitalised and will report very strong financial results for 2022,” Cunningham said in a statement.

All identified weaknesses have been fully resolved, Cunningham said.

The FCA revealed after the watchdog’s visit in 2017; the bank willingly consented not to take further high-risk clients.

“This restriction has now been lifted, following improvements to the bank’s systems and controls, but the bank remains subject to some limited restrictions while further improvements are made,” the FCA said.

Mark Steward, Executive Director of Enforcement and Market Oversight at the FCA, said:

“The FCA will continue to raise the stakes for firms that do not take their financial crime responsibilities seriously, especially in preventing money laundering risks which harms confidence and integrity in our market and in preventing financial crime, which is a key component in the FCA’s three-year strategy.”

Regulators have been putting pressure on banks to have strong anti-money laundering controls in place.