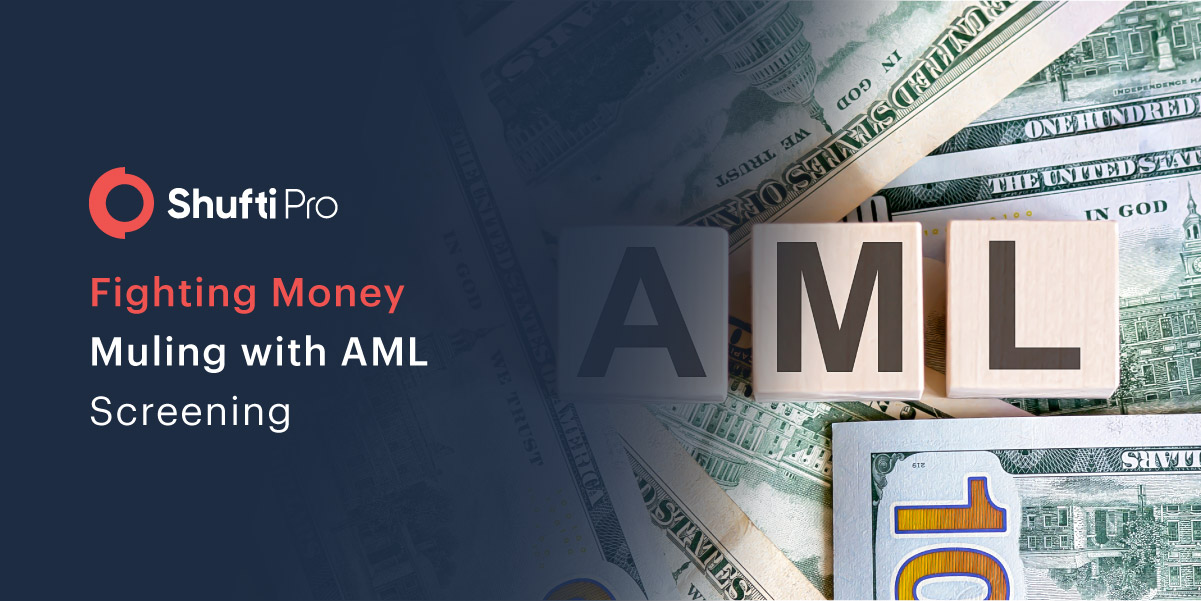 The coronavirus pandemic has brought about unusual changes in industries and lifestyles across the world. Unfortunately, it also provided significant opportunities for the financial criminals to carry out money laundering activities by manipulating lingering uncertainty and fears around the pandemic. In addition to this, using emerging advanced technologies cybercriminals have become more complex, diverse, and sophisticated to exploit identity verification systems as well as regulatory authorities. However, the money laundering risk is now not restricted to individuals only, but also occurring at the business level through various schemes.

Moreover, as businesses are moving towards digital platforms and are integrating innovative payment gateways, money launderers are able to launder illicit earnings without being under the eye of regulatory bodies. Therefore, emerging payment options and the advent of cryptocurrencies have increased the likelihood of money laundering and other financial crimes through money mules. Recently, the Bank of Philippines has issued warnings on the rise of money muling activities and called for more rigid regulations to overcome the risk of financial crimes. Other than this, many other jurisdictions are also taking the initiative to detect and eliminate the instance of money muling activities, aiming to secure financial operations.

The Rise of Money Mules

According to the US Federal Bureau of Investigation, money mules are the criminal entities that work for money launderers to transfer or move illicit money either within the country or route to international destinations. Typically, money launderers trick money mules to deposit a bogus check into a bank account, or to receive money from the unauthorized accounts, although in some complicated cases money mules intently move black money in exchange for a small percent of share or profit, that totally depends on the deal they finalize with the criminals.

Money mules are considered as a potential risk for the financial institutions as they are inherently dangerous as they add layers to the money trail from victim to the money launderers, which increases the complexity and thwarts the capabilities of regulators to determine the tracks of illegal money.

In addition to this, coronavirus has also become a catalyst for money laundering. As the pandemic has reshaped economies globally and left millions unemployed, it has urged the people to make instant money regardless of method of earning and legality issues. However, people desperate for work and to gain financial stability are at significant risk of being lured by work-from-home job scams that promise easy earning without hard efforts. Unbeknownst to them, such job offerings turn them into becoming money mules.

Transaction methods have also transformed and customers are increasingly using mobile deposits, contactless payments, person-to-person payments which has become the new trend as a result of the coronavirus pandemic. Like legit entities, new opportunities for the criminals have also emerged making it more convenient for them to earn money and integrate into the legit banking systems through money mules. Real-time payment services allow money to be moved across various accounts instantaneously, into the control of money launderers, and completely off the radar of the financial regulators, making transactions hard to trace.

A 22-year old Dutch suspect has been arrested by Australian law enforcement authorities as he was alleged to be involved in money muling activities as well as an active member of money laundering networks suspected to launder more than $3.5 million worth of illicit money stolen from the legit Australian bank accounts. The Federal Police also initiated investigations after a malware attempt was discovered targeting the account holder in order to get access illegally. Moreover, through such cyberattacks, the personal and financial information was abducted by the criminals so that they could steal funds. To back the money-laundering operation, a money mule network was used to transfer the stolen money to international destinations.

According to the reports, this was a joint investigation that was carried out by both banks and the police to identify the victims and to determine any possible connection with the money mule network. After the investigation ended, it was published that the Dutch suspect had around $18,000 in stolen money transferred to his account. Police believed that he had taken a 5% commission against assisting the money-laundering network. Later on, he converted the cash into cryptocurrencies and routed them to offshore accounts.

The financial watchdogs have flagged the Bank of Philippine Islands (BPI) in suspicion of being involved in an industry-wide proliferation of money mules. Therefore, the bank published advice for its customers as well as the public to pay more attention before sharing personal or financial details with anyone in order to overcome the risk of becoming a money mule intentionally or unintentionally. The BPI took this initiative to decrease the number of money muling activities, which is one of the serious offenses by law. In addition to this, money mules work similar to drug mules, as these are the individual entities that assist money launderers to wash black money.

BPI’s chief digital officer, Noel Santiago said, in the last 2 years the number of money mule accounts has increased, and it is identified that the rapid trend of digitization has been fueling the cause.

The Bank Secrecy Act was legislated in 1970 with an aim of overcoming the risk of money laundering and terrorist financing activities in the United States. The BSA is intent to curb financial crimes and ensure that financial firms, particularly banks, do not facilitate criminals or become part of money laundering schemes. The BSA has emerged with a wide range of obligations, sanctions, and penalties for institutions functioning within USA borders including a requirement of implementing risk-based anti-money laundering systems along with enhanced due diligence protocols. In addition to these obligations, screening systems, recording keeping, and transaction monitoring measures are also to be implemented in order to identify and deter the risk of money laundering.

The USA Patriot Act was developed in 2001 after the terrorist group attacked the world trade center and the rest is history. This Act targets financial crimes associated with money laundering and financing terrorist groups. It also expands the scope of the Bank Secrecy Act by providing the law enforcement authorities additional investigatory and surveillance powers by introducing the new customer due diligence and AML screening measures while increasing the severity of sanctions and penalties.

The Proceeds of Crime (Money Laundering) and Terrorist Financing Act (PCMLTFA) is legislated with an aim of curbing and prohibiting money laundering and terrorist financing activities within Canada’s jurisdiction. Moreover, under this Act, the Financial Transactions and Reports Analysis Centre of Canada has also made additional regulations. PCMLTFA obligates financial firms to remain compliant with the regulations while dealing with high-risk entities. Other than this, obligations including suspicious activity reporting, customer identification programs, and record-keeping programs must be implemented in order to deter the risk of money laundering.

Like other financial crimes, money muling has become a global concern. There is a growing need to crackdown money mules’ operations, and regulatory authorities have to give their best to curb money launderers. Therefore the financial firms hold the significant powers to expose these criminal entities, they just need to integrate anti-money laundering screening services along with transaction monitoring solutions.

Shufti Pro’s state-of-the-art AML screening services are an optimum solution for the financial service businesses that are finding it hard to stay compliant with the regulatory obligation and to deter the risk of money laundering. Powered by thousands of AI models, businesses can screen customers against 1700+ global financial watchlists in less than a second with 98.67% accuracy.

Want to know more about AML screening services and want to secure business?