Money Laundering Spikes High in the Gulf Region - What’s Next?
Skip to content 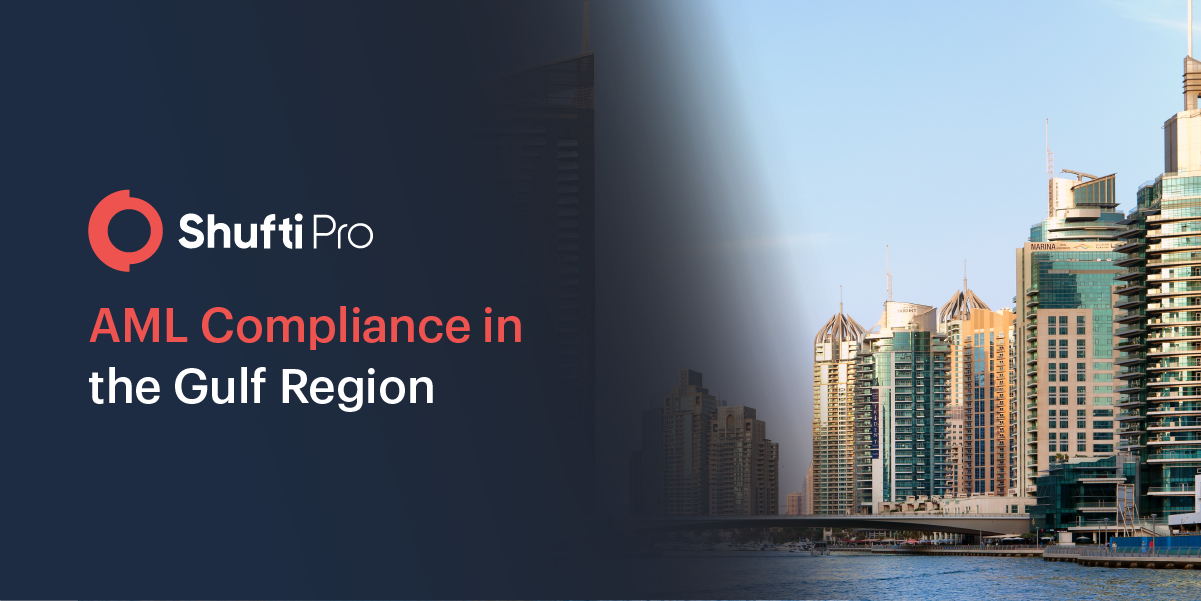 Money Laundering Spikes High in the Gulf Region – What’s Next?

Given the rapid increase in FinCrime, the Gulf region is now working day in and day out to impose stringent Anti-Money Laundering (AML) laws to combat the illicit flow of funds. The UAE Central Bank, the Ministry of Justice and all other regulatory bodies of the region have joined hands to effectively structure AML/KYC compliance policies, ensuring financial criminals can be prevented from executing their illicit plans. The global financial regulator, FATF, issued the Mutual Evaluation Report highlighting the key problem areas in the region’s AML systems. Let’s take a look at the current situation of financial crime in the region and the steps taken by the government to overcome the problem.

Recent FinCrime and AML Non-Compliance Cases in the Gulf Region

Numerous cases of money laundering and terrorist financing have been reported to the regulatory bodies of the GCC region.

In the first half of 2021, 11 UAE banks were fined for not complying with the Anti-Money Laundering (AML) laws. These financial institutions failed to employ effective AML screening solutions. Consequently, perpetrators used these banks to transfer black money into multiple other accounts. The Central Bank of UAE did not disclose the names of these 11 banks, but fines were imposed worth approximately Dh45 million.

Apart from this, here’s a breakdown of other AML penalties in the UAE:

The fine was imposed on organisations that were dealing with fake bank accounts. Fake names, phone numbers without the names of their owner, and failure to take necessary steps related to clients identified as high-risk on domestic or international lists resulted in the imposition of this fine.

Banks’ inability to perform enhanced due diligence measures to manage high risk entities resulted in a fine of Dh200,000. Moreover, these banks did not notify the Financial Information Unit about the detected suspicious activities.

Suggested: AML Non-Compliance Penalties Soaring Sky High in the First Half of 2021

As a result of not performing due diligence measures towards clients before establishing or continuing a business relationship, and failing to verify identities of customers using government-issued identity documents led to a penalty of Dh100,000 on banks. Apart from failure to perform EDD checks, these banks did not keep a track of transactions with the clients.

This is by far the minimum amount of fine imposed on financial institutions. Failure to take necessary steps and processes to identify risks according to the outcomes of the national risk assessment. Furthermore, these institutions failed to set internal policies and controls to combat crime.

Back in February 2021, the Ministry of Justice in the UAE suspended the licence of around 200 law firms to control the illicit flow of funds. As per the new set of measures taken by the Ministry to combat money laundering, lawyers of these firms are facing strict legal actions. Penalties against non-compliant law firms are between Dh50,000 to Dh5 million.

The Central Bank of UAE (CBUAE) imposed financial and administrative sanctions on an unauthorised individual related to an exchange house in the country. The penalty totalled Dh600,00. The fine was imposed because the individual was unauthorised to undertake a function that required approval from the Central Bank. In the same month, the CBUAE fined an exchange house operating in the country Dh504,000 due to poor compliance history.

The Gulf region has come up with the following solutions to control the increasing money laundering cases:

In June 2021, the United Arab Emirates (UAE) shifted from multilateral United Nations Security Council (UNSC) sanction to unilateral sanctions of its own. On May 6, 2021, the Executive Office of the Committee for Goods Subject to Import and Export Controls issued updated guidelines (known as The Guidance) for DNFBPs and financial institutions of the region. These regulations are with reference to Cabinet Resolution 74 of 2020 that regulates terrorist lists.

The Guidance has three parts:

Part I – An overview of the laws against money laundering

New guidelines to tackle money laundering and terror financing were issued in June, according to which licensed FIs are guided to assess the potential risks of FinCrime posed by customers. Furthermore, robust AML systems must be deployed to counter such risks. The new rules are applicable to organisations, trusts, foundations, associations or similar organisations.

It All Boils to Shufti Pro’s AML Screening

The Gulf region, for its exponential economic growth, is the prime target of financial criminals. Money laundering and terror financing is on the rise, encouraging regulatory authorities to take necessary steps to combat the rising threat. Financial institutions of the Gulf region are in dire need of robust AML screening solutions that can verify customers and business partners in seconds. With Shufti Pro’s AML screening, FIs can onboard legitimate customers in less than 30 seconds. Moreover, the market-leading accuracy rate of 98.67% ensures there are no false positives. Verification against 1700+ global watchlists will allow every organisation in the GCC region to combat money laundering, terror financing and other financial crimes.

Want to know how our AML screening solution works? Sign up for a 7-day free trial right away!