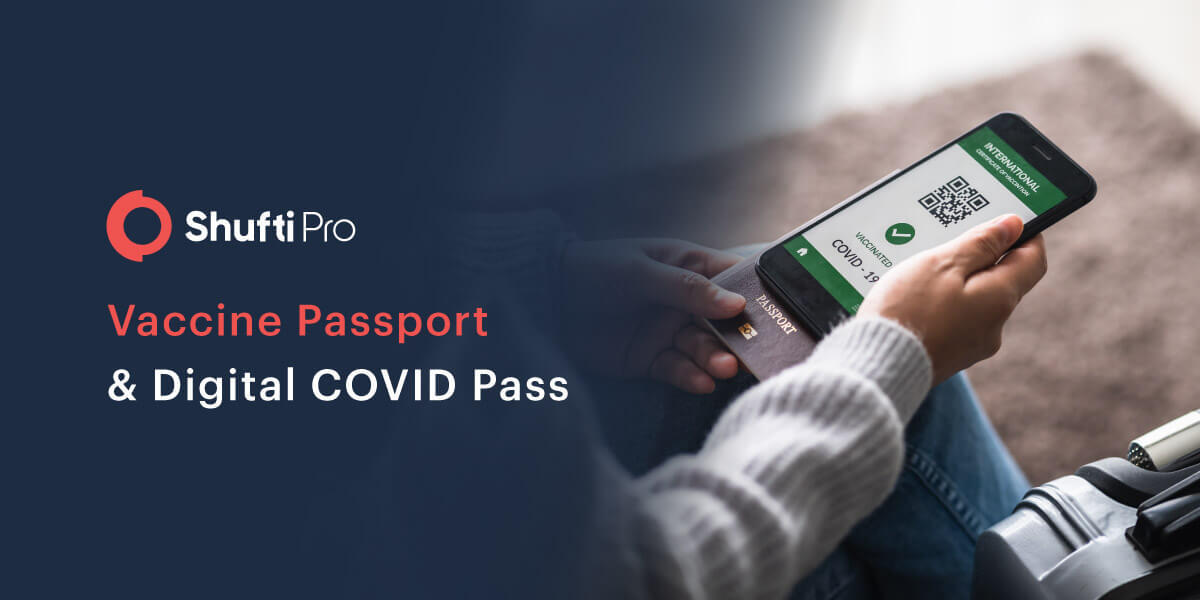 The Worldwide Response on Covid Vaccine Passports – A Brief Insight

One question that is being asked around the world with great urgency is, would freedom be granted to individuals that have been vaccinated against COVID-19? The impact of getting vaccinated ranges from the speed at which brick-and-mortar stores can reopen, to the day we can travel and meet our loved ones again. To expedite this process, the concept of a “Covid Vaccine Passport” began gaining ground to encourage citizens to be immunized against the virus. Additionally, it was also introduced as an attempt to jump-start economies.

While numerous countries are backing the proposal of a “Digital Green Certificate”, some have already announced their plans to launch Covid vaccine passports for the masses. With the help of this passport, travel across the world with zero restrictions is about to become a reality.

To streamline the Covid-19 test report verification process even further, dozens of companies began accelerating their plans to announce the introduction of digital health certificates and, later, Covid Vaccine Passports.

What are Covid Vaccine Passports?

Despite the name, a Covid Vaccine Passports is not necessarily a paper-based document. Instead, it is an application or an online system of proving that the bearer has tested positive for COVID-19 antibodies, has received the vaccination, or has tested negative for the virus.

What Plans Do Countries Have?

Since Covid vaccine passports are bringing forward the opportunity for countries to re-open travel again, along with restaurants, universities, and other public spaces, the feedback so far has been positive.

The goal behind the EU Covid-19 Pass is to allow its member countries to resume travel across borders. Leaders in the EU have diverted all efforts to ensure that the initiative is smoothly executed. With lawmakers approving the creation of an EU-wide Covid Pass, the plan is expected to be in action by June 2021.

The certificate, which might be in either digital or paper-based format, will allow the bearer to resume free movement across all the 27 member states, including some non-EU countries such as Switzerland, Norway, and Iceland.

Digital certificates depend on the verification of a QR code embedded with the holder’s personal data. According to the EU Commission, the data extracted will be kept safe and secure as the project is being implemented in collaboration with the World Health Organization.

As travel across the EU picks up pace, Britain is also in the works of introducing a digital Covid vaccine passport. The system, which was disclosed on 28th April by Transport Secretary Grant Shapps, will be based on the NHS (National Health Service) app. According to government sources, the NHS app itself will play the role of a covid vaccine passport.

Additionally, an added feature of the digital passport will be the allocation of a “green”, amber, or red color to countries that are deemed less risky for the spread of the virus. However, it has yet to be announced which countries will be included in the green list.

In an attempt to make international travel easier for citizens again, China has also joined the Covid vaccine passport bandwagon. By launching a digital health certificate approved by the government, citizens are now allowed to use it as a vaccine passport.

The digital version of the vaccine passport, also known as China’s “Health Pass” works through the social messaging app WeChat. By using the information encrypted in the QR code, authorities can easily view the bearer’s medical history. However, since only 4% of China’s population has been vaccinated so far, the vaccine passport is not mandatory for all as yet.

Unlike other countries, the idea of vaccine passports for tourist verification has been met with swift resistance in the USA. According to Jen Psaki, the White House’s press secretary, the government is completely against any system that requires citizens to carry a vaccine passport. Along with the government, the conservative and progressive party has also opposed the idea, considering it an infringement of privacy and freedom.

Critics fear that if the sensitive medical information included in the vaccine passport falls into the hands of criminals, it can be used to carry out crimes such as identity theft, insurance scams, and much more. If not, it can simply be sold on the black market or the dark web as in the case of COVID-19 vaccines.

With the pandemic showing no signs of slowing down, Covid-19 test verification has been enforced by governments worldwide. Industries that have to abide by this rule not only include the travel sector, but also educational institutions, sports arenas, cinemas, restaurants, hotels, large-scale events such as the Olympic Games,  and more.

The Digital COVID Pass fulfills two basic requirements: identity authentication and Covid-19 test verification. With the help of AI models, the Digital COVID Pass extracts information from a document, such as a passport in this case, by decrypting data present in the QR code. During this automated process, any form or fake or modified vaccine passport can be easily detected.

Additionally, the Digital COVID Pass is compliant with the General Data Protection Regulation (GDPR) and the Payment Card Industry Data Security Standard (PCI DSS) – both of which ensure that an organization secures a customer’s personal data. As a result, the privacy concern of the public can be effectively eliminated.