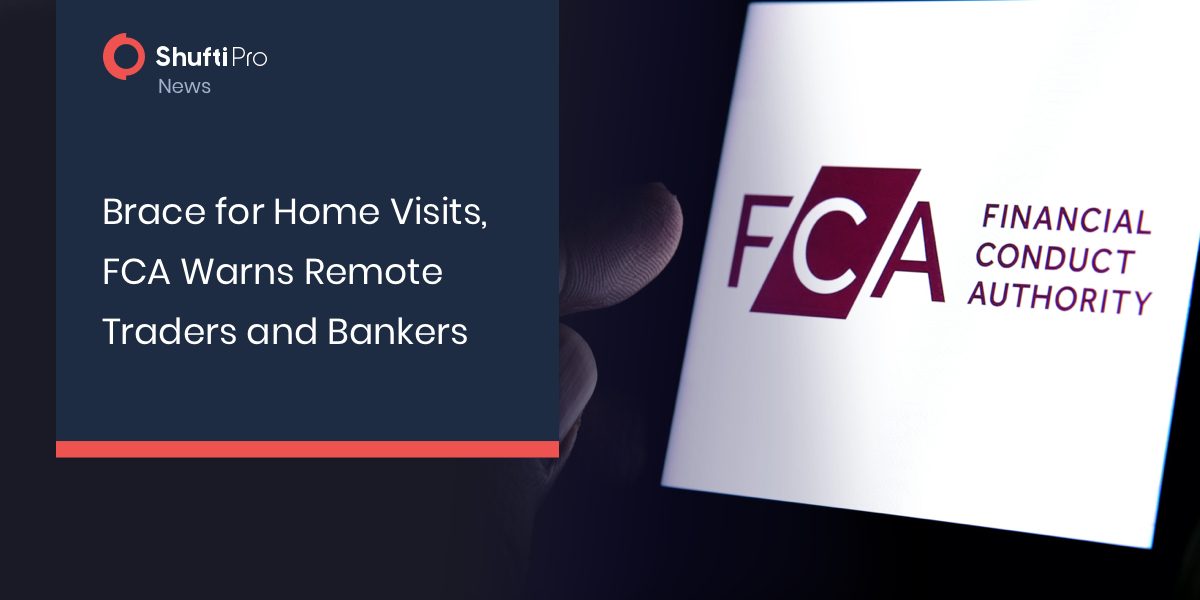 UK’s Financial Conduct Authority has issued a warning for all hybrid-working financial institutions to expect a home visit from the regulator for the monitoring of compliance and prevention of financial fraud.

Financial institutions that have shifted towards remote working arrangements have been warned by the Financial Conduct Authority to expect visits from the regulator at home. In a statement to financial services company on Monday, FCA stated that officials will now require access to their sites and employees, as the pandemic forced businesses to allow employees to work remotely.

The UK-based watchdog told the industry that it expects employers to devise compliance plans to continue meeting regulatory requirements, despite the new hybrid working environment.

“It’s important that firms are prepared and take responsibility to ensure employees understand that the FCA has powers to visit any location where work is performed, business is carried out and employees are based (including residential addresses) for any regulatory purposes. This includes supervisory and enforcement visits,” the watchdog said.

Existing businesses have also been directed to prove that hybrid working would not harm consumers, market integrity, competition and the watchdog’s ability to gather information about a firm. On top of this, companies must also perform satisfactory planning, so that they can “cascade policies and procedures to reduce any potential for financial crimes arising from its working arrangements,” the FCA added.

Furthermore, firms have also been advised to update details on their financial services register. “If your firm intends to use a private residential address as its principal place of business, it should consider the effect on any individuals and get necessary approvals. This includes those living at the property who aren’t employees,” the regulator said.

The FCA’s statement does not come as a surprise, given the surging cases of financial crimes amidst the pandemic. The banking and finance-focused agency, UK Finance, stated that the UK Police prevented £32m of financial fraud in the first six months of 2021. The agency further stated that the rising incidents of fraud observed in the e-commerce and online banking sector since the start of the COVID-19 pandemic are slowly becoming “a threat to national security”.