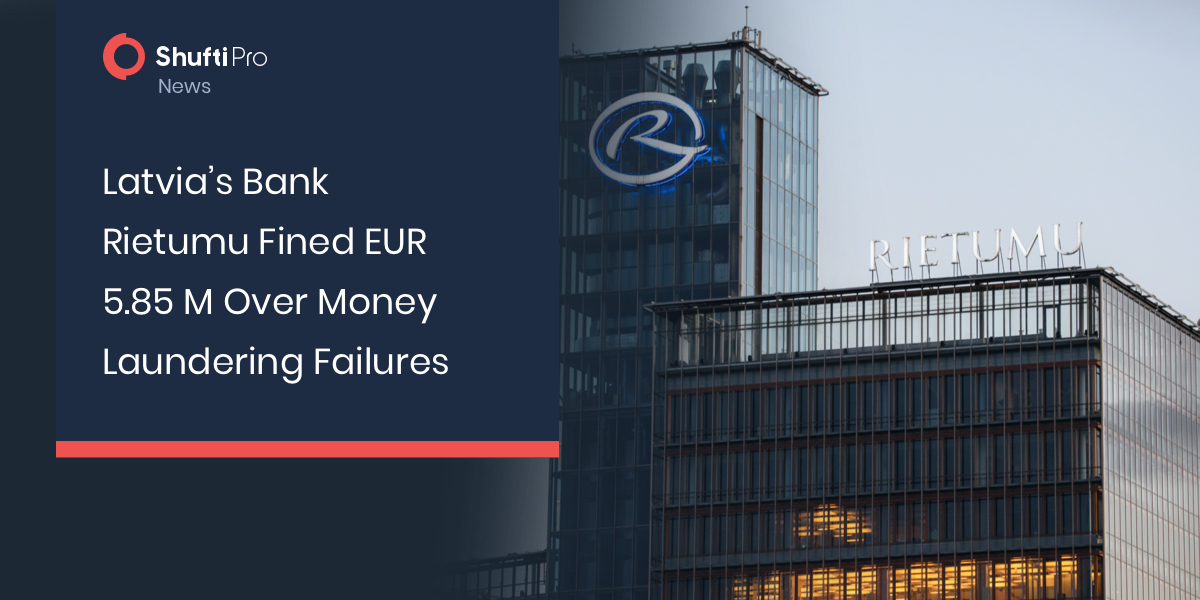 The Financial and Capital Market Commission has fined Bank Rietumu EUR 5.85 million over failures in its anti-money laundering system.

Latvia’s banking regulator, the Financial and Capital Market Commission (FKTK) stated on June 17 that it is handing out a record fine to local bank “Rietumu Banka” due to failures found in its AML (Anti-money Laundering) systems.

The decision which was taken on June 15 by the FKTK stated,

“We have decided to apply a fine of EUR 5.85 million on AS Rietumu Banka for infringements of the regulatory requirements regarding anti-money laundering and counter-terrorism and proliferation financing (AML/CTPF). The bank is also subject to a number of legal obligations to address identified violations and shortcomings.”

FKTK said that back in 2019, it had carried out an on-site investigation of Rietumu Banka to inspect AML/CTPF compliance and to ensure that internal control systems have the capability of identifying risks related to money laundering and terrorist financing.

The inspection surfaced irregularities and deficiencies related to insufficiently effective internal control system and inadequate risk management. Additionally, the FKTK also came to the conclusion “that the bank had not adequately assessed the risks associated with the activities of payment service providers (including foreign) and, in some cases, the level of ML/TPF risk inherent to the customer was determined lower than the actual risk level,”

Currently, no explanation has been provided by either party as to why the penalties took so long to be implemented.

Nevertheless, FKTK stated it has also ordered the bank to devise an action plan to immediately address the deficiencies identified through the inspections and continue its work on changing the business model. By doing so, Bank Rietumu can reduce risk exposure rates of high-risk jurisdictions, implement effective customer risk assessment measures, and carry out ongoing audits with increased ML/TPF risk.

In 2017, Rietumu Banka was also charged with EUR 1.5 million over similar charges and was advised to reassess its AML/CTF internal control system and take necessary measures.

Numerous news reports reveal that the new fine is the largest fine ever handed out by the regulator.