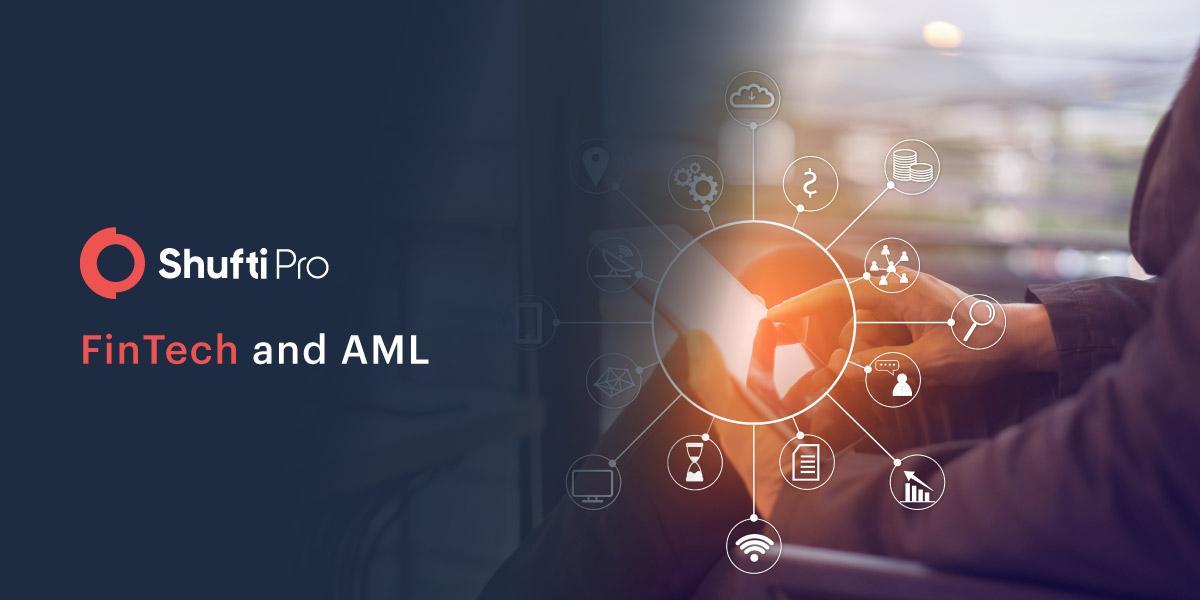 Also known as financial technology, FinTech is now among the fastest-growing industries. This sector’s ability to reduce costs and increase the efficiency of the business activities makes it an attraction for everyone. China is currently the biggest player in the FinTech market with a transaction value of USD 2,496 billion in 2020.

Due to the recent developments, regulators are now challenged to keep pace with technological developments and assess the accuracy of the regulatory framework of the industry. So, RegTech emerged and today, both sectors are closely related. In this context, new risks have evolved for banks and other financial institutions, especially for anti-money laundering and counter-terrorist financing. Regulatory bodies like the Financial Actions Task Force (FATF) have shared certain recommendations that are likely to assist the FinTech sector. Let’s have a look at the risks and regulatory initiatives that have been taken over the last few years for the FinTech sector.

What is AML in FinTech?

Anti Money Laundering compliance in FinTech is a regulatory requirement in the majority of the countries in order to prevent financial crime including money laundering and terror financing. FCA, FINMA and AUSTRAC are some of the major regulatory bodies across the world and all FinTech companies have to abide by the laws.

FinTech and AML Regulations – From 2014 to Date

FinTech is only a decade old and regulatory bodies came into action in 2014. Ever since law enforcement agencies have been imposing enhanced rules and regulations to control the substantial rise in FinCrime. Here is a glimpse of the journey of regulatory bodies in FinTech from 2014 to date.

Suggested: Brexit to Change Sanction and Money Laundering Regulations in 2021

The FCA was the first regulatory authority to offer authorisation and regulatory sandbox regimes in the United Kingdom. Last year, the FCA amended some of the regulations to meet the new anti-money laundering directive and incorporate the FATF’s international requirements. As per the amendments, some additional information is required from high-risk entities and monitoring in some cases as well.

For German FinTechs, there are no relieving conditions and BaFin published notes in October 2015. These notes have six different business models along with supervisory information. As compared to other European regulators, BaFin’s conditions for AML/CFT were stricter making it difficult for businesses to grow. Hence, there was a need for unified regulations in European Region.

The first-ever FATF conference for FinTech and RegTech was held in February 2017 and the sole purpose of this summit was to unify the AML and CFT laws. As of today, FATF focuses on different rules that apply in various regions of the world for digital identity verification and customer due diligence protocols.

Recommended: | 40 recommendations of FATF – Shaping the future of your business

The ECB published two guidelines in March 2018 regarding the evaluation of license applications and credit applications of FinTechs.The latter guideline outlines the requirements for a license application for the bank business models that offer technology-based services. The purpose of ECB is to ensure that FinTech banks are authorised properly and have risk controlling equipment that can assist them in mitigating risks within their field of operation. As per the ECB, FinTechs must be treated by the same standards as other credit institutions.

Financial Crime Enforcement Network (FinCEN) is the regulatory body of the United States and as per FinCEN, money laundering and terrorist financing have significantly changed over time. The regulatory authority has taken recommendations from the AML Effectiveness Working Group and its most recent amendment in the Bank Secrecy Act (BSA) is the implementation of beneficial ownership and customer due diligence requirements. Now, FinTech companies of the region have to obtain beneficial ownership information and report to FinCEN.

The Current State of FinCrime in FinTech

Currently, money laundering and terror financing cases are increasing rapidly. A few weeks back, the Financial Conduct Authority (FCA) narrowed down its attention to Wirex, a crypto and fiat currency payment provider. The company was accused of money laundering as per an investigation by Fintech Futures. In response to this allegation, the legal team of the company said,

“The article in question contains a number of false, defamatory and misleading statements, including the allegations that money is being laundered through the company, and Wirex is currently considering its legal options to have the article removed immediately.”

Initially, the concerns were raised in February 2019 when employees of Wirex independently reached out to FCA and complained about the customers’ money being laundered through the firm. One of the senior compliance officers also pointed out crypto trade that didn’t belong to Wirex.

Wirex was found to be violating the Fifth Anti-Money Laundering Directive (5AMLD) that was effective in January 2020. Furthermore, Wirecard (former payment processor of Wirex) has activities seized in the United Kingdom since last June when €1.9bn errors were identified on its balance sheet.

Many other cases have been reported over the past few years and so, the regulations on FinTech firms has significantly increased. Without rigid regulations, the cases like Wirex will increase at a faster pace making it difficult to control them later.

The FinTech industry is growing rapidly and its growth is a goldmine for financial criminals. To combat money laundering and terror financing, FinTech firms have to follow certain laws from FinCEN, FCA and other regulatory authorities. Non-compliance with these regulations results in hefty penalties and after 2020’s record-breaking fines, the year 2021 can expect a rise in these penalties. Criminals have become more sophisticated in their illicit activities and without rigid regulations in the FinTech sector, it will not be easier to combat FinCrime.

Shufti Pro AML compliance solution deploys thousands of AI models that can verify the identities and check backgrounds in seconds along with 98.67% accurate results. You can onboard legitimate customers only, comply with regulations and keep your FinTech company secure from fines.

To know more about AML in the FinTech sector, talk to our experts right away!