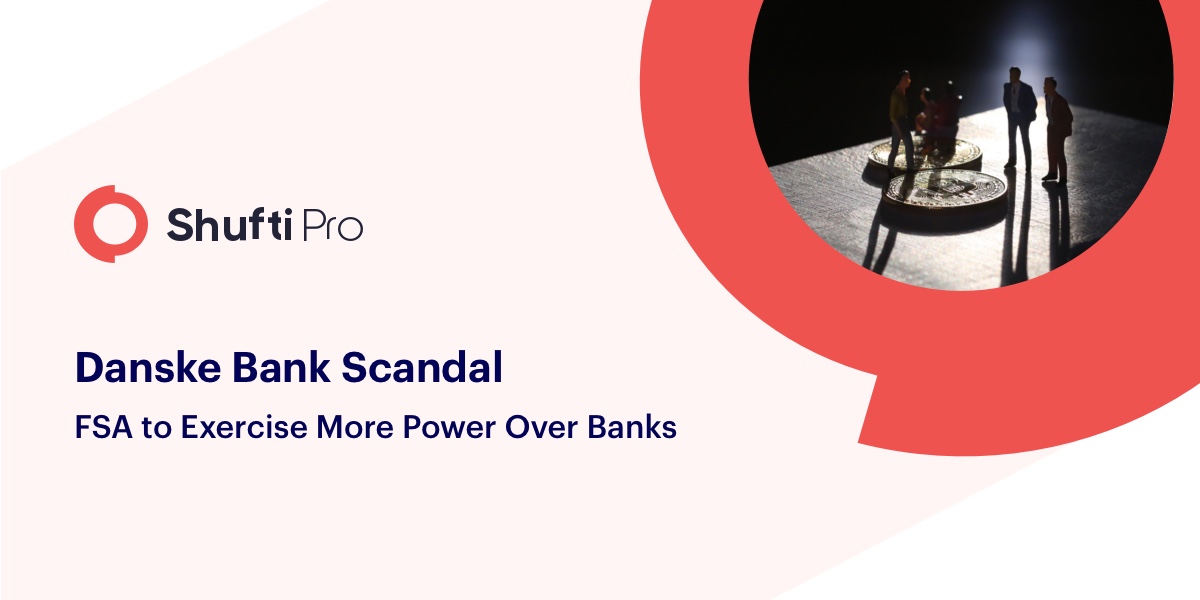 Money laundering is becoming a global phenomenon. As per the United Nations Office on Drug and crime, money laundering of an amount equal to 2% to 5% of global GDP is laundered annually. Huge scandals, like Swedbank and Danske Bank’s money laundering cases, surfaced in the last few years and made the regulatory authorities to become more stringent in their AML regulations. The regulatory authorities in Denmark are also planning to exercise more stringent control over the banks, as they are commonly targeted for such crimes.

The Denmark authorities and government are all set to give a hard time to the banks regarding AML compliance. Financial Supervisory Authority (FSA) is the regulatory authority in Denmark that has joined forces with the government to eliminate money laundering prevailing in its financial system. The aim is to achieve a fraud-free financial ecosystem through the regulation of banks and other financial institutions.

Danske Bank was once considered one of the most trusted financial institutions of Denmark. It fell from grace when the biggest money-laundering scandal rose to the surface with Danske bank pointed as the culprit.

The bank was involved in one of the huge scandals of money laundering, where €200bn was channeled through the Estonian branch of the bank. The banks were also charged with the lawsuits of manipulating their investors in several other countries.

The in-depth investigation of the bank’s history reveals that the Estonia Branch was used for illegal activities for a long time. It started with the opening of the Estonia branch of the Danske bank in 2007. Months after its launch the branch faced criticism from the Estonian watchdog regarding the weak KYC practices. Also, the Russian Central bank warned the branch that it was being used for money laundering.

The Estonia branch became even more open for money launderers when the AML protocols of this branch differed from that of the Head of Danske Bank in Copenhagen due to some technical changes.

In 2013 a whistleblower contacted the regulatory authority in Denmark regarding the huge amount of non-resident funds through the Estonia branch of the bank. Based on those revelations internal auditors revealed that a huge amount of money actually flowed through that branch, including the money from a high-profile Russian Family whose assets were managed by a UK firm.

Dring 2015-16 the branch closed all its non-resident operations. Later in 2017, U.S, Azerbaijan, Moldova, Russia, etc claimed money laundering through that branch, which affected the investors. Following those claims, the Danish regulatory authority apprehended the bank but did not take any action. In 2018, the Chief Executive of the bank, Mr. Thomas Borgen was removed from the office.

Due to continued reports and global shame of Danske Bank, Denmark’s regulatory authority took action and demanded the closure of the Estonia branch of the bank.

Also, the Denmark government decided to take some rigid steps for the thorough implementation of AML regulations. To do that the regulatory authorities did research and it was found that the financial regulatory authority of Denmark FSA needed some major changes regarding its authority and laws.

One of the major changes made in the AML regulatory landscape is focused on banks and the authority exercised by the Financial Supervisory Authority (FSA) of Denmark on banks. The government aims at regaining its image of the least corrupt country by extending the authority of FSA. The Danish business minister, Rasmus Jarlov said, “we need a more strong and more aggressive financial regulator.”

The Authority of FSA to charge penalties from banks

The increase in the financial budget of FSA

The financial budget of FSA was increased by the majority vote of the Danish Parliament. The regulatory authority will receive a $7.25 million increase in its annual budget to increase its activities of anti-money laundering.

FSA will be exercising a more rigid approach towards efficient completion of its duties. The regulatory authority is given more authority, money, and staff to ensure thorough AML compliance by the banks.