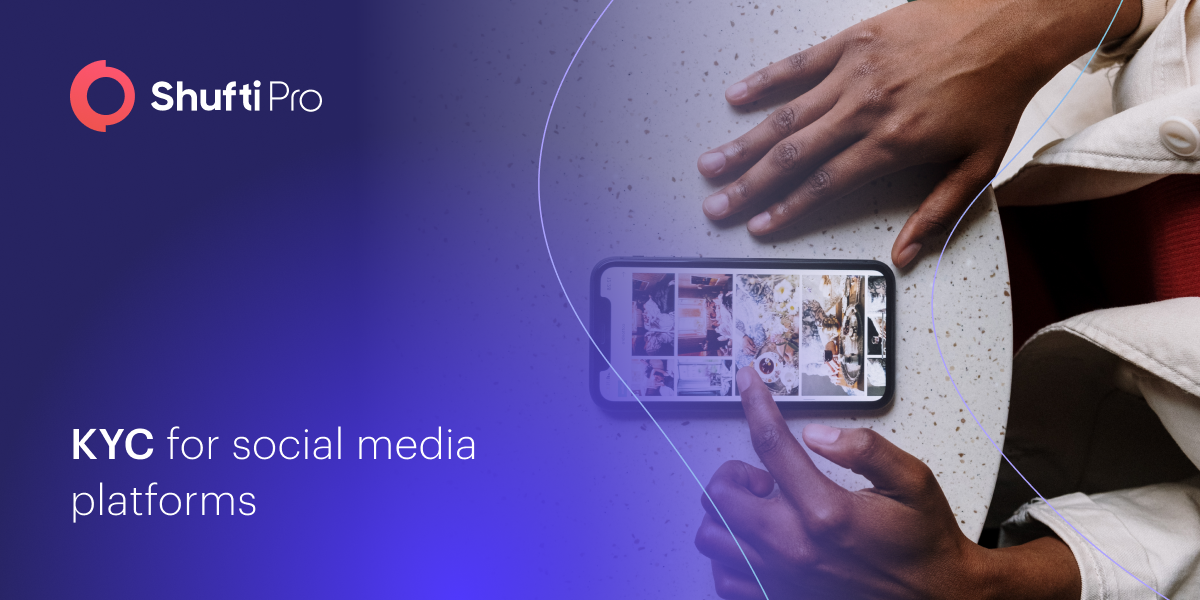 In the introductory phase, social media platforms were merely a small part of the internet where only very few users were found. As time has shown, the unprecedented growth of Instagram, Facebook, and Twitter has taken them to the point of playing major roles in predicting the outcomes of elections and assisting marketing campaigns. However, all this growth and development does not come without problems.

According to Facebook, the percentage of hate speech on its platform is 0.11 per cent, meaning every 1 in a thousand pieces of content contains something negative. Every business and individual is linked with someone who has been the victim of online scams on Facebook and Twitter. Cases involving malicious actors who steal identities for their illicit motives are always part of the news. One-third of all romance scams are said to originate from social media platforms due to the absence of identity verification checks. Businesses dealing with their clients through social media platforms want to know whether they are dealing with legitimate customers.

For instance, Facebook claims that it has employed 35,000 people just for the purpose of moderating content. However, this number is no match for the 4.62 billion social media users in the world. If calculated, there is only one moderator for about 82,000 social media accounts. Fraudsters are becoming more and more sophisticated in their acts by utilising deep fakes and conducting synthetic identity fraud. This leads even the social media savvy users into trouble as they fail to recognise a fraudster.

In light of the rising online scams, governments and regulators are beginning to put pressure on social media platforms to restrict fraudulent activities by conducting identity verification. Even though many say that identity verification should never be a requirement on social networks because it would not be effective against those who spread misinformation about politics and Covid vaccinations.

Facebook and Twitter have, for quite some time, implemented a system of account verification that labels authentic social accounts with a blue tick mark. However, this doesn’t stop fraudsters from creating fake accounts and getting away with illicit activities. Twitter even ended the verification system for a while when some fake accounts were incorrectly verified.

Facebook is also not far behind, as it has implemented an identity verification condition for a long time, but only in the condition when a user is locked out of their account. Furthermore, Facebook also changes their identity requirements depending on the content posted, including behaviours, words, and images are considered to trigger pending verifications and account reviews. When fraudsters create fake accounts on social media and defraud legitimate users, the losses exceed the reputational damages to businesses and also put a permanent stain of distrust in the customers.

Social media platforms strive to fulfil their business goals of ensuring maximum traffic while protecting the privacy of users. Otherwise, they risk facing increased scrutiny from regulators and the loss of customer trust. It is essential for social media platforms to protect the identities of legitimate users from going into the hands of fraudsters and hackers who use them for illicit gains.

Not only businesses operating through social media platforms, but also politicians and government institutions face the concerns arising from fake accounts on social media platforms. World governments are not taking steps to propose legislation to enforce the implementation of identity verification measures on social platforms. For instance, the Australian federal government is planning to crack down on “bots and bigots and trolls” by introducing legislation to parliament that will require social media companies to collect the details of all users. As a result, courts will have the authority to ask for the identities of users from businesses to assist in defamation cases, hence ensuring order in what the Prime Minister called the online “wild west”.

Not only Australia, but France is also keen on taking action against fraud on social media platforms. French Senator Alain Cadec actually introduced legislation for creating a Digital Identity Control Authority. If the legislation is passed, it will enforce the transfer of social media users’ identities to the new authority. The Digital Identity Control Authority would then send the social media platform “a non-nominative identifier,” attesting to the user’s identity but not revealing it in order to protect their privacy. The authority could also later reveal social media users’ identities at the request of a responsible court, and only to punish a statement that violates the law.

Shufti Pro is a UK-based IDV service provider that aims to provide its clients with the solution to counter online fraud and identity theft. Offering the next generation of Know Your Customer solutions to businesses, Shufti Pro takes numerous aspects and social media trends into consideration.

Running a business successfully through social media platforms requires consistency and legitimate traffic, which cannot be achieved unless the platforms are secured. Both the business and its customers are deprived of the desired services and profits when fraudulent entities step in and manipulate confidential information to create fake accounts. Shufti Pro’s identity verification solution helps businesses run their social media campaigns smoothly while ensuring customer satisfaction. By verifying the identity of users registering on social media platforms, the risks of fraud can be significantly reduced.

Want to learn more about our identity verification solution for your social media platforms?