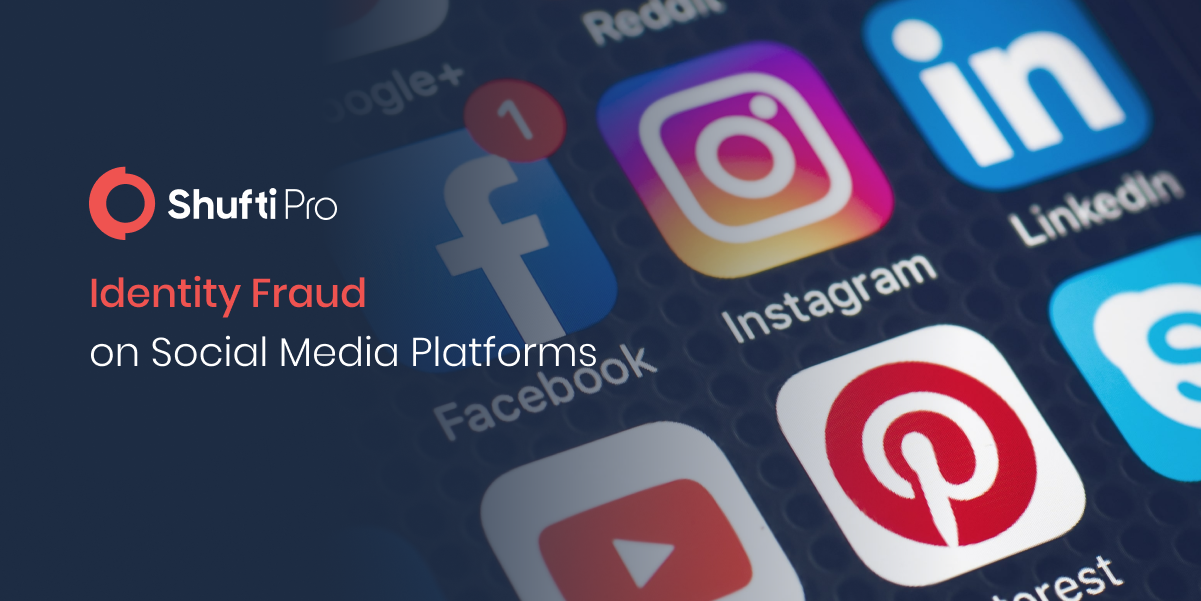 With almost 70% of the world’s population interacting through social media platforms, businesses strive to establish their presence and provide better services to customers. Social media is abuzz with new developments and features that allow businesses to improve their reach but not without the risk of fraudulent activities.

Cyberbullying, fake job scams, trolling, and fraud that targets the personal information and bank accounts of social media have changed the way privacy is abused in society. As a result, there is a growing need for social media platforms to incorporate identity verification measures into their systems.

Prominent social media platforms like Facebook and LinkedIn have a  requirement of using real names for registering a personal or business account. As these platforms provide users the functionality to interact and perform business deals with new and already known people, identity verification is an important measure to avoid fraud. In the UK, there was a petition for verifying the identity of users prior to signing up for an account on social media.

Similarly, France had a bill in the Senate that was aimed at banning anonymous social media accounts. Apart from these two European countries, the considerations for social media ID requirements in Australia show how critical the situation of social media fraud has really become. Although none of the proposed bills have been made part of the law yet, they do show how serious governments are taking this situation.

Operations involving online shopping and functions like account retrieval do require identity verification on social media platforms, but it is generally not a requirement as of yet. That being said, other social media platforms like Twitter and Reddit still offer a certain level of anonymity to users. For instance, there are no obligations for registering on the platforms with a real name even though there are rules to prevent the mishandling of personal information for fraud.

Considering the futuristic approach, it’s safe to say that a hybrid approach will soon be adopted by social media platforms to verify the identity of users on platforms that currently provide anonymity. An already implemented example of this approach is Twitter and Instagram verified accounts that are authentic, notable, and active. Users and businesses that wish to have a verified account also have to undergo an identity verification procedure.

The Pros and Cons of Verification-free Social Media

Most notable social media platforms of today offer distinctive naming conventions and rules that have both advantages and disadvantages of their own. As per the current approach, there is a considerable margin of anonymity, which, if used in a criminal way, can create a huge gap between an online profile and a real person. This in turn enables fraudsters to post and say things that the real person would not, and also allows them to manipulate social media marketplaces for their own benefit.

This means that fraudulent advertisements and job postings can be shared on social media without any kind of checks. Bad actors with the wrong opinions about a political or communal entity can easily share content that threatens their image. Moreover, what people express in the comments section is perceived by the emojis and the tone that appears to be used. Some races that are subject to discrimination also face issues when fake accounts are created by stealing personal information as well as photos.

However, social media platforms do not provide complete anonymity, as those who realize the fake accounts and fraudulent activities often report and publicize the information. This means governments can also make efforts to require social media platforms to provide information regarding a particularly suspicious person. Anonymity does, however, still open doors for inappropriate or hateful content that real people would never post using their own accounts. The rate at which content is shared and spread on social media means that once a fraudulent entity gets access, it’s practically impossible to stop the abuse and theft of personal information. According to a survey from September 2020, 41% of US citizens reported online harassment, and 75% said that they were harassed through social media platforms.

How Social Media Can be Fraud-Free

The definitive solution for social media platforms when it comes to ensuring a fraud-free digital environment is to adopt an AI-driven identity verification solution. The implementation of AI and its powerful machine learning algorithms enables businesses to analyze and eliminate suspicious and abusive activities on social media platforms. These include the more common problems like fake accounts as well as the theft of account information through social media marketplaces.

Prominent social media platforms and tech giants are constantly making efforts to develop best practices to find a balance between security and convenience. These include solutions that allow businesses to promote their products, analyze business growth, and improve product quality based on customer reviews. The common aim of these practices is to ensure the prevention of fraud and abusive activities that originate due to the anonymity offered by social media platforms. What’s important for service providers is to understand customers’ requirements while ensuring that their account information is safe to share on social media applications.

Shufti Pro strives to provide its clients with new opportunities to adopt a digital identity verification solution that enables them to scale and achieve their business goals. We realize that the next generation of Know Your Customer solutions needs to be developed while taking numerous requirements into consideration.

Running a business successfully through social media platforms requires consistency and legitimate traffic, which cannot be achieved unless the platforms are secured. Both the business and its customers are deprived of the desired services and profits when fraudulent entities step in and manipulate confidential information to create fake accounts. Shufti Pro’s identity verification solution helps businesses run their processes smoothly while ensuring customer satisfaction. By verifying the identity of users visiting social media platforms, the risks of fraud can be significantly reduced.

Want to learn more about our identity verification solution for your social media business?