| How is Libra’s Launch Changing the Cryptocurrency Landscape?
Skip to content 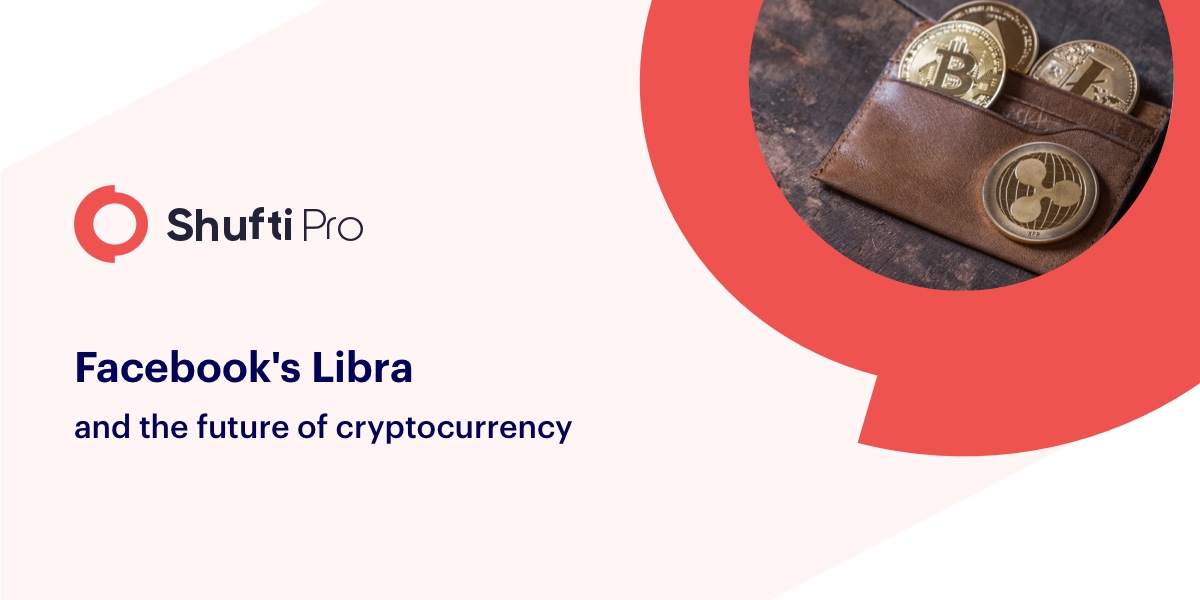 How is Libra’s Launch Changing the Cryptocurrency Landscape?

Libra will have to go the extra mile to prove itself worthy of global acclaim that it aims to achieve.

Facebook will have to take major security measures for KYC/AML Screening and data security to gain the confidence of the global regulatory authorities and other stakeholders in the global financial system.

There are several reservations of the global regulatory authorities related to Facebook’s Libra. The unconventional framework of the Libra association, its huge goals and the closely knitted stewardship of the company are some worth mentioning. Due to this not so typical cryptocurrency business model, Libra is facing huge criticism from the masses. But the founders are persistent in their goals and aim to get the regulatory authorities by their side before the launch of Libra.

Introduction and Timeline of Libra

Libra is a cryptocurrency founded by Facebook under the supervision of Libra Association, registered in Switzerland. It is projected to be launched in 2020. Facebook shared the news with the world in 2019 and triggered the bombardment of criticism from several entities towards Facebook and Libra association.

Libra association is a group entity, it plans to onboard 100 members and currently, it has 28 members. Some big companies like PayPal, Visa & MasterCard and Uber are some exceptional members of Libra Association.

Libra Association aims to start its operations after receiving acceptance from major regulatory authorities but projected to launch in 2020. Ever since the news of the launch of Libra, the cryptocurrency market also experienced major fluctuations of its history.

The reservations of regulatory authorities, lawmakers and analysts over the Launch of Libra

The regulatory authorities, analytics, and lawmakers have a list of reservations over the launch of cryptocurrency by Facebook. Below is a list of some of the major reservations that gained acclaim from the masses:

The lawmakers are concerned over Libra’s connection with Facebook. It is expected that Libra will be the most quickly and widely accepted cryptocurrency because of the massive global clientele of Facebook. This will affect the cryptocurrency market and might make Libra the competition of global fiat currencies like dollar, etc.

If Libra received the success projected by the analysts then it might be the substitute of fiat currency. But the co-founder of Libra, David Marcus acclaimed that Libra is not designed with the intention to compete with fiat money, it is merely a solution to ease global online payments.

Libra will be backed by fiat reserves on a ratio of 1:1, and this is one of the major concerns of regulatory authorities. If Libra will receive the expected growth it will gain tremendous economic power which will affect the fiat currencies and governments.

Although this feature of fully fiat-backed cryptocurrency makes Libra worthwhile for the investors, as most of the investors prefer to invest in currencies with low risk.

Libra has raised a huge chunk of investment from diverse industries. The Libra Association has members from telecommunications, non-profit organizations, payments, and venture capital. The members infer that they joined the Libra association because it is a revolutionary project.

The analysts are raising questions on the credibility of Libra due to the closely knitted board of the association. A few major investors like Peter Thiel, Fredric Court, Mark Zuckerberg, David Marcus, and a Venture capital firm Andreessen Horowitz, are somehow related to Facebook or were related to it in the past.

This closely related stewardship of Facebook is raising suspicion. It is inferred that Facebook is a high-authority member of Libra and will exercise control over the Libra Association.

Although the cryptocurrency market showed good progress since the news of Libra’s launch. It is expected that Libra will form a hegemony in the cryptocurrency industry. The crypto wallets and other cryptocurrencies might face downfall because the companies that invested in Libra will guide their customers to pool in Libra. This reservation is still in an ambiguous state until the launch of Libra.

Facebook was charged with heavy fines in the past due to misuse of the personal data of its users. It was fined $ 5 billion over violations of consumer data protection. The company was fined for giving access to Yahoo and Amazon to the personal data of its users. Also, FB claimed that it saved $3 billion in its budget for non-compliance penalties.

The past of Facebook is raising suspicion among the regulators, it is expected that if Facebook’s Libra did this once to the financial confidential data of its users, it will wreak havoc in the global economies.

How is Libra Association Coping with this Barrage of Criticism?

It is a cryptocurrency and not an investment vehicle

The reservations of the regulatory authorities are answered with the unconventional model of Libra Association. The association is aiming to create ease in global payments and to decrease dependence on banks. The new cryptocurrency aims at creating ease in payments and developing a decentralized payment solution for the people around the world and not the creation of global speculation opportunities in cryptocurrency exchanges. Libra association has clearly declared that its primary aim is to provide a global payment solution and not the investment vehicle.

Libra is striving for the approval of the global regulatory authorities

David Marcus the co-founder of Libra expressed his commitment and said, “I agree with you that this needs to be analyzed understood and the proper oversight needs to be set up before Libra can launch. This is my commitment to you: we will take the time to get this right.”

What might be the impact of Libra on money laundering and terrorist financing?

Global regulatory authorities are working hard to enhance the security practices of cryptocurrency facilitators. KYC and AML screening of investors and users is necessary for several global regimes, like FATF, etc. The launch of Libra might be exploited by money launderers and terrorist financiers as the cryptocurrency will provide easily accessible payment solutions. To eliminate this risk, Libra Association will have to implement stringent security measures like in-depth screening of its customers, record keeping of all transactions, etc.

Libra will have to invest a lot in identity verification and KYC/AML screening of its stakeholders. With the tinted past that the company has with regard to information security, it will have to take huge steps to go the extra mile in preventing its misuse.

Outsourced KYC and AML screening solutions can be a feasible solution for Libra Association because many criminals and speculators have seen opportunities in it. Online KYC/AML screening of all the concerned entities – investors, customers, partners, employees, etc – will help the association in gaining a global risk cover for its global project.